Kenny Sharpe's In: A crawl up the Basilica bell towers in St. John's | CBC News Loaded
Nfld. & Labrador·Point of View

Kenny Sharpe's In: A crawl up the Basilica bell towers in St. John's

If there were a character in St. John's who went by the name Quasimodo, he or she would likely live comfortably even with a hunchback, in the towers of the capital city's Basilica Cathedral of St. John the Baptist.

Kenny Sharpe · CBC News · Posted: Sep 06, 2015 8:23 AM NT | Last Updated: September 6, 2015
If there were a character in St. John's who went by the name Quasimodo, he or she would likely live comfortably even with a hunchback, in the towers of the capital city's Basilica Cathedral of St. John the Baptist.

Facing towards the harbour's Narrows and sitting on one of the highest perches of North America's most easterly city, the place of worship is as much a landmark and tourist destination as Cabot Tower on Signal Hill or the lighthouse of Cape Spear.

But what visitors, or even many locals, may not know, is that each day at noon, Island time, the iron bells of the Basilica ring from atop the building's two towers.

Better part of 20 years to build

Construction of the Roman Catholic church began in the late 1830s and would take the better part of 20 years to complete, during and after which the bells were hung inside.

On a very wet and windy afternoon in July, the CBC's Kenny Sharpe was taken on a journey up about 150 feet, to the clock and bell tower rooms of the left (west) tower.

Church member Harry Megann, 70, is my guide, who notes that the passageway up is "probably not up to safety code," and that "no one has probably been up here in years."

Megann says in the Basilica's right (east) tower there is a bell named St. John weighing about 2,000 lbs. It was once "the biggest bell ever cast in Ireland."

Kenny Sharpe's In: A tour of the Basilica bell tower

7 years ago
Duration 4:33
Kenny Sharpe given a tour of the rarely seen Basilica bell tower

In the left (west) tower, hang eight smaller bells, which together make the octave that rings each day at noon.

Spoiler alert! The bells ring with the help of computers. 'The Singing Tower Supreme' is a remote-controlled bell ringing system, programmed each day to ring at noon. However, the bells can be rung at any time, like at weddings or funerals, with the press of a button.

But as Megann indicates, "No one barely ever hears the bells ring because it's always too windy and rainy."

This tour of the Basilica's clock and bell towers is NOT open to the public. 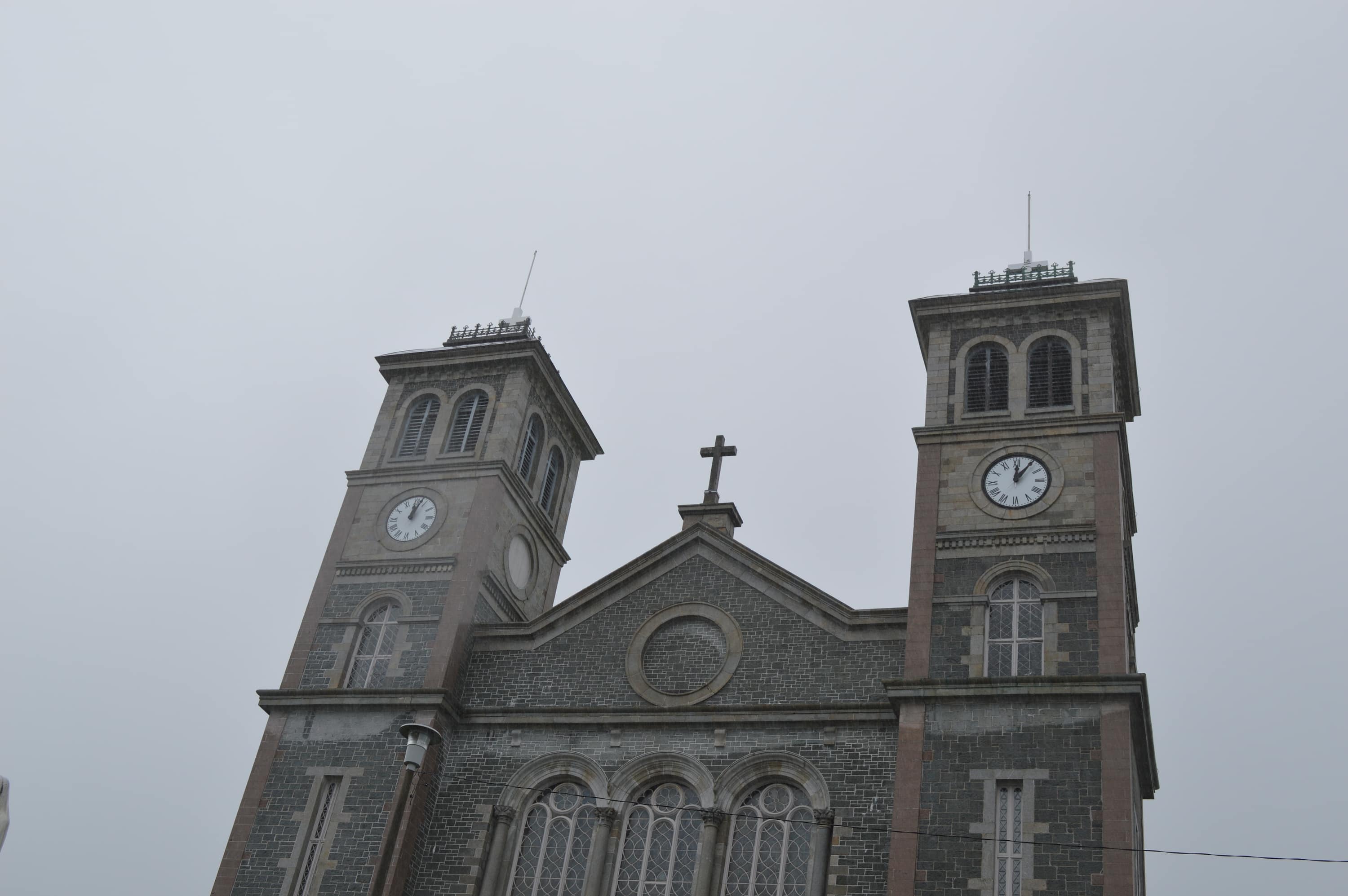 Kenny Sharpe's In: A new series

This has been the fifth instalment of In, a series that aims to take you inside places we don't often see. If you have a place, event or topic that you think Kenny Sharpe should explore, send him an email (kenneth.sharpe@cbc.ca) or follow him on Twitter.

Kenny Sharpe is currently reporting in Europe as part of the 2022 Arthur F. Burns Fellowship for Foreign Correspondents. Originally from Newfoundland and Labrador, he reports on daily news with a focus on the environment, mental health and politics.