The city is asking residents to water gardens to prevent flare-ups, and to call 911 if necessary.

People living in the Kenmount Terrace neighbourhood of St. John's are being asked to return to their homes to check for hot spots, as fire crews continue to work to extinguish any remaining hot spots in a wooded area on the cusp of the subdivision

Hot weather and high winds posed problems for crews battling the fire earlier Monday afternoon, but by the evening, firefighers had the blaze mostly under control.

Resident Gary Cranford said when he saw the initial flames, he worried that the whole neighbourhood was at risk.

"I mean it was just like a picture from Fort Mac," he said.

"When I looked and saw the smoke from all the back of these houses, I figured there wasn't gonna be nothing left."

A waterbomber and a helicopter were sent to battle the flames, and smoke could be seen billowing from the area earlier, but fire crews acted quickly to stop the situation from getting worse.

"Siding is burnt off of 11 houses. The patios are gone on some of the houses," said Scott Tilley, St. John's Regional Fire Department acting platoon chief.

He asked people living in the area to come back Monday evening and monitor their properties for potential hot spots.

"We'd just like [people] to come back and water your flower boxes, all the mulch around your house is pretty dry, and just keep an eye on it."

People in the area were also advised to shut all windows in their homes, and turn off air exchangers and heating, ventilation and air conditioning systems. 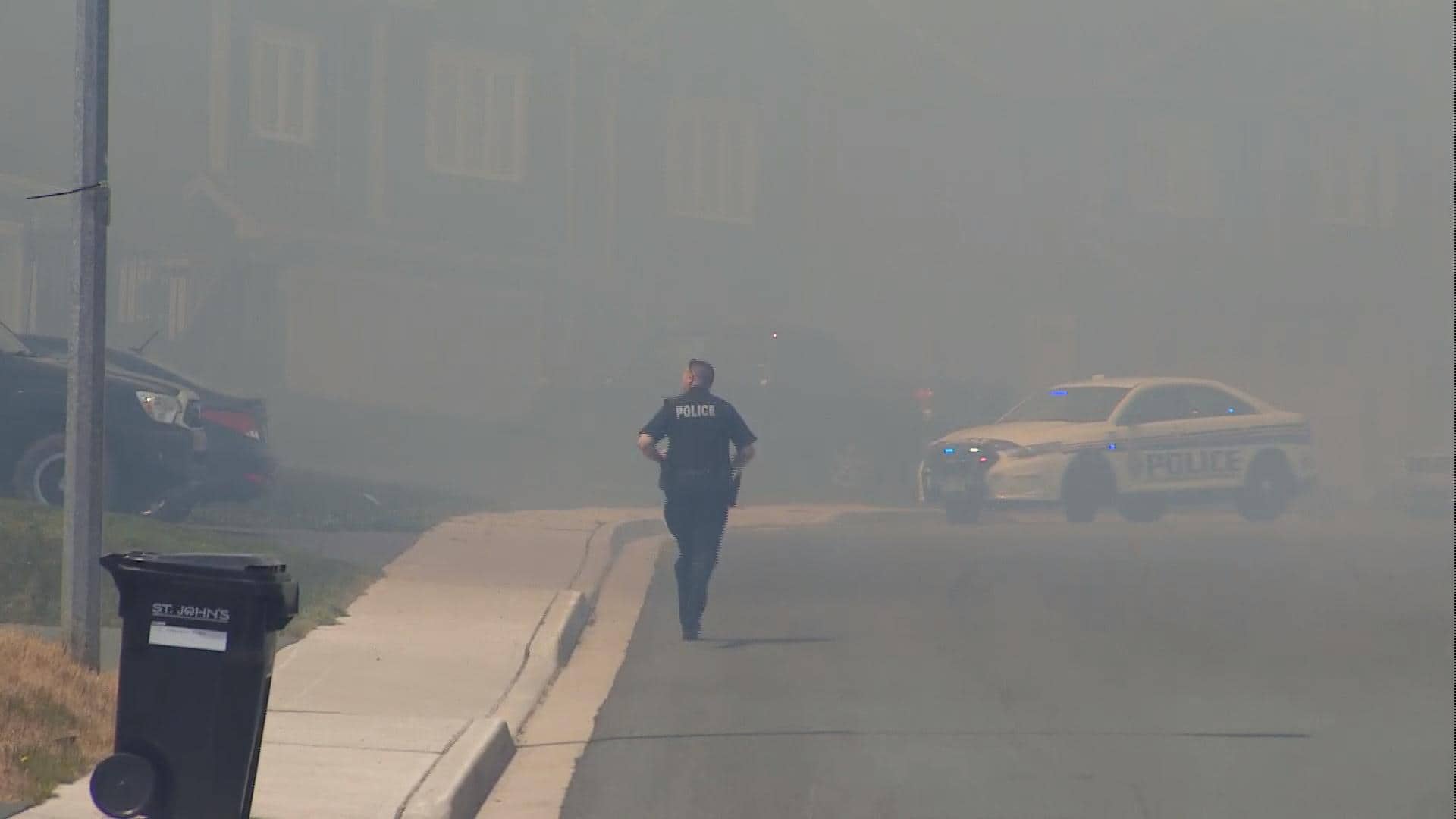 2 years ago
1:25
Fire forced Kenmount Terrace residents out of their homes Monday 1:25

Tilley estimated earlier Monday that the fire was about half a kilometre long.

Kenmount Terrace resident Alice King said she smelled the smoke first, and then looked out her window and realized she might be in trouble.

With heavy winds. she said the fire was moving quickly.

"I saw it over there and then looked right at the fire in front of me," said King, pointing.

Earlier Monday, police were seen going door to door in the neighbourhood asking residents to leave their homes, and residents were seen leaving with everything from pets to guitars to file folders of documents.

Metrobus sent a fleet of buses to help with the evacuation. The City of St. John's said it was opening its emergency operations centre.

Noah Burton, who lives in the area, said he was at school and had run home to see what was happening.

He talked to a neighbour who said his back deck was on fire.

By Monday evening, some homes were still without electricity, but Newfoundland Power said it expected all services to be restored by the end of the night.