New friendships have been forged in tragedy, while a mother is committed to keeping Suncor to task to keep worksites safe.

At 10:30 a.m. on April 29, Jonathan Murphy called his mom with doubts about buying his first home. Some men were getting laid off at the Suncor Fort Hills site that day, he told her, and Murphy was worried he'd be one of them.

By 1:35 p.m., all those doubts were erased. He'd kept his pipefitting job, and called his mom with an update: "He said, 'Mom, house going ahead. All plans are full-stream ahead,'" Terri Murphy said.

That was the last call she had with her eldest son.

He had planned on coming home that evening, and beginning the process of purchasing a house the next day.

"He was so happy," Terri Murphy said of that phone call. "And for that, I'm very thankful."

At 3:05 p.m., less than two hours before his shift was set to end, Murphy was pronounced dead.

His family, friends and co-workers are irrevocably changed.

Jonathan Murphy, 24, was killed when a young man driving an F-350 on the Alberta work site backed over him. His colleagues held him. They tried to save him. But it was a fruitless effort.

For his mother, there are reminders of him at every turn that swallow her in grief. In the grocery store, bags of chocolate chips set her mind back to when she'd catch him sneaking them before she made cookies.

In the backyard, the family garage acts as a constant reminder of what they've lost. Jonathan wanted his father to have a garage, so when he started making money — first in Bull Arm, then Long Harbour, and eventually Alberta — he put his money where his mouth is, and made it happen.

Generosity, his mother said, is just one of many positive qualities exhibited by her son.

A loss for many

The Flatrock man's death has sent reverberations through the communities and towns north of St. John's, and beyond.

More than 780 people attended the wake and funeral for Murphy, who left behind his mother, father, younger brother, and a large circle of friends and family.

"It's not easy rearing teenagers," Terri Murphy said in an interview from her home. "With pipefitting, it just seemed like it fit and his life kept on going straight on up."

"I could see him going ahead in his job. He enjoyed his job. He was happy. He was making money. He was grounded. He had a beautiful girlfriend."

She and her husband feel robbed of seeing their son succeed in his job, get married, and have children of his own. 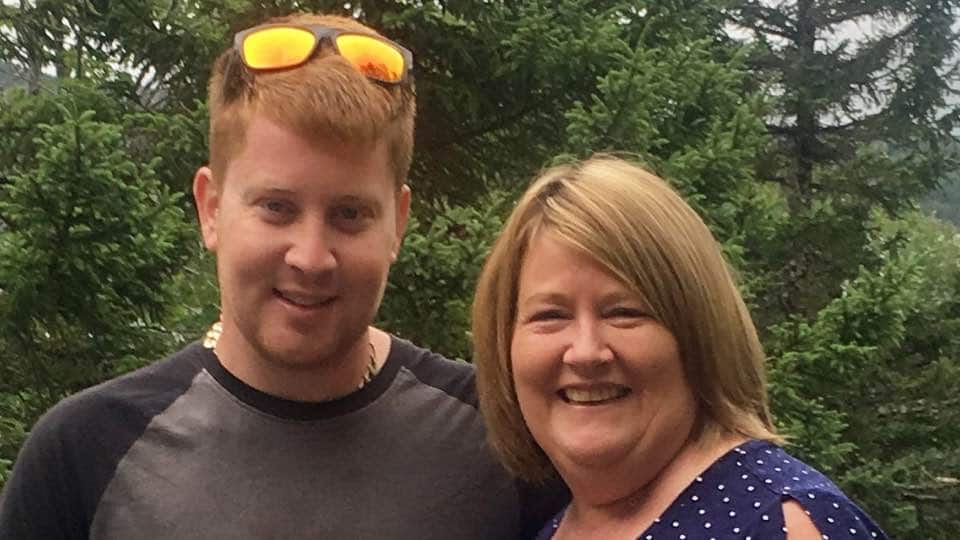 10 months ago
3:55
Jonathan Murphy, 24, died after being run over by a vehicle at the Fort Hills Suncor work site. Ariana Kelland reports. 3:55

The unfairness of it all is a bitter pill to swallow.

"I needed to see … we wanted to see that," she said, holding back tears.

"It's hard when that doesn't happen, when all those dreams are gone."

He was killed while working with Ledcor Group, and was doing maintenance work at the Suncor site.

Ledcor spokesperson David Hoff said it was a dark day for the company, and that Jonathan was popular among the small team of workers.

"The workers at site at the time of the incident were all part of a close-knit work crew," said Hoff.

"All crew members that were on site that day and working before and after the incident have had access to ongoing professional trauma and grief counselling."

Hoff said the company's focus was on supporting the Murphy family, and his friends and colleagues.

"Jonathan Murphy was a valued Ledcor employee and contributions were recognized by his colleagues and the company," Hoff said.

"Ledcor senior leaders have traveled four times to see Mrs. Murphy in Newfoundland and have spoken several times on the phone."

Suncor said its internal investigation is complete but the company isn't revealing any findings yet. The Occupational Health and Safety report by the Alberta government is not yet complete.

"It won't make a difference to us if the company is charged, whatever, it don't bring him back," she said. "There's no amount of money in the world that will replace him. He is irreplaceable."

Terri Murphy has been told what happened to her son, and has visited where he worked and died.

Murphy said the 19-year-old man driving the truck was supposed to do a walk around the vehicle before driving it. Drivers are supposed to beep the horn twice for backing up and once for going forward, she said.

According to what she's been told, the driver did none of that, she said.

"I understand, it's hard. He's 19 and he never meant to do that. Everybody gets complacent in their jobs sometimes but it's the one time you didn't do your walk around that something [like] this happened," she said.

"I worry about that young man."

The Association of Workers' Compensation Boards of Canada reported that 951 workers died in 2017. The majority of workplace-related deaths in that year were people working in trades, transportation and equipment operation.

'I can't let them off with it, either'

"The company needs to make sure the workers are doing what they're supposed to be doing, and if they see someone not doing it, right away they need to be disciplined," she said.

"A walk around a truck may not seem like a big thing but on this day, it cost a man his life."

Murphy said she is in contact with leadership at Suncor and Ledcor, and both companies, she said have been "good to the family."

When Murphy wanted her son's co-workers at the funeral, they were sent down.

When Murphy wanted mental health help for the tradesmen who tried to save her son, they were given it.

"It's hard but I can't let them off with it, either. There's responsibility when you have companies. And they are responsible for looking after the men on that site."

She said she is committed to making sure the companies are doing all they can to make workplaces safe.

Terri Murphy has a natural protective instinct that has only grown stronger since Jonathan's death.

She's protective of Jonathan's friends home in Newfoundland who are struggling with his death. She worries about the the co-workers who witnessed the gruesome incident.

She has weekly calls with the boom operator who held her son — a bond formed in tragedy.

"I can see the impact, I can hear it in their voices when I talk to them on the phone, and they're all thinking, 'What could I have done differently?' It's not their fault. They did what they had to do."

Recently, Terri and Joe Murphy were invited to the wedding of a man from Marystown who worked with Jonathan in Alberta.

The Murphys didn't know him until their son was gone. Now they're friends.

"You go out to the wedding and you're thinking, 'Wow, I'm never going to see this. I would have liked to see that.'

"I understand that not all things come like they should in life but he was special."