A Newfoundland and Labrador cabinet minister apologized Thursday evening after accidentally leaving comments on a voicemail, which the Innu Nation staffer who received them called "very racist."

Perry Trimper says he made a mistake, but won't say whether he will resign

A Newfoundland and Labrador cabinet minister apologized Thursday evening after accidentally leaving comments on a voicemail, which the Innu Nation staffer who received them called "very racist."

The call was placed on Wednesday evening to Dominic Rich, executive assistant to the Indigenous organization, in relation to questions surrounding a translator for motor vehicle registration.

After Trimper left his message, the call did not hang up.

An unidentified woman is heard saying: "Well, you know, you can't have it all in every language."

Trimper responds: "There's got to be an easier way to provide … it's not their God-given right to provide service."

Trimper adds even if the motor vehicle registration material is translated from English, "they won't read it."

The woman says "they have a feeling of entitlement," to which Trimper adds, "the race card comes up all the time."

The woman then tells Trimper to "wait for the Innu inquiry."

It was not immediately clear whether they were referring to the Innu, or the Innu Nation organization.

The conversation was recorded, and posted online by the Innu Nation.

What did Perry Trimper and a colleague say? Hear the recording: 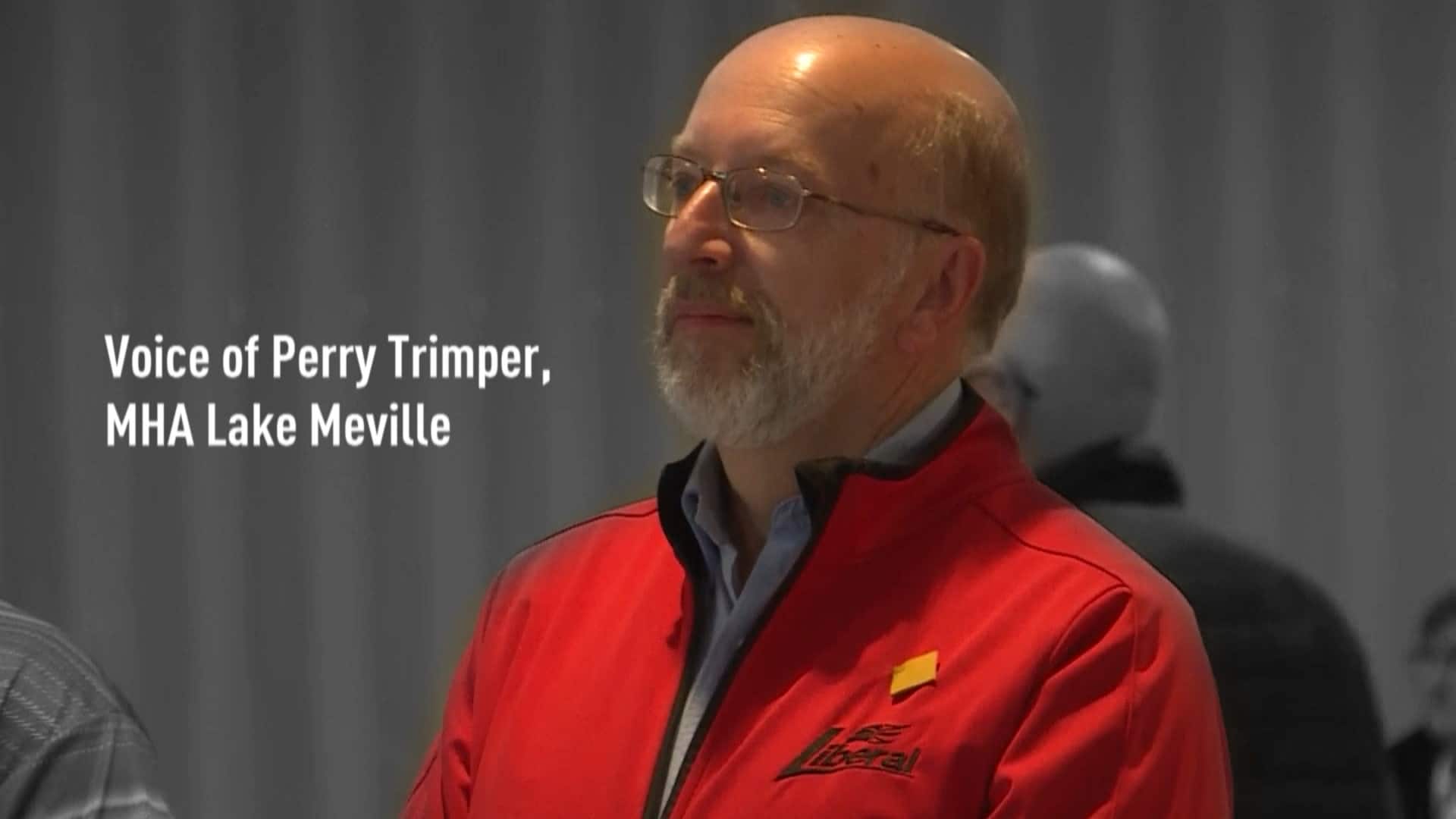 Perry Trimper left a voicemail with the Innu Nation. He didn't hang up

1 year ago
5:01
Lake Melville MHA Perry Trimper accidentally left a voicemail on a member of the Innu Nation's voicemail. 5:01

"The first thing I'd like to do is apologize," Trimper told CBC's Anthony Germain during a live interview on Here & Now.

"I'd like to apologize to Mr. Rich, the Innu of Labrador and the people of Lake Melville. It's not the Perry Trimper I work hard at."

"Regardless if it was recorded or not, I shouldn't have said it."

Trimper said he has worked closely with the Innu for 32 years, and this specific call was about frustration with fiscal challenges and financial pressure and the need for services.

Asked if he is going to resign, Trimper said he was focusing on making things right.

"I think the most important thing, first of all, Anthony, is to apologize. I've made a mistake and I have drifted away from who I value in myself. The best thing to do is to come clean."

Asked if he can rebuild trust, Trimper replied, "I will work on it."

The voicemail emerged less than a week after he was appointed to cabinet. He had previously been the Speaker in the House of Assembly.

In a statement, Premier Dwight Ball said he spoke to Grand Chief Gregory Rich "and apologized for what happened."

"In no way does Minister Trimper's comments reflect the views of Premier Ball, or that of the Government of Newfoundland and Labrador. Government values the relationship with the Innu Nation and holds the Innu Nation in the highest respect," the premier said in a statement.

Ball has offered to meet with Rich as soon as possible.

Dominic Rich said when he first heard the recording he was "full of shock and sadness."

But the greatest emotion he felt was betrayal, he added.

"The very core and the very fabric and the very thread of me being Innu just shook when I heard those words," Rich told CBC News late Thursday afternoon.

"The racism has to stop somewhere. It has to stop, it has to be discussed. If not, racism will continue on."

For the past 20 years, Rich has been translating provincial drivers' tests for residents who do not speak English. But the work has gotten busier and he isn't able to provide translation as frequently.

However, he is one of only two people allowed to provide the service.

He emailed Trimper to see if more translators could be approved. The voicemail he received Wednesday was in response.

In the voicemail, Trimper said, "it's like the ferries. It'd be better to have a helicopter on standby for people in the communities than to operate some of this stuff."

Trimper told CBC News that remark referred to "the financial challenges in the province and the need for services."

"The point that I was making is the services that we provide in this province are extensive and extremely expensive and in my demonstration for the need to provide translation services … again is a huge additional cost to do it."

"It's the challenge of trying to meet people's expectations," he said.

With files from Chris O'Neill-Yates and Anthony Germain