Tourism on Newfoundland's Northern Peninsula has gotten a big boost this year, with crowds flocking to towns earlier than usual to catch a glimpse of the icebergs. 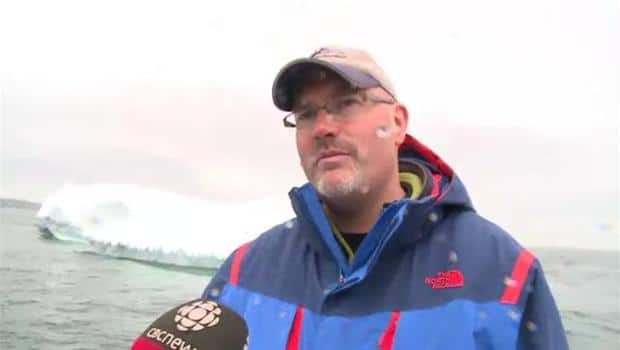 Organizers of the annual Iceberg Festival in St. Anthony said the icebergs along the town's coastline have given the region a big head start for its tourism season.

Tara Hillier, president of the St. Anthony and Area Chamber of Commerce, said while the weather may still be chilly, it hasn't stopped people from getting on a boat for a tour.

Everybody wants to see an iceberg, and we have them right here on our back door- Tara Hillier

"The biggest thing is that we get to kick start our season a little earlier. Tourism don't start until, usually, after school is out, and into July and August before we get good weather," she said.

"People are coming from all over. Icebergs — everybody wants to see an iceberg, and we have them right here on our back door so, yes, everybody is coming to Northern Newfoundland — the Great Northern Peninsula."

This is the sixth Iceberg Festival in St. Anthony, and organizers said it gets bigger and better each year.

For this year's festival, the local Tim Hortons restaurant created an iceberg doughnut, a treat exclusive to the community.

Hillier said it's not just St. Anthony that is benefiting from the increased in tourism.

"Different little things going throughout the community and other surrounding communities. Down in Griquet and L'Anse aux Meadows and those places, the whole area, we [are] seeing more and more tourists."

Jerry Fikis, from Ottawa, said a bit of bad weather allowed him to visit some other sites in the area, including the Viking settlement.

"[We visited] L'Anse aux Meadows yesterday and we are hoping today would be our kind of last hurrah with the boat cruise, so we are hoping for our one o'clock tour today and hoping the fog will lift just a bit," he said.