Iceberg collapse shows danger of getting too close

It's iceberg season in Newfoundland and Labrador and many people are getting close-up with the ice giants, but getting too close may not be a good idea. 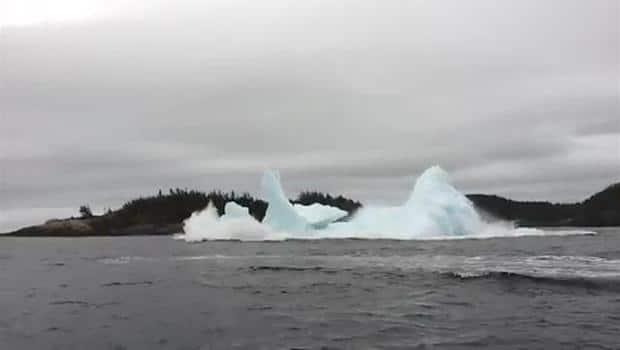 7 years agoVideo
0:35
Submitted by Brenda Oldford. Oldford's family was enjoying the holiday when within nine seconds this iceberg, about 75 metres away, collapsed 0:35

It's iceberg season in Newfoundland and Labrador, and some people are getting close-up with the ice giants. Getting too close may not be a good idea.

Brenda Oldford and her family were out on the water near St. Chad's admiring a nearby iceberg, when the berg started to collapse.

"That's why you don't get close to icebergs," someone can be heard shouting in the video.

Oldford said she and her family motored away in their boats as ice started to fall.

She said the situation could have been much worse if they had been too close to the icebergs.

Watch the video to see a spectacular event.