The scent of smoke and burning materials could be smelled across Mount Pearl and St. John's on Saturday morning.

A raging fire at Hotel Mount Pearl gutted the entire inside of the building Saturday morning, just days after a kitchen fire caused damage on Christmas Day.

A spokesperson for the St. John's Regional Fire Department says emergency responders received a call around 5 a.m. Saturday. It's not believed anybody was inside at the time.

Crews tried for several hours to bring the blaze under control, but it became obvious that saving the structure was not possible.

today's snow in the forecast also starting to come down now. <a href="https://t.co/KT6FrlngT4">pic.twitter.com/KT6FrlngT4</a>

The hotel has been a fixture on Park Avenue, near the boundary between St. John's and Mount Pearl, for more than 20 years.

Park Avenue was shut down throughout Saturday morning as crews from several stations fought the flames through falling snow.

Members of the Royal Newfoundland Constabulary, the City of Mount Pearl and other incident response teams were on scene throughout the morning.

"We're going to be here, I would say, three parts of today," said Platoon Chief Roger Hounsell with the St. John's Regional Fire Department early on Saturday morning. "We'll be here for at least another five or six hours." 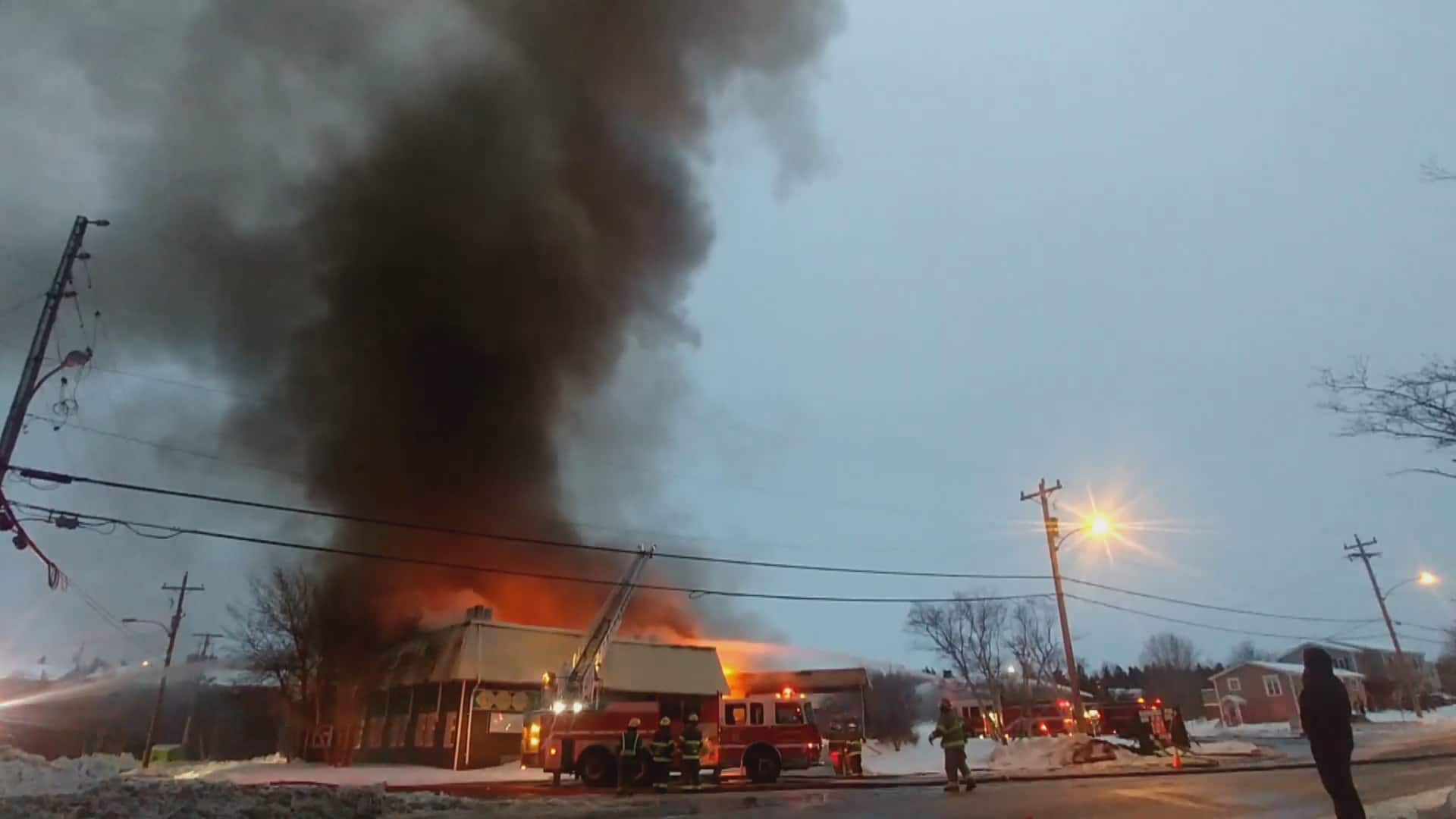 The smell of smoke and burning materials from the hotel could be noted across Mount Pearl and St. John's as residents were waking up.

The firefighters' union took to Twitter to ask residents to shut down their air exchange systems to avoid toxic smoke getting into their homes.

It's the third fire at the hotel in recent years. A fire in February 2014 caused extensive damage throughout the building.

After the Christmas Day fire, it was reported the hotel was closed for the holidays.

With files from Kenny Sharpe