New videos have surfaced on YouTube, showing the start — and the aftermath — of the August riot at Her Majesty's Penitentiary in St. John's. 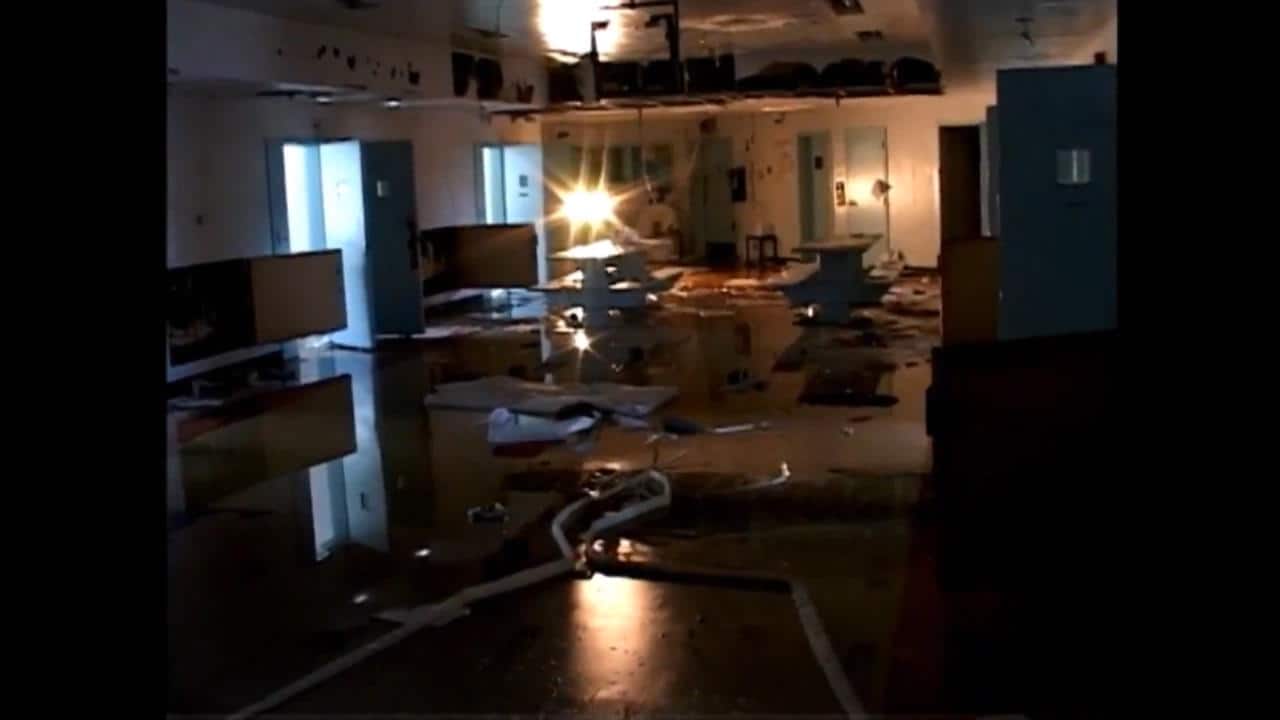 New videos have surfaced on YouTube, showing the start — and the aftermath — of the August riot at Her Majesty's Penitentiary in St. John's.

There is no information about who posted the video online, but the dates of the videos coincide with the dates and times of the riot.

In the first video, prisoners can be seen trying to blur security cameras at HMP with margarine.

After a few tries, the inmates manage to successfully smear margarine on the lenses, blotting out any images from getting through.

The second video appears to be filmed after the riot ended, and showcases the extent of the damage caused by inmates involved in the riot.

Flooding and water damage, smashed windows, and doors ripped of their hinges are just the tip of the iceberg of the havoc caused.

Courts have been told the cost of the damages totals nearly $100,000.

Six inmates were charged in the riot; all were initially accused of hostage taking, damaging property over $5,000, being disguised, and interfering with the lawful use of property.

Julian Squires was one of them, but he also pleaded guilty to the hostage taking and was sentenced to 18 months last week.

Adam Hayden and Justin Wiseman are still facing all the charges. They were to be tried in provincial court, but re-elected to Supreme Court and are now in the preliminary hearing stage.