HMP guards say they sensed something was going to happen

A prison guard told a St. John's court that he felt anguish following the February riot in the chapel at Her Majesty's Penitentiary, because he believed it could have been prevented. 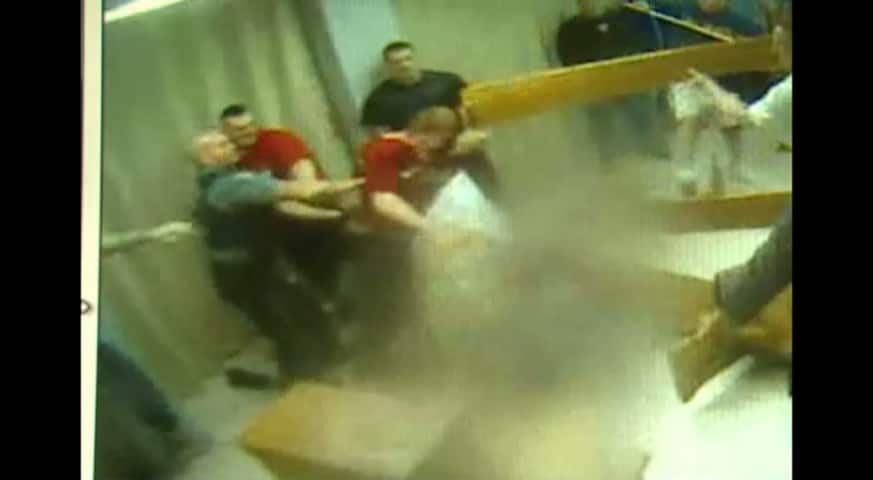 A prison guard told a St. John's court that he felt anguish following the February riot in the chapel at Her Majesty's Penitentiary, because he believed it could have been prevented.

Paul Taylor testified Tuesday that he knew something was going on because of the number of inmates headed to the chapel for service on Feb. 9, adding they were walking as if "heading to battle."

Jody Clarke, Justin Harvey and Calvin Kenny are being tried for participating in the riot and assault causing bodily harm. Convicted killer Kenny Green is believed to have been a target in retaliation for the death of Joey Whalen.

Justin Wiseman and Paul Connolly have already been convicted for participating in the incident. Philip Pynn is being tried separately.

Taylor told the court he believed Kenny and Pynn were using shanks to attack Green. However, he didn't see Pynn or Kenny with shanks.

Guard Duane Skinner, who was also on duty the day of the attack, said he was warned by other guards just before the riot broke out that something could be going on that day.

Skinner said he was told this because unit 3, Pynn's unit, had requested to attend church service, as well as unit 4, which was Green's unit. For recreation, the two units weren't mixed, but they were allowed to attend chapel together.

Skinner said he heard inmate Wiseman say, "Let's get the mother f--king show started," and that's when he called in a code yellow for more guards to immediately respond.

Skinner said he is "100 per cent sure" he saw someone with a shank with a white handle. When the riot was over, Skinner said there was so much blood on the floor and walls it looked like someone had spilled paint.

According to Skinner no objects were found in the chapel during a sweep before the inmates came in, but two shanks were recovered following the riot.

He said he turned to the three Salvation Army clergy in the room and said, "Get the f--k out for your lives," but in all the chaos the clergy members were unable to get out.

Blood on the accordion

Salvation Army Major Robert Froude said when he saw someone running, he initially thought it was an escape attempt, but realized it was a man headed for the security camera.

Froude added that he felt trapped when the riot broke out, and didn't feel safe trying to leave the room because there was blood all over the floor.

He added the accordion he was playing when the inmates were brought to the service was blood splattered by the time the riot was over.

Froude said he hadn't been trained or instructed on any protocol if an incident like this happened, and added none of the inmates tried to hurt him.

The trial is set to resume at provincial court in St. John's on Wednesday.