HMP damaged after inmates act up during 'disturbance'

Police raced to Her Majesty's Penitentiary in St. John's Tuesday night to support the prison's own emergency response team after some inmates refused to return to their cells. 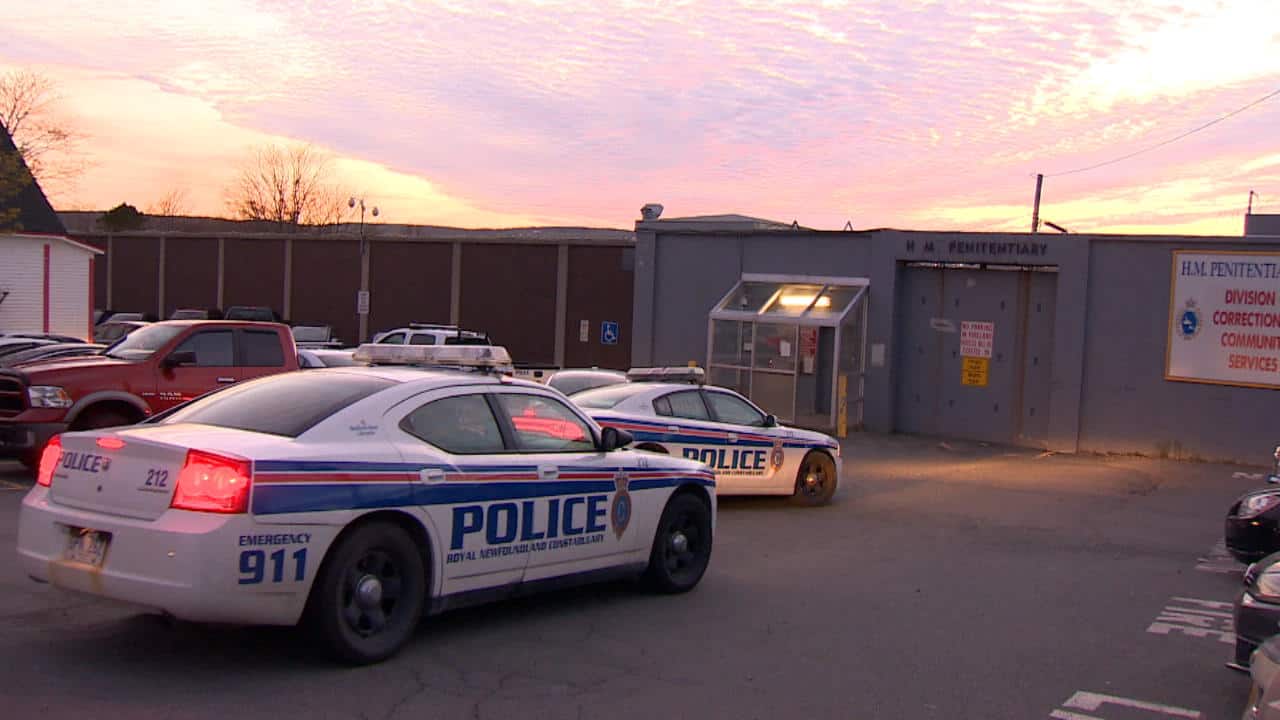 Trouble at the Pen

6 years ago
1:38
Police rush to prison after some inmates refuse to return to cells 1:38

Police raced to Her Majesty's Penitentiary in St. John's Tuesday night to support the prison's own emergency response team after some inmates refused to return to their cells.

Royal Newfoundland Constabulary officers were called to assist with what the police described as a "disturbance."

According to Justice Minister Terry French, the incident started when one inmate told a guard he feared for his safety.

French said 12 inmates were involved in the disturbance.

A "significant amount" of damage was done to living unit 4A, including ceiling tiles being torn down and windows damaged.

French added that no one was injured in the incident.

The department said the cost of the damage is approximately the same as the riot in August, which was around $95,000.

HMP Assistant Supt. Owen Brophy said the inmates didn't use any weapons, and all damage was caused by hand.

At one point, a police truck — stacked with what looked like riot equipment — entered the prison yard.

Police arrived on the scene just before 8 p.m., and stayed for more than three hours.

Justice officials say the problematic inmates were removed from the living unit where the incident happened.

The outburst comes on the heels of two recent high-profile cases at HMP.

Last August, a riot broke out that saw inmates threaten to kill hostages and prison guards, and involved smashed windows, flooded floors and damage to ceiling tiles. Related charges have been moving through the courts.

In February, an attack was staged at the prison chapel targeting Kenny Green, who was subsequently convicted of manslaughter in the beating death of Joey Whalen at a drug house in downtown St. John's.