A correctional officer at Newfoundland and Labrador's largest prison says the crumbling infrastructure and Victorian-era design of Her Majesty's Penitentiary are partially to blame for a myriad of violent incidents that have taken place over the last several years.

Parts of facility date back to the 19th century; it now houses inmates with 21st-century problems 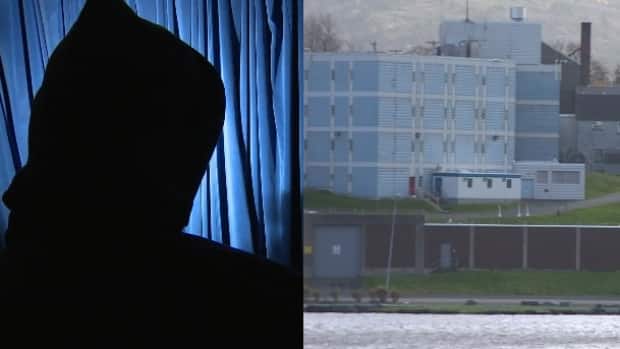 5 years ago
3:26
A whistleblowing guard reveals what is happening at Her Majesty's Peninsula, and why 3:26

A correctional officer at Newfoundland and Labrador's largest prison says the crumbling infrastructure and Victorian-era design of Her Majesty's Penitentiary are partially to blame for a myriad of violent incidents that have taken place over the last several years.

The officer, whom CBC News has agreed not to name, said inmates have used pieces of the aging prison as weapons. And holes and crevices made in ceilings and drywall create opportune hiding places for drugs and weapons.

"We have metal in the ceilings and we've found numerous metal shanks over the years from rebar (reinforcing bar) out of the ceilings," he explained.

"[There are] live wires exposed and despite it being reported by officers — and I believe even by managers — for some reason, it doesn't get fixed and goes on for months and years."

While the number of assaults may not have increased, he said, the level of violence has.

Numbers released by the Department of Justice and Public Safety show that there were 73 assaults on inmates recorded in correctional facilities province-wide last year.

From January to August, there have been 52 — an average of about two per week.

"It's difficult to see someone you've known for 10 or 20 years beaten within an inch of their lives while you're looking in through the glass.- Correctional officer

"Anything could occur from a hockey-type fight to an extremely violent assault with numerous inmates, resulting in broken bones, major lacerations, head trauma," he told CBC News.

"Most fights now — more so now rather than years ago — involve stomping, kicks to the head, stomping to the head."

Fuelling the problem is the lack of space available to keep feuding inmates apart, he said.

Incompatibles, as they're called, are meant to be kept in separate sections of the prison to decrease the risk of violence.

However, the prison, which dates back to the 1850s, isn't built to facilitate that.

"We have so many incompatibles we don't have enough living areas to have them separated," he said.

"Quite often when they are separated they are separated on an A side and B side corridor and once they leave those corridors or ranges — as we call them — to go to a program or recreation, they come out together, and they're walking in the same hallways and the same areas. So essentially, you're not preventing anything."

Working inside an environment as volatile as a prison can be trying at the best of times, he said. Add an increased level of violence and a decaying structure, and the affect on staff is particularly negative.

"We have the same inmates back over and over, and over years of working there you build slight connections with these inmates," he said.

"Aside from the violence itself, it's sometimes difficult to see someone you've known for 10 or 20 years beaten within an inch of their life while you're looking in through the glass."

Correctional officers do have access to the employee assistance program that provides counseling services. As well, the correctional officer said, debriefings are held following major incidents, but they aren't addressing the core problem.

"As these levels of violence become more common, they become normal and debriefings tend to get left by the wayside and therefore only the very extreme incidents end up debriefed."

Over time, he said, the result is correctional officers dealing with mental illness and forms of post-traumatic stress disorder. All of which, he said, plays a role in the numbers of sick days an officer takes and contributes to staff shortages.

The government has highlighted the need for a new prison over the last decade. It is a hot topic among correctional staff.

In 2007, the province hired a consultant to find the best location for a new penitentiary.

Following that, a 2008 report probing the province's correctional facilities — titled Decades of Darkness — noted HMP had "outlived its life expectancy."

"The panel believes there is an urgent need to move forward with this plan in order to provide a humane, safe environment for correctional staff and inmates," the report said.

And following a potentially-deadly attack and riot inside the prison's chapel in February 2014, then-justice minister Terry French said replacing the antiquated institution was a priority.

"We'll have it as soon as we possibly can," French said at the time.

Last year, the provincial government chose Parkin Architects, a Canadian company with offices in Toronto, Ottawa and Vancouver, for the design and location of a new prison.

But any immediate plan to build a replacement was swallowed up by the billion-dollar-plus pool of red ink in this year's provincial budget. Several projects — including a new prison, new courthouse and a replacement for the Waterford Hospital — were put off indefinitely.

In a statement to CBC News, the department said it does all it can to mitigate any risks to inmates and staff.

The statement cites an increase in staff training and equipment, as well as upgrades to spaces within the prison and updated security features.

The whistleblower is calling on the province to act quickly to replace the facility and look for solutions in the interim to improve the work environment for staff.

"There needs to be inquiry into how sick that environment is and there has to be something put in place, whether it is time off to certain people who need it," he said.

"I don't have the answers, but it's a disaster."