A woman in St. John's was shocked to discover an elaborate system of hidden cameras in her rental house — including one in her bedroom — nearly four months after she had moved in.

Homeowner says video only accessible to those inside the house

A woman in St. John's was shocked to discover an elaborate system of hidden cameras in her rental house — including one in her bedroom — almost four months after she had moved in.

The video and audio cables were connected to a recording device in the attic, as well as an ethernet cable. Ethernet cables can be used to provide remote access to a system or connect it to the internet.

"[I felt] disgusted. Absolutely disgusted," said Rachel Tribble, 21, who moved out of the property soon after discovering the camera system.

"It's creepy and weird. I felt completely disrespected to be renting a property and having my life out there."

The Royal Newfoundland Constabulary (RNC) confirms it is investigating, but declined to provide further details.

Metro Property Management manages the rental house on behalf of homeowner Kevin Vokey. In a statement to CBC News, the company said Vokey used the system for personal security while living in the home, and that it is strictly internal.

In an emailed statement, the company wrote: "The homeowner is adamant that there is no external access outside of the home." 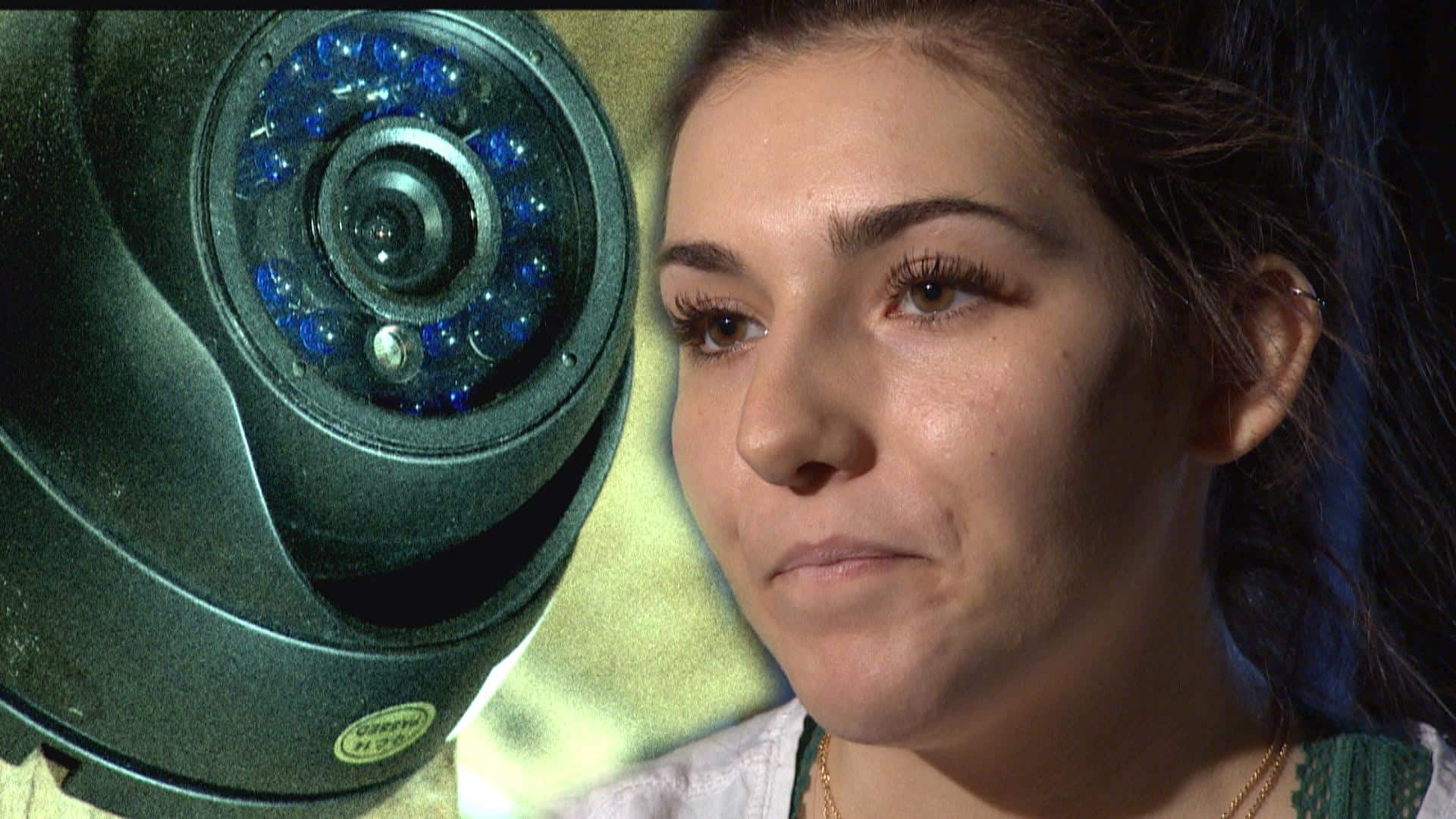 4 years ago
2:02
Rachel Tribble was shocked to discover an elaborate camera system set up in her rental home in St. John's. 2:02

"The only ones who had access to it were whoever was in the house," he wrote.

Tribble is originally from Nova Scotia, but now lives in St. John's.

They moved into the three-bedroom bungalow at 130 Freshwater Rd. on Nov. 1.

The ad for the property stated it had a security monitoring system, but Tribble says she was only made aware of exterior security cameras, which the tenants requested to have turned off.

Meanwhile, Metro Property Management says the company and tenants were "aware of a security system installed in the home that was no longer active."

Around mid-February, Tribble and her roommate were preparing for a trip and considered turning the system back on.

But when they took a closer look, they noticed something strange.

"My parents have cameras at home... and you can see if they're on, and they have infrared," said Tribble. "So we were kind of looking at them and wondering, 'If it's off, why is it infrared? And where is it going?'"

The tenants brought their questions to the property management company.

According to Tribble, Metro told them the cameras were wired into the attic, and suggested they check there.

A 'lair' in the attic

Tribble says that in the attic, they came face-to-face with something out of a movie.

"A lair, basically. Two big screens. There was another camera upstairs in the attic. Everything was wired, everywhere," Tribble said.

Two computer monitors and a speaker system sat on a makeshift desk in the middle of the attic, and there was a large clump of video and audio cables.

Tribble says they were all connected to a network digital video recorder (DVR) system that had an ethernet cable plugged into it.

One of the screens was active and split into nine squares, showing the outside cameras and two rooms inside the house.

"My boyfriend was [in the attic], and he could see me [on the screen] in the living room and the kitchen," says Tribble.

She says the second monitor was blank and the system was password protected.

Tribble says some of the cables were labelled for the tenants' bedrooms.

"It was awful. I didn't want to be in the house anymore."

Tribble says they found the cameras in devices that looked like motion detectors inside the house.

"These ones looked a little bit different. They had a black dot on them, instead of having a little blue flashing light," she said.

"But other than that, you would have never guessed."

Tribble immediately called police, and started packing up her things.

"They were a little, like, spooked by how big the setup was," she said.

Tribble says a group of officers returned a few days later and seized the four cameras inside the house and the DVR system.

In an emailed statement, the RNC confirmed it has launched a probe into the tenants' complaint.

"This is still an active investigation so there is no further information that we will be providing at this time in terms of what has been done or what investigators are planning as their next step," Const. Geoff Higdon said.

"Equipment was seized from the home as part of the investigation."

In an email to CBC late Wednesday night, Vokey says the system was never deactivated.

He wrote: "As long as the house was vacant, it was running, and I advised it should be deactivated if they had concerns of privacy."

As long as the house was vacant. it was running, and I advised it should be deactivated if they had concerns of privacy.- Email from homeowner Kevin Vokey

​Vokey wrote that he installed the system in late 2011 after he had been robbed three times.

Vokey says there were indoor cameras in any room that could be breached from the ground level — though he states the bedroom cameras only became active after he last left on vacation in 2015.

He says there's also a built-in microphone in the central security panel in the porch.

Vokey says he works out of province, so a streaming system seemed ideal.

"However, I was never able to overcome the technical difficulties involved with that, so no, it didn't stream," he wrote.

In emails to CBC News, Metro Property Management also stressed that the system was used by the homeowner for personal security while he and his family lived there.

Metro Property Management says it is not aware of any recordings, and if there are recordings on the computer, no one outside the home has access to them.

"We have offered to disconnect the system for the tenants as well as make sure there are no recordings saved," Curran said by email.

The homeowner is adamant that there is no external access outside of the home.- Peter Curran, owner of Metro Property Management

"We have also offered to delete any recordings, contrary to our understanding, that may be present. The tenants have asked us not to touch the system whatsoever based on a request from an ongoing RNC investigation."

The company says the presence of cameras inside the house was "in no way intentionally misrepresented or omitted."

Curran says "all of our properties are individually owned, each owner would make determinations on their own property as to what type of security system, if any, is installed."

Meanwhile, Tribble says she has been stressed and the situation has taken a toll on her.

She has a hearing with the residential tenancy board on Thursday to try to reclaim her rent for March, when the house was empty.

"I feel like I'm always looking around now ... I take into consideration of who's watching and what's happening around me more, especially when I'm thinking about staying at another place, even like hotels," she said.

"It really freaks me out."