Mittens is a seemingly regular household cat that enjoys being scratched under the chin and chasing a piece of string around, but there's one thing about a Newfoundland family's pet that sets it apart – Mittens is a hermaphrodite. 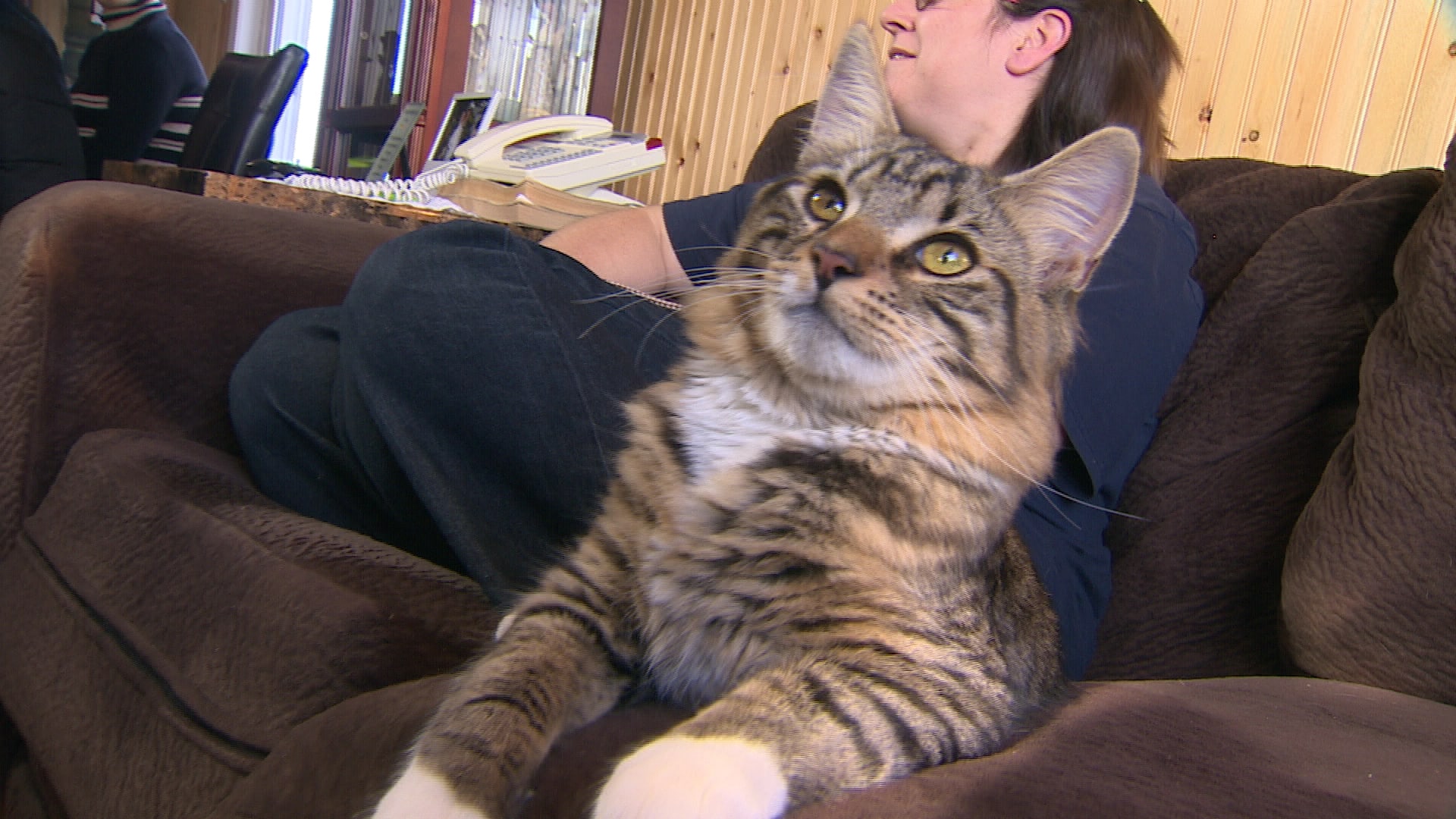 6 years ago
2:14
Mittens is a seemingly regular household cat that enjoys being scratched under the chin and chasing a piece of string around, but there's one thing about a Newfoundland family's pet that sets it apart – Mittens is a hermaphrodite. 2:14

Mittens is a seemingly regular household cat that enjoys being scratched under the chin and chasing string around, but there's one thing about a Newfoundland family's pet that sets it apart – Mittens is a hermaphrodite.

Colleen Clarke-Murphy, who lives in Heart's Desire, says her daughter brought Mittens home thinking it was a sick stray that had been abandoned by its owner.

She took the cat to a local veterinarian, and after an examination in October got the news that makes Mittens unique.

The cat has both male and female genitalia.

Clarke-Murphy said it was the last thing she expected to hear about the newest addition to her family.

Her first response to the vet's news was, "Did I just hear you right?"

Clarke-Murphy said she would prefer to have another female cat — she already has a male and female cat — but she'll follow the advice of her vet, who recommends Mittens be assigned a male gender.

"They're the ones who know what they're doing. I mean, I really don't know. I'd like for it to be a female, but it really don't matter. It's got both parts," said Clarke-Murphy.

"I think it's got both personalities, so it really don't matter."

The vet told Clarke-Murphy the cat would need to be both spayed and neutered, and then have reconstructive surgery once a gender is assigned.

While the vet bills are estimated to come in around $1,500 for all of the cat's surgeries, Clarke-Murphy said it will be worth it to ensure Mittens is in good health.

"She was part of my family when she came home with my daughter," she said.

Currently, Mittens has bowel issues and problems urinating as a result of its dual gender.

"She was part of my family when she came home with my daughter."

Strays a problem for area

Denise Sooley-Critch, an area volunteer who works on her own to help find homes for strays, said there's a big problem with stray animals in the region.

She said the cost of spaying and neutering tends to be the factor that drives people to abandon their cat. That, paired with the misconception the SPCA would euthanize the animal, leads people to leave the pets outside in the wild.

"They think by dumping the cats it's actually saving the cat's life, but it's a horrible death out there, starving and freezing," said Sooley-Critch.

However, Sooley-Critch said she's never heard a story anything like Mittens' tale, adding that the situation has her "blown away"

"It just shows what a stray can be — you don't have to go anywhere and buy an animal, you can get a stray at your local shelter."