A research scientist with Fisheries and Oceans Canada has been surveying what lies beneath the calm waters of harbours in Newfoundland, and it isn't pretty.

Pottery, plastics and pedal bikes just some of the debris found by researchers

A research scientist with Fisheries and Oceans Canada has been surveying what lies beneath the calm waters of harbours in Newfoundland. 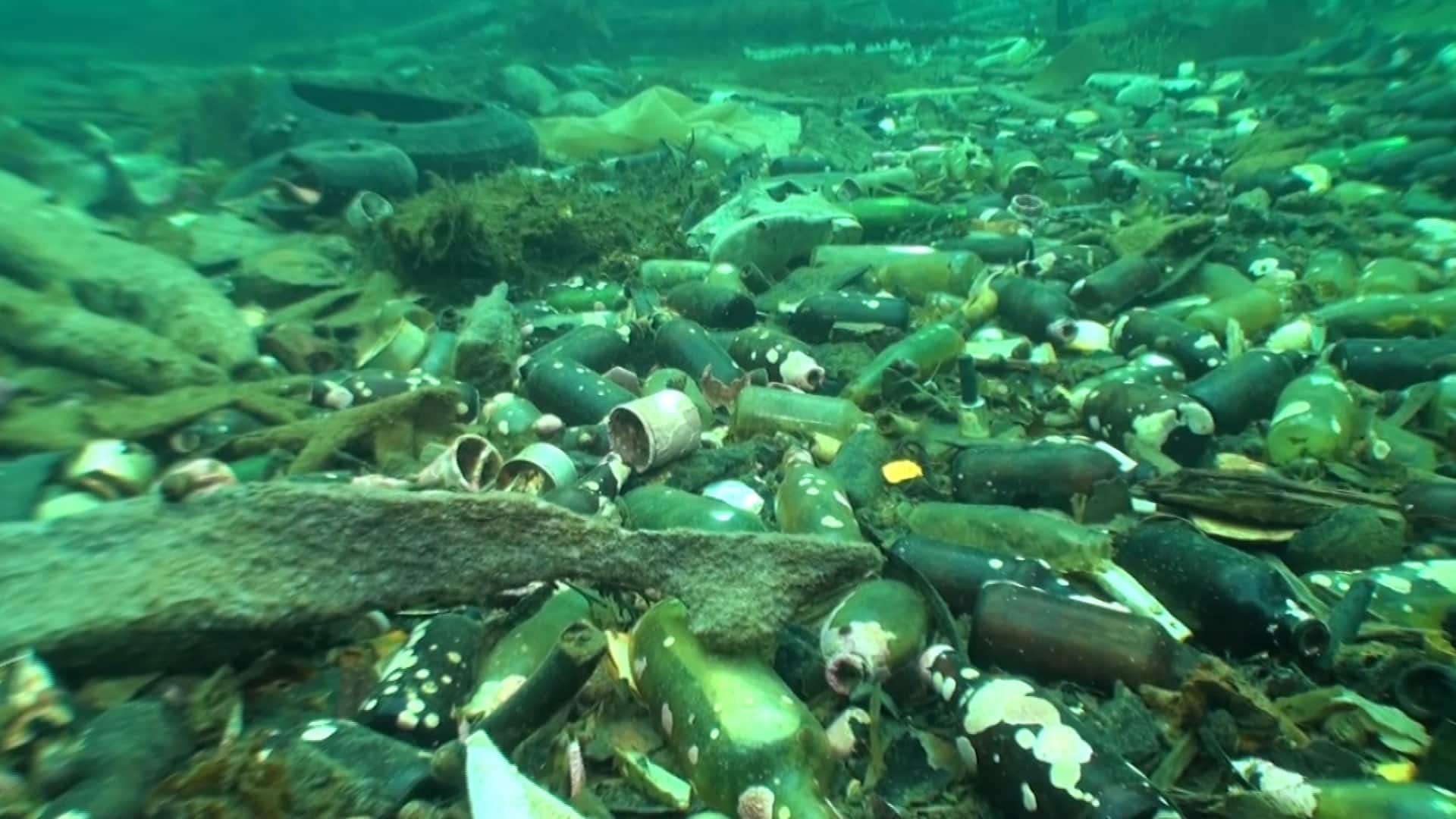 What's in your harbour?

While there is debris with historical value, such as clay pottery and containers from European vessels visiting during the summer months, there is a much larger amount of trash.

It's the more recent garbage found in our coastal environment that has Corey Morris concerned.

"It's shocking," said Morris, who is also an adjunct professor in the Department of Ocean Science at Memorial University.

"Some places it's near impossible to see the natural bottom because its covered in so much debris."

"And the number of pedal bikes are just incredible in our harbours for some reason."

The purpose of the survey, conducted from 2007 to 2016, was to study the effects of harbour infrastructure on fish and fish habitat.

But over the course of almost a decade, it was the amount of garbage steadily accumulating that really stood out.

The researchers monitored 20 locations over the course of the survey, from the tip of the Northern Peninsula to the Southern Shore of the Avalon.

Morris didn't want to identify the harbours surveyed because, he said, it's a widespread issue and not specific to any particular part of the province.

"Everywhere you go you've got the same problem. You can go in any harbour from one end of the province to the other and once you go down underwater, everything looks the same."

Harbours without wharves were much cleaner, he said. But even in communities with newer wharves, the researchers saw debris appearing year after year.

"That's what really raised my concern," he said. "This is still happening. This is still an issue. Like, what are we doing?"

Morris and research technician Daniel Porter will present their findings at a public lecture called "Garbage in N.L. Harbours, Old and New." The talk will happen at the Johnson Geo Centre on Nov. 21 at 7 p.m.

Morris said he wants to raise awareness and prompt people to take action against the continued dumping of garbage into the coastal environment.

"And hopefully people can do their part not to continue this pollution."