Some members of a Habitat for Humanity Newfoundland and Labrador project to build homes in India are alleging sexual harassment by their team leader. 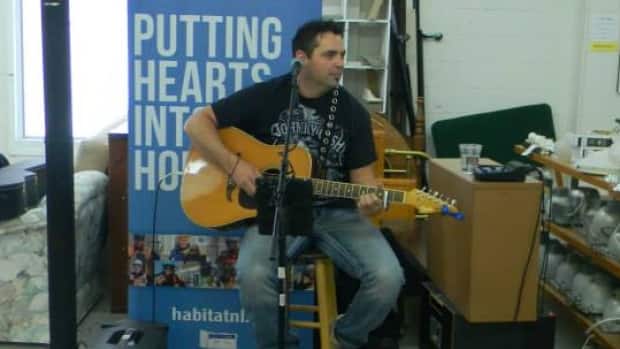 5 years agoVideo
4:06
Some female volunteers for Habitat for Humanity NL are alleging sexual harassment by the build leader on their trip to India 4:06

Some members of a Habitat for Humanity Newfoundland and Labrador project to build homes in India are alleging sexual harassment by their team leader, adding they're not happy with how the organization handled their complaints.

One of the women, whom CBC has agreed not to identify, said build manager Chris Hodder sent unwelcome text messages to a number of female team members prior to their trip to India earlier this year.

"Commenting on things like physical attributes and also indicating that he wanted to have 'fun' in India … just the way things looked or what he liked or, other things like that," she told CBC News.

"He says [in one text], 'My attention is drawn to your legs, butt and your eyes as far as your physical features.'"

He says [in one text], 'My attention is drawn to your legs, butt and your eyes as far as your physical features.— Habitat for Humanity volunteer

According to the woman, those kinds of text messages were sent to multiple women while they sat in Habitat meetings with Hodder prior to their trip overseas.

"It was completely unwarranted. He would text us while we were in meetings for India, commenting on what we were wearing that night or what he had seen us walking in wearing, and things like that," she said.

"I know a comment he made to another girl who was actually attending a meeting via Skype was, she was wearing a yellow shirt that night and he wrote her and said, 'Damn you look sexy in yellow.'"

Hodder was contacted by CBC News about the story, but he declined to comment.

The woman said she didn't complain to Habitat for Humanity until after the team returned from India because she didn't want to jeopardize the trip.

Unfortunately, every time we approached him it seemed that his behaviour became worse and there was no improvement.— Habitat for Humanity volunteer

"It made me feel very worried about travelling with the group. It was an experience that I was very much looking forward to, so I didn't want to bring it to the attention of anyone beforehand, because I thought maybe I was overreacting and that he just had an overly friendly personality," she said.

"But it definitely did cross the line and it definitely created tension and stress before travel, during our travel and ever since we've been home."

In addition to the alleged harassment, she said there were instances of physical touching between Hodder and another female team member that made others uncomfortable.

"Cuddling each other on the flights to and from India and things like that. Very open and very public about it for all of us to see, so subjecting us to that was definitely an awkward situation and added to the stress of it all."

'There was no improvement'

Hodder was approached multiple times while on the India trip by three female volunteers who were not happy with his behaviour, the woman said, but that didn't seem to be effective.

"Unfortunately, every time we approached him it seemed that his behaviour became worse, and there was no improvement."

The women filed a complaint with Habitat for Humanity when they returned from India, and received a response Thursday.

"We have concluded that the text messages sent by Mr. Hodder to another volunteer in February and March were inappropriate, unprofessional and, although sent outside the context of his employment duties, nevertheless reflect poorly on Habitat for Humanity NL," a statement read.

Habitat added the communications "clearly offended Habitat NL's foundational philosophy of ensuring respectful and harassment-free workplace," and the incidents that happened in Newfoundland would be investigated internally.

However, Habitat will not be investigating any other incidents that happened while the team was on the build trip in India.

"While we accept the genuineness of the concerns you have raised, the information we have gathered through our investigation does not lead us to conclude that Mr. Hodder's behaviour was warranting of discipline from his employer," the statement read.

Hodder was a Habitat employee when he sent those text messages to group members while in St. John's, but when he was in India he was a volunteer. That may point to why Habitat for Humanity won't act on his behaviour while overseas.

The volunteers have issued an appeal of the decision, but Habitat said it won't comment because of the continuing nature of the complaint.