Students tackle potholes and win big in a national competition

Students in the Goulds took on the pothole problem, and came out on top in a national competition. 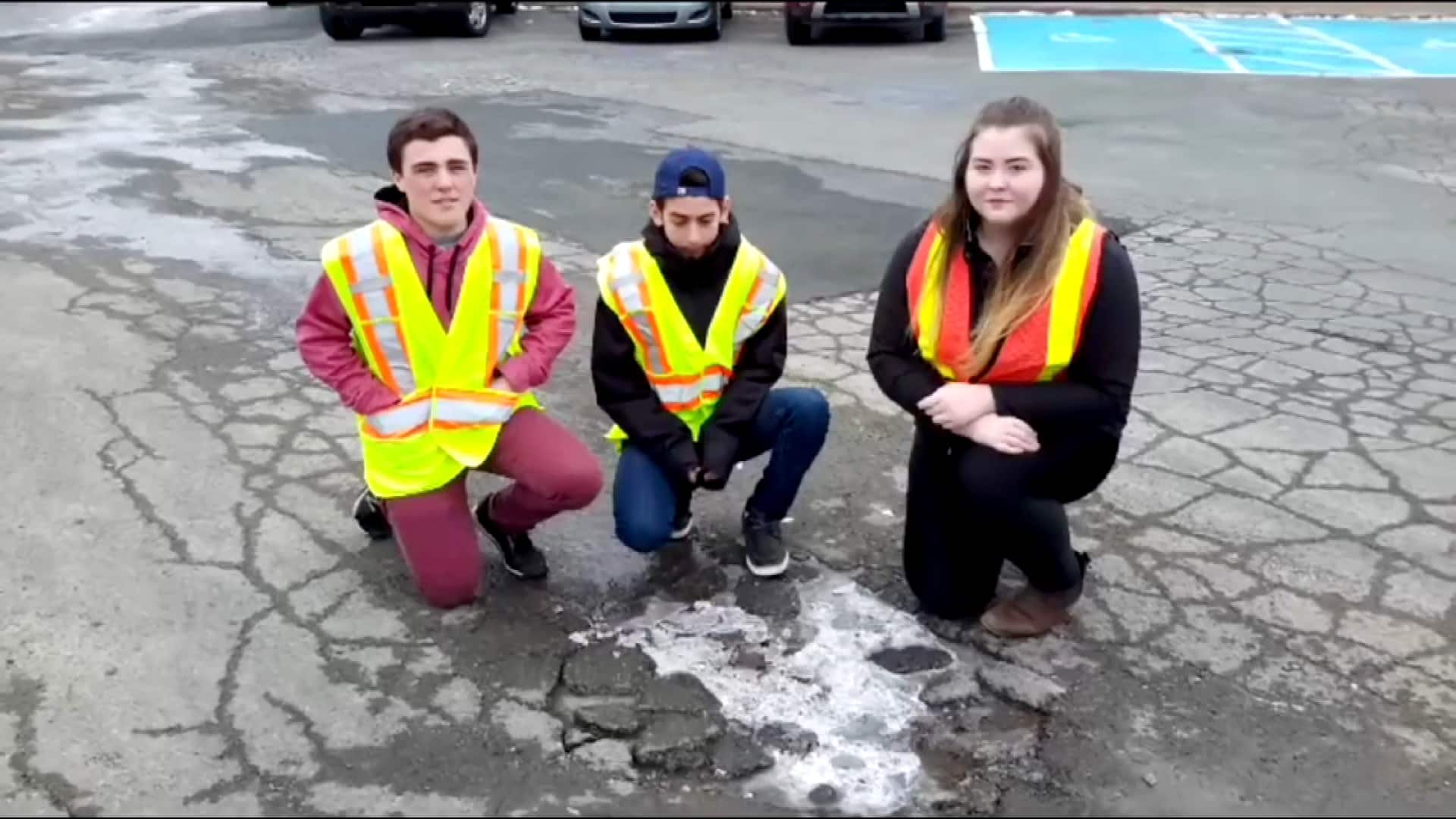 Students at St. Kevin's High School in St. John's looked no further than the common pothole to find inspiration for a national competition, and emerged triumphant.

"We had a couple of ideas — smoking in cars, crime, theft — [and] in the end we decided to go with pavement, said teacher Mike Schulz, describing how students at the school came to pick their mission in Solve for Tomorrow Technology Contest.

Shulz said the mission was to examine potholes, including "what causes potholes, is there anything we can do to try and at least prevent them a little bit."

The national challenge asks schools across Canada to come up with solutions for problems in their communities using science, technology, engineering and math.

A group of Grade 9 French immersion students from the school were the only applicants from Newfoundland and Labrador to make it into the third and final round of the contest.

Lucas Chaulk, one student involved in the experiments, said the process involved a series of tests that involved hands-on learning. They also completed a YouTube video of their project.

"We had samples from one of [a contractor] who does the pavement. We had plastic containers and we would put them in there and see if the water would stay in or fall out," he told CBC's St. John's Morning Show.

"Then after that, we brought it to [the College of the North Atlantic] and started compacting the pavement to see which one was the strongest."

"This group was really great to work with, they were really energetic," she said.

"The kids learned actually that the makeup of pavement is ... liquid asphalt, sand and basically the percentage of that found in the asphalt is going to affect its strength and durability."

In the end, the experiment concluded that drainage on pavement is very important and the less water going through the asphalt, the better, but the shape of the rock used in the pavement made a big difference.

"We could differentiate, but in my opinion I think it should be more square instead of more like kind of a circle," said Chaulk.

If the students were to take the shape problem any further, said Schulz, it would mean taking the project out of the lab and into the real world, but that would also take more extensive research and many months to complete.

St. Kevin's has received $20,000 worth of Samsung technology, which consists of 40 Samsung tablets, said Schulz.

The school is now one of 11 finalists from across the country in the running for two grand prizes of $50,000 worth of Samsung technology.

The entire school is thrilled with the students' win and are rooting for them in the next round.

"We're so happy for the kids, that they came this far, that they got this experience and got to see basically that what they do in the classroom can have an effect on a real world problem," said O'Brien.

Chaulk said coming this far has been a great feeling and experience for himself and the others involved.

"I think they all feel like pretty excited to get this far ... overall it's going to be worth a whole lot of technology and hopefully no more books."

The students are looking for help from the community to win the next round of competition.

While one of the final prizes will be decided by Samsung, the other is decided by an online vote.

with files from the St. John's Morning Show