Roadie gets fat: The joy of cycling through the snow

This is the time of year when the winter blues can hit a cyclist hard, but there are ways to rekindle a love of bikes while still enjoying the fresh air, writes Gary Moore. 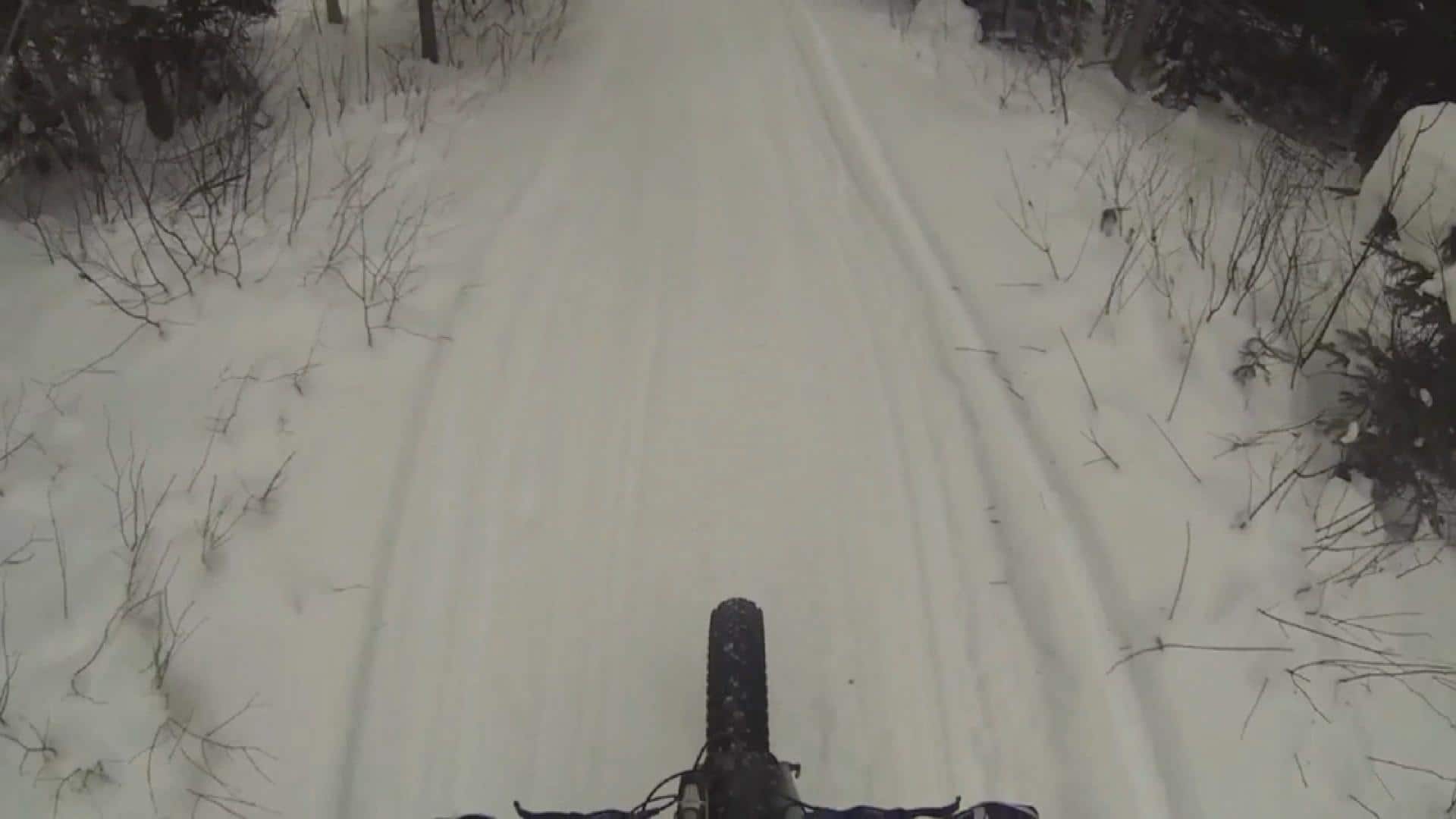 When 2016 rolled around many people vowed to lose weight.

My resolution was the opposite: I was looking to get fat.

A newfound love for me is cycling.

I picked up a road bike in April 2014, after months of researching and comparing different models. Right from my first ride I was hooked.

My closet suddenly became a sunglasses zone thanks to the beaming rays of neon glowing from my mounds of Lycra.

I quickly became every cliché you'd expect from an adult who spends way too much time riding a bike. Since then, everything in my life revolves around my bike and when my next ride will happen.

Brace yourself, winter is coming

After my first summer of cycling, something terrible happened: winter.

I scratched my head in disbelief. I was shocked and baffled that I didn't prepared for those few months I couldn't ride my bike outside because, well, I live in Newfoundland. The unofficial snow belt of snow belts.

I ended up joining a community of cyclists who train together during the long cold months, and it was great.

Three nights a week, we would do an intense spin class.

But not like any spin class that happens at most gyms.

This one was made up of mostly cyclists who still embrace the cycling culture, with team jersey, Lycra, and, well, our bikes.

We train on road bikes that are set up on stationary trainers. It gave me a chance to learn a lot about technique, while still getting in shape.

However, I was missing the fresh air and outdoors.

That time, when I first rode a fat bike

After a brutal winter of endless snow, I ended up taking out a fat bike for a trial spin.

After 20 minutes of being outside on a crisp Friday afternoon, I feel in love all over again.

I vowed that next winter, I would have one of these bikes to ride through the winter months.

Today the snow is down in Corner Brook and I'm riding in the fresh air as much as I want, and it's been everything I've been drooling over since last year.

To think January is over and I'm still loving winter is completely unheard of for me.

Typically I'm suffering from the winter blues by now. But fat biking is proving to not only keep me in race shape, it's also a mental health cleanser.

Fat bikes are a type of mountain bike that have become popular for riding through snow but they can be used all year round.

The name fat bike is a reference to the oversized, treaded tires.

If I were to ever use the phrase "like a boss," this is the time to do so.

That's thanks to the type of terrain I can ride over, and not to mention the looks I get from people twisting their necks as I ride past.

The massive tires have a lot less air pressure in them compared to a road bike, which makes me feel like I'm riding on marshmallows. The large, soft tires give the rider a sense of invincibility.

And it's just one of the things that I love about these bikes.

Fat bikes aren't meant for speed, but built to go places that a road bike can't — mainly in the woods, offroading and of course on snow.

Most routes I've been taking so far are on old logging roads with snowmobile trails branching off in every direction into the woods. I don't often know where I'm going, but the exploring is part of the new adventure.

Making the switch from an incredibly light road bike with notably skinny tires, to a heavy bike with fat tires has been lively.

There's a whole new level of skills and techniques to learn.

But, it's not like I'm starting from scratch. It's still a bike, after all.

The enlarged tires make fat bike riding feel safe and, when it comes to winter riding, landing in snow is entertaining for everyone around.

I mean, who doesn't love rolling around in snow? It's being a kid all over again.

Next week, Gary Moore will talk about some of the rides he's done so far this year. And look at the different types of snow conditions and how it can really make or break a ride.