A youth-propelled demonstration marched from Memorial University to Confederation Building in St. John's Friday to demand action on climate change.

'We will stand by this no longer,' says organizer Erin Lee

A youth-propelled environmental protest grabbed the world's attention Friday, with thousands of people filling one of the busiest streets in St. John's to demand action on curbing the harm of climate change.

"The climate crisis is the most epic threat the world has ever encountered. Our house is on fire, so why aren't we acting like it?" said Erin Lee, one of the organizers of the Climate Action Now March.

"Governments all over the world, Canada and Newfoundland included, claim they are taking action, but the politics and solutions are nowhere to be seen.… We will stand by this no longer."

Thousands of demonstrators gathered at Memorial University on Friday morning, and shortly after 11 a.m. took to Prince Philip Drive, a divided thoroughfare that connects a variety of institutions.

The students marched on Confederation Building, the seat of the Newfoundland and Labrador government.

"We should not be forced to choose to skip classes and work to fight about our future, this is not fair," student Alice Ferguson-O'Brien told the crowd at a rally outside Confederation Building.

"We don't want to fight for our future, but you have given us no choice.'

March organizers urged the large crowd on the steps of of the building to vote for representatives who would act to fight climate change.

Candidates for the Liberal, Conservative, NDP and Green parties running in the federal election all addressed the marchers with their plans.

Organizers said another march on Confederation Building will be held Friday, Nov. 1.

'Every individual can make a change'

Grade 9 student Marco Del Rizzo said he was inspired to take part in the march because of the work of Swedish climate activist Greta Thunberg.

Emily Talbot, 10, said she was encouraged to come out for the march because of the fires in the Amazon rain forest.

But Talbot said she wanted to see the whole city to call for climate action.

"I know it was a lot today, it didn't look like [all of] St. John's. I still see people driving right now, so I didn't think enough people came out today."

While the strike was driven by youth, but it wasn't only young people taking their message to government.

"I think older folks have to show up, we have made a mess of things," he said

"I've been fighting for social change for a long time, but the kids are saying 'what a mess' … it's our time to show up and get behind the young people because the world belongs to them."

Ahead of those marches across the province Friday, Alice Ferguson-O'Brien — a 15-year-old Grade 11 student at Holy Heart of Mary High School — asked Ball if he would declare a climate emergency in the province and commit to reducing oil production.

Ball wouldn't make a commitment to moving away from fossil fuel production just yet, but said oil from the province's offshore has a lower emission rate than the world average.

"We put in place solutions recognizing that, over time, the world will come off of fossil fuels, but if you're going to use it today, it's best you use the least carbon intense oil," Ball said Friday on CBC Radio's St. John's Morning Show.

That motion, however, is non-binding and according to the House of Commons Procedure and Practice guide "is a declaration of opinion or purpose; it does not require that any action be taken."

When Ferguson-O'Brien challenged Ball on the provincial government's further exploration of the offshore, the premier put the responsibility on the province's people to fight climate change.

"What it comes down to is an individual jurisdiction, individual people, in Newfoundland and Labrador reducing their own carbon footprint," he said.

'They don't need to read about this in a book'

The Newfoundland and Labrador English School District allowed students to participate in the marches, with a permission slip from a parent or guardian.

But one St. John's parent says the district should have done more.

"They don't need to read about this in a book, they can experience it. And I think that's very powerful," said Brenda Halley.

Halley planned to take her two eight-year-old children — students at Bishop Feild Elementary — to the rally in St. John's.

MUN allowed its faculty and staff to leave work to take part, and Metrobus offered free rides between 10 a.m. and 2 p.m. in support of the protests.

Do you have a plan for getting to the climate strike tomorrow? <a href="https://twitter.com/MetrobusTransit?ref_src=twsrc%5Etfw">@MetrobusTransit</a> is offering free fares from 10 am to 2 pm in support! <br><br>Routes 1, 10, 2, and 15 (among others) all go to MUN (whether the UC or the Arts and Admin building on Elizabeth).

There were similar marches planned across the province, in solidarity with Greta Thunberg's worldwide #FridaysForFuture movement, in which more than 150 countries have taken part.

For Simon Hofman, this latest climate movement is especially powerful.

Last month, Hofman started the Memorial University Climate Action Coalition, and earlier this week the group signed a pledge to not only declare a climate emergency, but also vow to take meaningful action at MUN in light of the latest Intergovernmental Panel on Climate Change reports calling for reduced carbon emissions.

MUN's decision to allow students and staff to participate in the climate march is remarkable, Hofman said.

"This year's been very important. This wouldn't have been successful — I've been pushing for climate action at this institution, for instance, for a year now and I didn't get nearly as good a response, that's for sure, last year," he said.

"People have the consciousness right now to make change and this is why this coalition is so successful because everyone's like, 'Oh, we're in trouble.'" 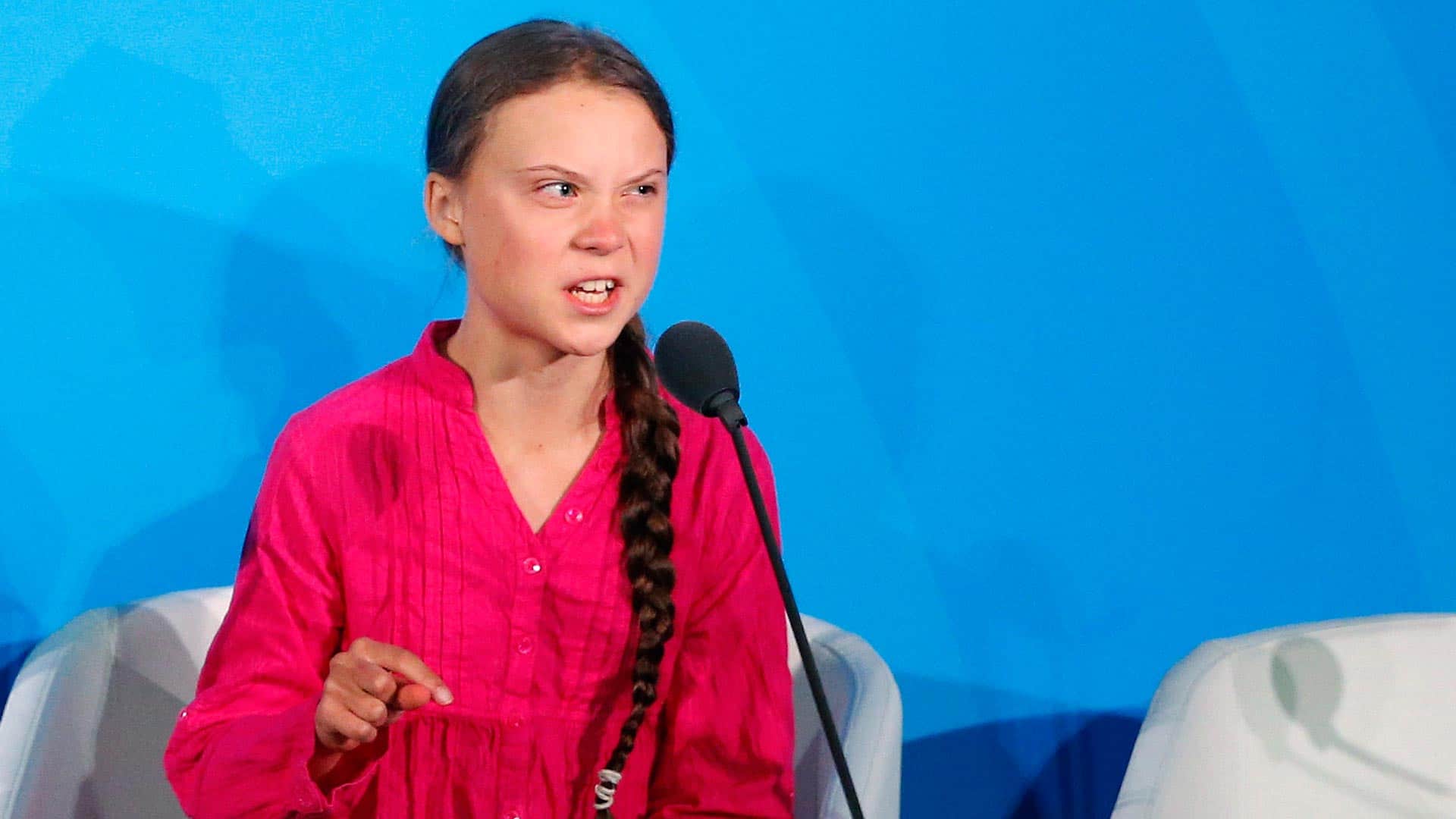 1 year ago
3:40
She and other young activists filed a UN human rights complaint against five countries for jeopardizing their futures. 3:40

With files from Cecil Haire and The St. John's Morning Show