Fracking on hold near Gros Morne, across N.L.

The Newfoundland and Labrador government says it won't look at an application for fracking near Gros Morne National Park until it's satisfied the process is safe for people and the environment. 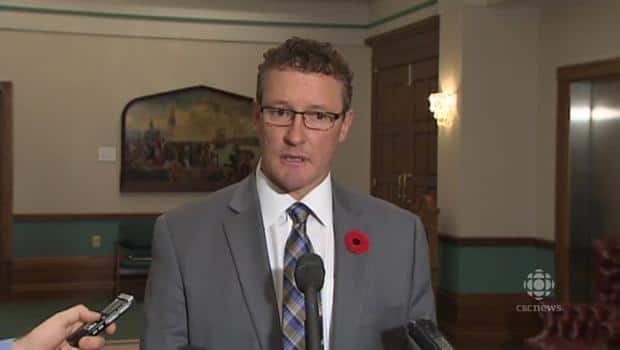 The Newfoundland and Labrador government says it won't look at an application for fracking within the province, including Gros Morne National Park, until it is satisfied the process is safe for people and the environment.

Natural Resources Minister Derrick Dalley made the announcement Monday in the house of assembly.

It comes amid a plan by Shoal Point Energy, with its partner Black Spruce Exploration, to use hydraulic fracturing to extract oil and gas on the west coast of Newfoundland.

Some area residents have expressed concern about fracking plans in the region.

UNESCO indicated that the World Heritage site status of Gros Morne National Park could be at risk if fracking proceeds near its boundaries.

Dalley acknowledged the interest and concern in the controversial exploration technique of extracting oil from shale rock.

But he said the government will do its homework before even looking at a formal proposal.

"I can assure Newfoundlanders and Labradorians that our government’s first and main consideration when exploring an economic development opportunity is the health and safety of our people and protection of the environment," Dalley said.

"These principles guide our decisions and remain our highest priorities."

He said the pause will give the province time to do a full review of regulations, rules and guidelines in other jurisdictions, and to complete the technical work needed to assess the geological impact on western Newfoundland.

Dalley said public consultations will also be a big part of the process.

"Our first consideration is the health and safety of our people. In making this decision, our government is acting responsibly and respecting the balance between economic development and environmental protection," he said.

The announcement on Monday came much to the pleasure of NDP member of the house of assembly George Murphy, who was heckled in the legislature for proposing a fracking moratorium in March of this year.

Murphy said he wanted government to hold off on any fracking plans until more research was completed.

"They called us anti-development, [but] right now they're speaking the NDP platform."

Some residents in the region were heavily opposed to the west coast plans, citing risks of pollution and deterring tourists from Gros Morne.

Karole Pittman, who lives near the park, welcomed the government's change of heart.

"It shows a responsibility that is very nice."

The government said it hasn't permanently closed the door on fracking, but will take more time to study the process before allowing it in the province.