Disgraced former Roman Catholic bishop Raymond Lahey is not a pedophile and does not pose a risk to the community, his lawyers argued at his sentencing hearing Monday. 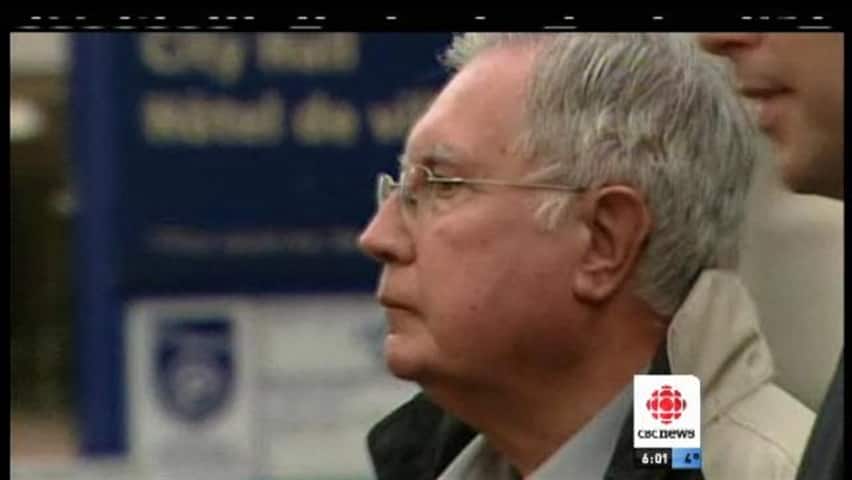 Disgraced former Roman Catholic bishop Raymond Lahey is not a pedophile and does not pose a risk to the community, his lawyers argued at his sentencing hearing Monday.

Lahey, 71, former head of the diocese of Antigonish, N.S., pleaded guilty earlier this year to possession of child pornography for the purposes of importation to Canada.

His lawyers are seeking the one-year minimum sentence — plus one-year probation — and are asking for a two-for-one credit for time served. Lahey has been in jail since pleading guilty in May.

The Truth in Sentencing Act came into effect in 2010, ending the two-for-one credit on jail sentences, but Lahey's charges predate that change, his lawyers argued.

The sentencing hearing in an Ottawa courtroom had earlier heard from Dr. John Bradford, the psychiatrist who assessed Lahey for both the Crown and defence.

Bradford said Lahey is not a pedophile and presents virtually no risk to commit a hands-on sexual offence.

Bradford said Lahey has a homosexual interest in adolescent males — aged 14 to 17 — and young men, as well as sadomasochistic interests.

But, he said, a pedophile is someone who is attracted to children under age 13 for more than six months.

"I evaluated him for pedophilia and I don't think he has it," said Bradford about the psychiatric disorder.

Lahey, originally from Newfoundland and Labrador, was a bishop in the western Newfoundland diocese of St. George's between 1986 and 2003 and in Antigonish, N.S., until 2009.

In September 2009 police arrested Lahey at the Ottawa airport and found hundreds of child pornography images on his personal computer.

He resigned from the Antigonish diocese the day after he was charged.

Lahey has been in custody since pleading guilty last May.

Lahey’s sentencing hearing began Aug. 4, when his defence lawyers argued the images found on Lahey's computer were less graphic than pornography collections found by police investigators in other cases.

Crown lawyers will argue their case Tuesday morning at 10 a.m.

With files from the CBC's Allison Brachman