One of the most iconic American cars is celebrating a milestone birthday, but the very first model off the assembly line was actually sold in St. John's.

Car with Newfoundland and Labrador plates in Henry Ford Museum 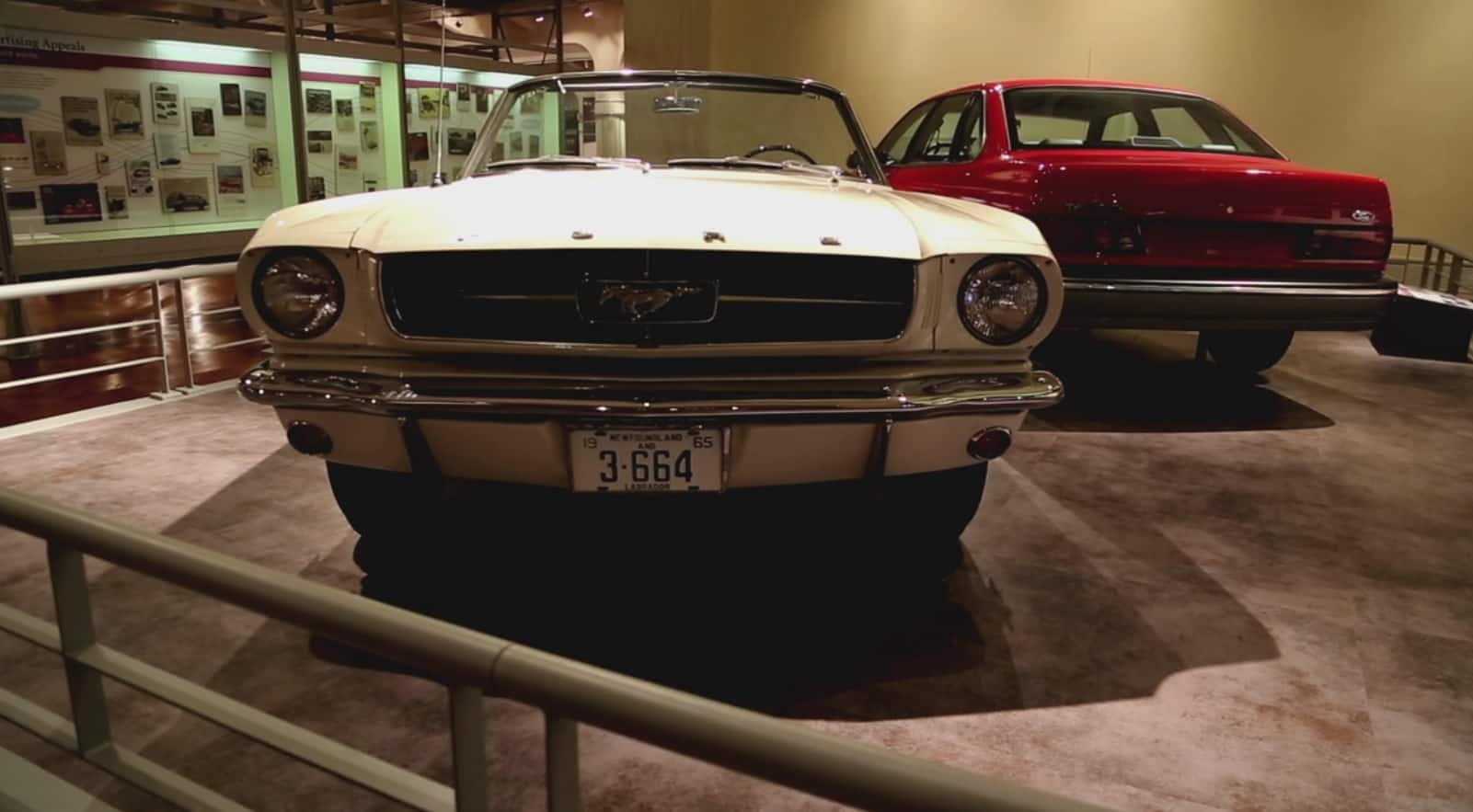 One of the most iconic American cars is celebrating a milestone birthday, but the very first model off the assembly line was actually sold in St. John's.

Ford's Mustang turned 50 this month, and the classic car is still in big demand since coming off the Detroit assembly line.

The Mustang hit the automobile market at a time when most cars were bland and boxy sedans of the Leave it to Beaver variety.

Phillips, a retired car salesman with Ford Motors, said the car was an instant hit.

"There was nothing like it on the market. It was just a beautiful-looking car," he said.

Phillips was the lucky salesman to sell the very first model — to pilot Stanley Tucker.

Refused to give it back

Tucker, who died six years ago, told the CBC in 1989 that he remembered seeing a huge fuss at the local Ford dealership while driving by one day.

When he spotted the car, he had to have it, He quickly became the envy of car buffs everywhere.
1 of 0

When Ford Motors realized the very first model of the company's best-selling model was on the roads in Newfoundland, the company begged to get it back.

"I said 'I'm sorry, you've cashed my cheque and I've got the car and I'm very happy with it,' and I just refused to give them the car back," said Tucker.

After two years of enjoying his Mustang, Tucker finally gave in to Ford, and drove the car from St. John's to Michigan to exchange it for a new model — the one millionth Mustang to roll off the line.

Tucker's car, with it's Newfoundland and Labrador licence plate, has been on display in the Henry Ford Museum in Dearborn, Michigan ever since.