Fish harvesters from the Northern Peninsula burned crab and lobster pots Tuesday morning outside the DFO office in Port au Choix, but aren't sure their message was heard.

Organizer says quotas too small to earn a living, want response from DFO

Fish harvesters from Newfoundland's Northern Peninsula burned crab and lobster pots Tuesday morning outside the Department of Fisheries and Oceans office in Port au Choix, saying they don't have access to enough fish to make a living.

"We feel we are completely abandoned," said one of the organizers, Stella Mailman. "We are absolutely trash to them. That's all we are."

I can assure you, this is not the end of it.- Stella Mailman

Mailman, who fishes for lobster, groundfish and halibut with her husband, said protesters came from communities from Sandy Cove to Parsons Pond, with eight to 10 trucks bringing gear for the bonfire.

"Crab pots, drag nets, lobster pots, and they actually put them in the parking lot and set fire to them," she said. 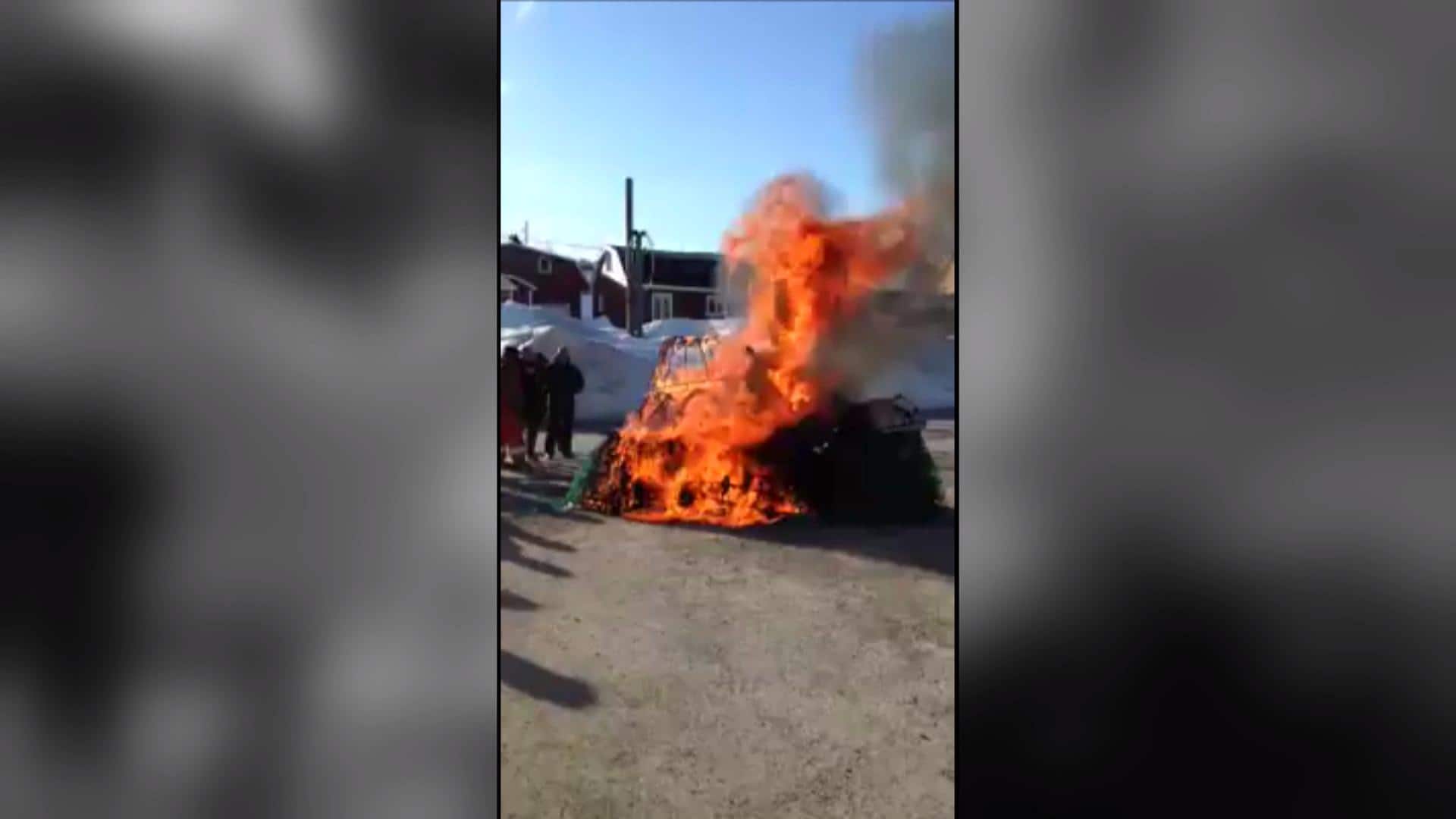 "The way they looks at it, it's no use to them. They have nothing to fish for so it's only something that's sitting by their sheds [at] home just rotting out, just going to be an eyesore if they can't use it."

Mailman said recent cuts to the shrimp and crab quotas are a big blow to Newfoundland and Labrador fishermen.

She said access to other species such as halibut is also shared with boats from the Magdalen Islands, for example, and local harvesters feel those who live closest to the resource in the 4R fishing zone in the Gulf of St. Lawrence should get priority.

Mailman criticized the Fish Food and Allied Workers Union (FFAW) for not speaking out.

"Our so-called union," she said. "Nobody stands up for us."

She said Tuesday's bonfire was not affiliated with the Federation of Independent Seafood Harvesters (FISH-NL), which is challenging the FFAW for the right to represent fishermen.

However, she compared the protest to the hunger strike by Richard Gillett, FISH-NL vice-president, outside DFO headquarters in St. John's.

He said the FFAW met with fisheries minister Dominic LeBlanc last week to advocate for its members.

"Many people are looking to divide harvesters in this challenging time, but we must work together as a united front to find solutions," Sullivan wrote in a prepared statement.

Mailman said a regional representative for the department agreed later Tuesday to meet with the protesters to discuss their concerns.