Tears in the stands and celebrations in the Brier patch, after St. John's crowd watches their team take the title.

'It's just the greatest day ever': Brier title a special win for Brad Gushue and Mark Nichols 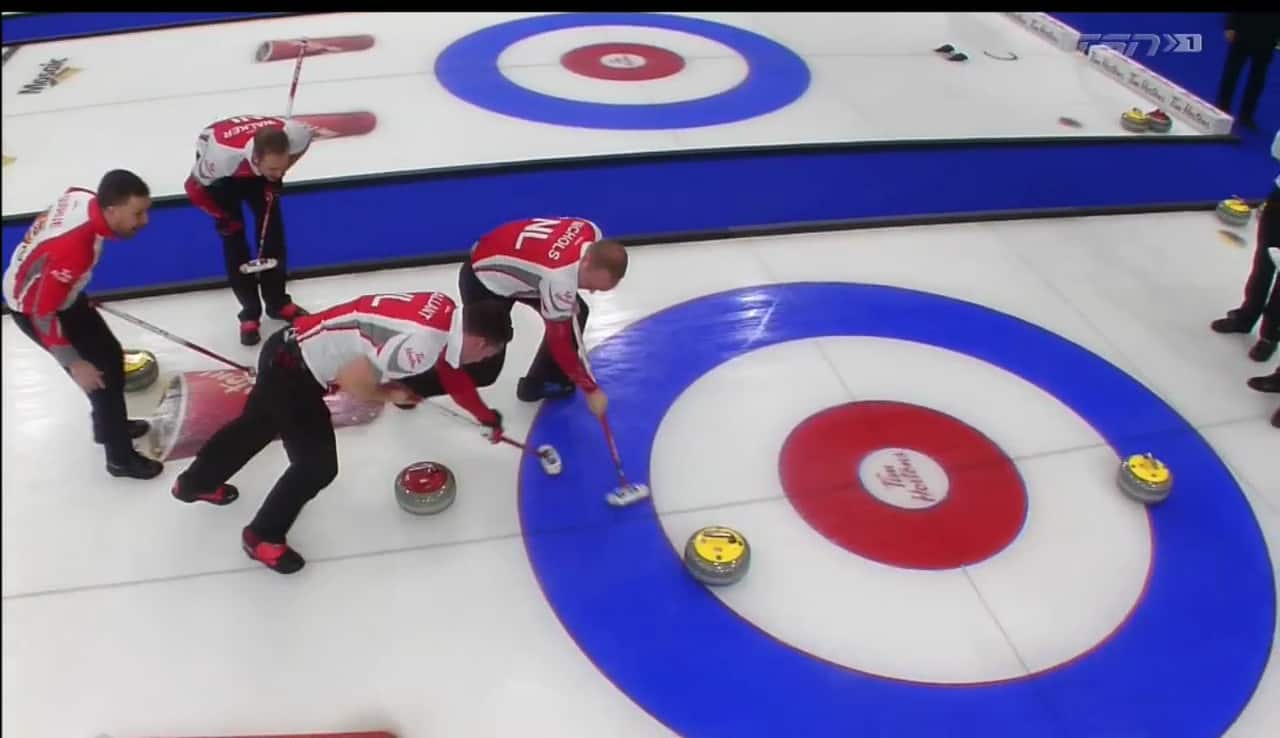 Andrew Taylor stood from his seat, tears in his eyes and heart pounding in his chest as the final moments of the 2017 Tim Hortons Brier unfolded Sunday night in St. John's.

Mark Nichols leapt up to join his teammates in sweeping hard as Brad Gushue screamed at the rock he'd just thrown.

Together, Team Gushue willed the rock past a Team Canada stone and into history, winning their first Brier and the first for Newfoundland and Labrador since 1976.

A lifelong curling fan, Taylor burst into tears and celebrated with his friends and family.

"This is really big for curling in the province. This will definitely grow the sport," he told CBC News after the win.

"It's just the greatest day ever."

From the ice to the patch — a huge party

Nary a soul left their seats at Mile One until the on-ice celebrations died down. More than 2,000 people then flocked across the street to the Brier Patch, the bar venue hosted at the St. John's Convention Centre across the road.

For many fans, the win was about pride in their hometown guys and in their province.

"I think I kind of blacked out for a minute. Everyone was screaming and I just really wanted them to win."

Andrew Tobin, who has been following Gushue's career since he was a junior, was thrilled to see him celebrate the win alongside longtime teammate Nichols.

Just as the final rock reached its target, Gushue launched his broom into the air and began screaming with happiness.

After running to greet his family at the side of the rink, Gushue shared an embrace with Nichols.

"Myself and Mark, we've been so close so often," he said. "It was pretty emotional hugging him after."

The duo began playing together in 1999, winning a World Junior Curling Championship in 2001. They shared the Olympic gold in Italy together in 2006 and reached their first Brier final in 2007.

In 2011, however, Nichols took a brief hiatus from curling before returning the next season to play with Manitoba's Jeff Stoughton.

Three years after parting ways, Nichols and Gushue reunited in 2014 to pursue their first Brier championship – a task they finally accomplished together on Sunday night.

It's hard to compare the Olympics and the Brier, Gushue said, but a decade's worth of perspective has allowed him to enjoy this win a little more.

"With the ups and downs we've had over the last 11 years, it certainly means a lot more to me now," he said.

"When I was 25, I thought I was going to win a bunch of these … To finally win one, it's pretty amazing."

Ryan Cooke works for CBC out of its bureau in St. John's.