The CBC's Jane Adey went to Iceland in September with a delegation from Newfoundland and Labrador to find out what we have in common and what we can learn about the fishery.

It's lean and full of protein, but how does any parent get their child to eat more fish?

In Iceland, a government-owned food and biotech company called Matis is experimenting with the machine of my dreams, the closest thing yet to 1960s cartoon character Jane Jetson's Food-A-Rac-A-Cycle. It's called the Foodini, a 3D food printer.

"Having kids eat a fillet of fish is not very exciting, but if you can create a dinosaur shape or a volcano … if I was a kid I would definitely go for cod in the form of a volcano," jokes Holly Kristinsson, a food scientist with Matis.

Kristinsson whips up a mixture of salted cod, milk and potato in a bowl and fills five cartridges, inside the door of the Foodini, with the fish puree. She presses a few buttons and presto, the Foodini begins printing the food into the shape of a star.

Kristinsson places the three-inch-high creation on a plate and squirts a dab of seafood sauce in the middle for colour. "It's a way to get kids excited about eating seafood," she says. 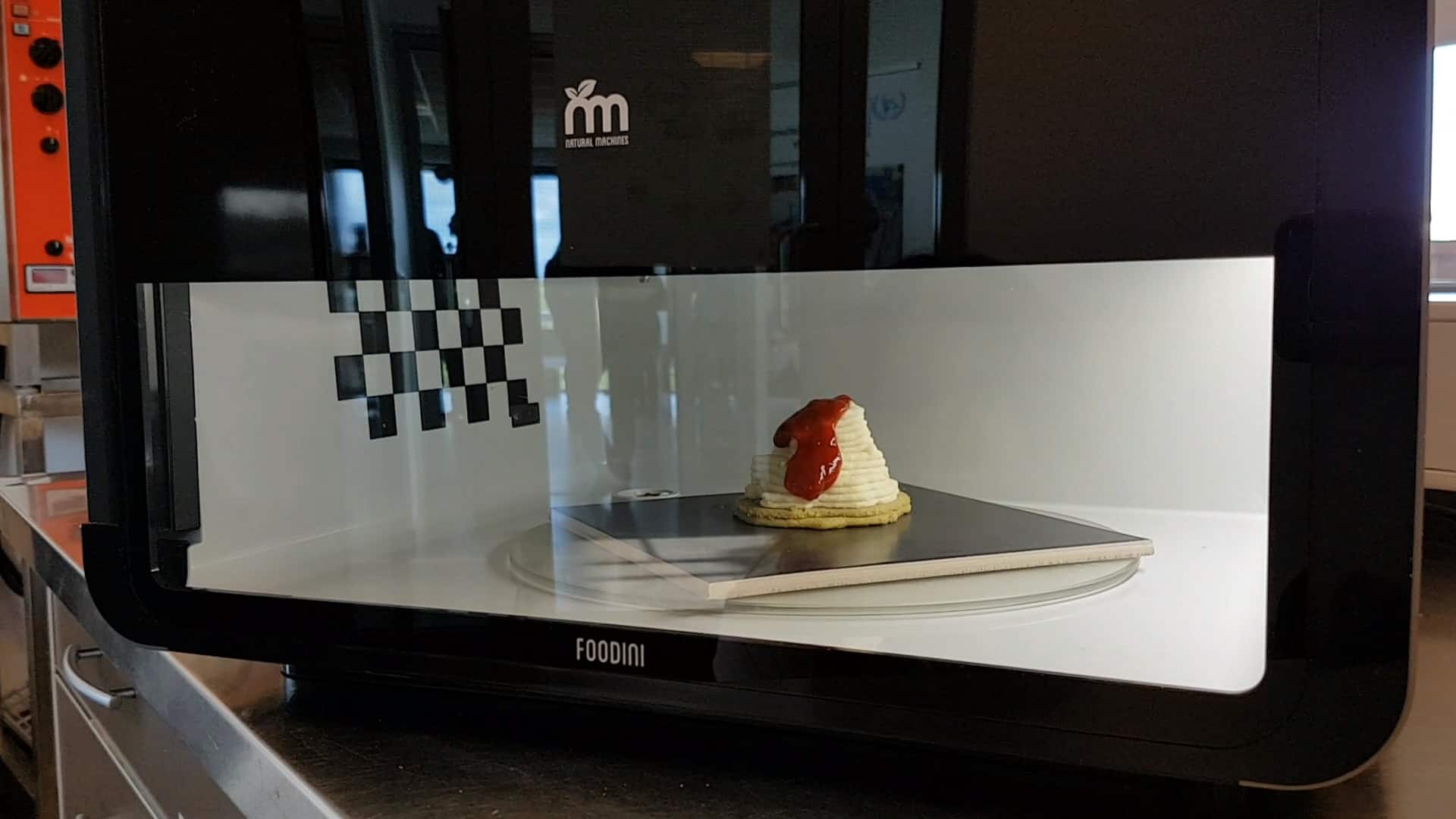 Kristinsson explains to me that the Foodini was developed by a company called Natural Foods to deal with food waste. "If you have food leftovers, you can puree them and then develop whatever shape you want."

It's not really convincing if the local people are not eating it.- Sveinn Kjartansson

He's wants to see an increase in consumption of seafood in his country, where — as in Newfoundland and Labrador — people are not always adventurous about trying the many options.

I visit Kronan, a well-known supermarket chain in Iceland, with Adalbjornsson to get a sense of how much seafood is available to locals.

We stroll past cooler after cooler of fresh and frozen Icelandic-caught fish; cod, haddock, ling, salmon, shrimp, scampi and the list goes on. There doesn't appear to be a lack of choice, but Adaljornsson says the rich source of Omega 3 is still not chosen enough.

"As a nutritionist, I sometimes say we are lying on a chest of health but we are not using it. Our oceans are among the cleanest on the planet … with a change in the consumption patterns of kids in Iceland we could minimize the negative effect of modern lifestyle diseases."

"Many people use it as a snack, the only thing is that it is relatively expensive so it's easier for young people to get chips which is one third of the price," says Adalbjornsson.

Still, he says there are improvements in Iceland where most canteens now try to offer at least one fish meal per week.

Seaweed instead of popcorn

What progress has been made in fish consumption could be attributed to one of Iceland's most celebrated chefs and champions of local food, Sveinn Kjartansson.

Kjartansson tells me he always dreamed of being a professional pastry chef but instead became famous in Iceland for serving and promoting something else — seafood.

His taste for the ocean quite literally came from his childhood. Fish mongers delivered a weekly catch to his family's door.

"I did eat a lot of seaweed when I was younger," he remembers. "When the family was sitting in front of the TV on Saturday, we had a bag of black seaweed. I thought all my friends were eating the same thing, but they were eating popcorn."

His focus on using local ingredients is similar to what Mallard Cottage's Todd Perrin and Raymond's Jeremy Charles have been promoting in their St. John's eateries.

Kjartansson is also known in Iceland for a weekly television program called Fagur Fiskur, which, in Icelandic, means "beautiful fish." The show was all about cooking and eating seafood.

"The goal was to try and get locals to eat more fish, more than 60 grams a week. At the time, young people weren't even eating one course per week," explains Kjartansson.

"We tried to say, don't be so afraid to cook fish it's not as difficult as you think."

Setting an example by eating at home

The show's content was fast-paced and used unconventional methods of cooking to hook the attention of a young audience.

He recalls one episode shot on location at an automotive school. "I used a blowtorch to cook the fish."

When I ask Kjartansson about 3D food printing he didn't seem to find the idea all that appealing, given that he makes his living creating and shaping food with his hands.

But he is on board with whatever advancements lead to greater recognition of the health benefits of fish and the people who harvest it from the sea in Iceland.

​"There are people going on the boats and they are working hard to get it and we have to start appreciating it more … this is our product and they should be proud to eat it," urges Kjartansson.

He sees greater fish consumption in Iceland and other coastal places as the industry's best marketing tool.

"I don't think you can sell it abroad as easily if you don't eat it at home. It's not really convincing if the local people are not eating it."

What can we learn?

Iceland's fishing and marine innovation industries are thriving. In September, a group of harvesters, processors, researchers and government officials from N.L. travelled there to see what can be learned.  Jane Adey, host of The Broadcast, made the trip too and has developed a series called Eye on Iceland.