Sherry Gambin-Walsh says she is not sure if she'll be able to work with Joyce if he's allowed back in caucus.

Former Liberal cabinet minister Eddie Joyce has been found to have broken a code of conduct for elected officials, mainly about how he lobbied to have a friend hired for a government job, according to an investigation into his behaviour.

The details are contained in a report tabled Tuesday in the House of Assembly that revealed how Joyce — who was ejected from the Liberal caucus with former cabinet minister Dale Kirby this spring — tried to influence another senior Liberal to get what he wanted.

Sherry Gambin-Walsh, the minister whose complaint resulted in the report, told reporters outside the legislature she is not sure if she could work alongside Joyce — the former minister of municipal affairs and environment — if he is allowed back in the Liberal caucus.

"I don't have any difficulty or dislike for anybody, and my background is social policy, and I believe that there's a restorative process that's possible," Gambin-Walsh said Tuesday. 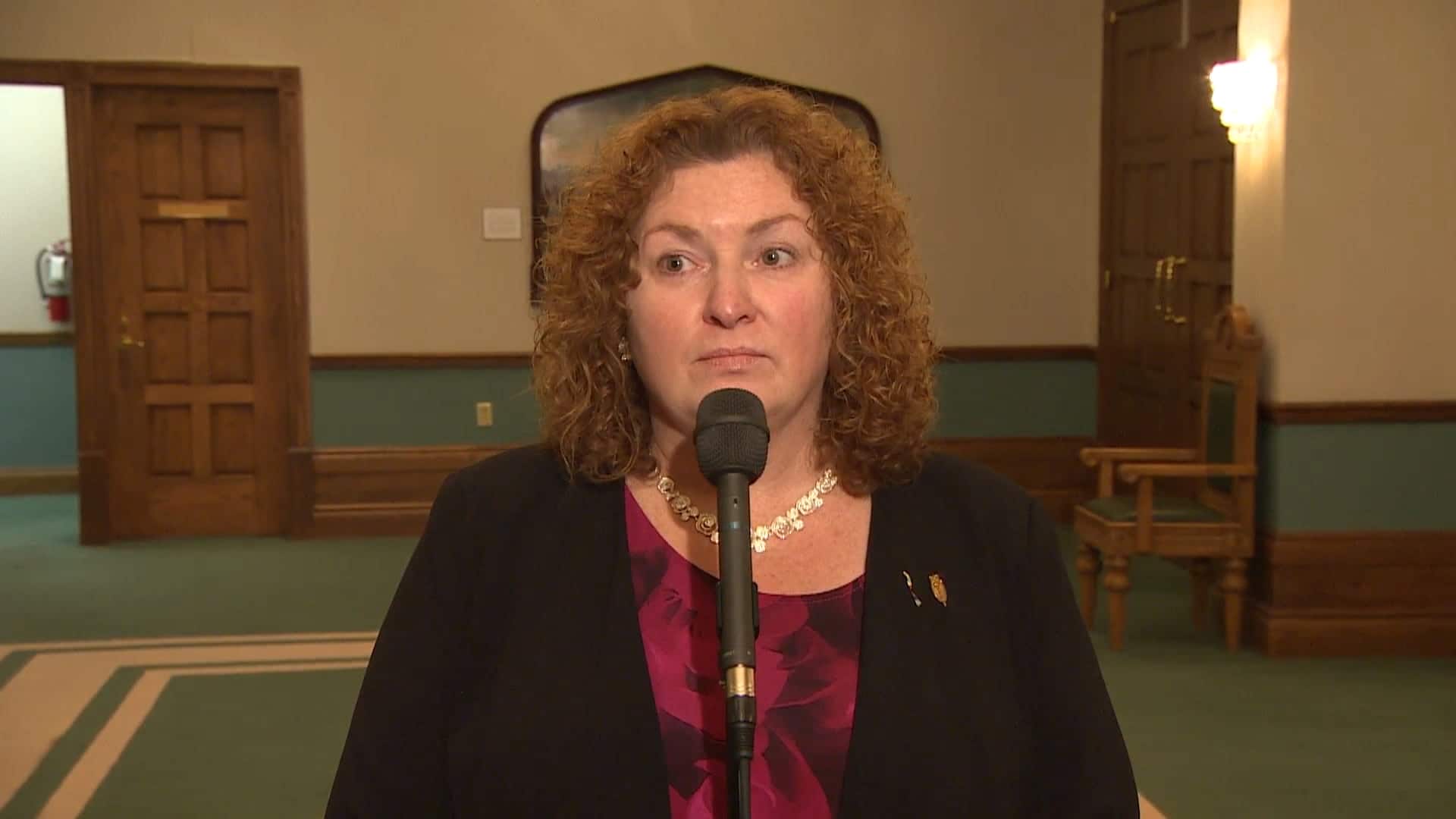 2 years agoVideo
1:20
Minister says she's not sure she can work with Eddie Joyce if he's allowed back in cabinet 1:20

"But I would really need to see what that particular process would be and how he would deal with that process in order to be able to answer that question."

A total of five reports written by Chaulk were tabled — two of them into behaviour of Dale Kirby, and three on Joyce.

Both of the former cabinet ministers were booted from the Liberal caucus earlier this year, amid the harassment and bullying allegations. The reports into Kirby's behaviour had already been distributed to the media prior to being tabled.

This type of conduct is not acceptable and must be discouraged.- Bruce Chaulk's report

One of the reports into Joyce dates from an official complaint on June 12, which would have been made by Service NL Minister Gambin-Walsh.

While she is not named in the report, Chaulk said Gambin-Walsh told him that Joyce was a good mentor and they had friendly conversations, but the working relationship changed amid a hiring issue on April 8, when Gambin-Walsh got an email from Joyce, asking her to call him.

"My husband was in the kitchen with me; I told him who had emailed me and I said, 'He is mad with me, I know he is, but I got to phone him — he is a minister, God help me,'" Gambin-Walsh wrote in her account to Chaulk.

Joyce had a friend who had applied to a government management position, and he wanted Gambin-Walsh to make sure he got hired, she said, adding that she explained to him that a deputy minister was in charge of hiring.

"It was useless to tell Minister Joyce this. He didn't want to hear it," wrote Gambin-Walsh, outlining the events prior to the April 8 call.

The person Joyce wanted hired was not among the applicants recommended, which Gambin-Walsh told Joyce.

"Minister Joyce was not happy about this and he was very persistent by saying go back and tell him that's who you want, yes you can do that, you're the minister," she wrote.

'He was clearly not qualified'

Gambin-Walsh went to her deputy minister and obtained proof that the applicant Joyce wanted wasn't qualified.

"The DM [deputy minister] gave me a sheet with the requirements — I was told that the applicant had two out of the six requirements," Gambin-Walsh wrote.

"He was clearly not qualified."

Joyce was back in his district when he found out someone else had been hired, prompting the April 8 phone call.

"He was really mad with me on the phone," she wrote. "I felt intimidated by him when he said, 'That's fine, I'll be following the rules too from now on' … and 'don't you worry,' not in a comforting way, but in an intimidating tone."

Gambin-Walsh reached out to Greg Mercer, the premier's chief of staff, who set up a meeting with the three of them, which Gambin-Walsh said was "not successful," and Joyce did not appear to understand his behaviour was inappropriate.

Chaulk, in his report, said Gambin-Walsh characterized this interaction as the "final straw," and the main reason for her complaint.

In the written response, Joyce said it's common practice for ministers to pass on resumés for consideration for interviews, a "heads up" practice he said the premier actively encouraged.

"The member [Joyce] vehemently denies that he wanted the complainant 'as the minister of Service NL responsible for OHS to make sure that he got that job,'" saying he only wanted to ask her why she hadn't given him a heads up, later calling it a "courtesy call," that someone else had been hired.

Joyce said it's "simply not true" that he tried to get Gambin-Walsh to return to her deputy minister to push for a certain candidate to be hired.

"The attempt by the complainant to conflate an allegation of harassment in the workplace, itself a serious and important matter, into an allegation of corrupt and unethical conduct suggests either an animus towards the member or irresponsible behaviour that is difficult to reconcile with the high standards expected of members of the House of Assembly in the discharge of their legislative duties," Joyce wrote.

Behaviour 'outside the norm'

Chaulk's report outlines his opinion that Joyce violated the code of conduct, as his actions related to the "hiring process, the manner in which he dealt with the complainant, particularly during the call on April 8th, did not meet the expectations of the code of conduct, that he perform his duties with '… accountability, courtesy, honesty and integrity.'"

Joyce's efforts to influence the complainant's actions and his response to an outcome he didn't want "were outside the 'norm' of political interactions" and "below the standards expected of persons in their role within government," the report states.

"I find that the manner in which he addressed the issue was unprofessional and showed a lack of mutual respect towards members of the public service by placing those individuals in the middle of a process that is supposed to be politically impartial," wrote Chaulk in the report.

"This type of conduct is not acceptable and must be discouraged."

Gambin-Walsh, in her written complaint, also cited an "intentional withholding" of information about funding for projects in her district, and the status of that funding.

She told Chaulk that Joyce argued about it, and at one point, she said, Joyce told her that she "was bugging him and had to give it up."

Chaulk recommends that Joyce, who he said had been co-operative throughout the process and has had a "significant financial penalty in being removed from cabinet for a significant period of time," be reprimanded.

Not happy with process

Gambin-Walsh said Tuesday that the was not satisfied with the overall process she had to go through, adding she and her legal counsel challenged it a number of times.

"I strongly believe that an organization that is qualified in investigating conduct, behaviour … should have been the process that we took," she said.

"I was not happy with the process right from the beginning and I challenged it numerous times with my legal counsel, but I guess in order for me to be able to say that at the end of the day this process did not work, I guess I have to go through it to say it did not work."

Gambin-Walsh added, though, that when she spoke with the premier, the issue was dealt with that day.

Cleared in another report

Meanwhile, another one of the reports tabled in the House of Assembly on Tuesday was the result of an investigation into allegations made by Tracey Perry, PC MHA for Fortune Bay-Cape La Hune. 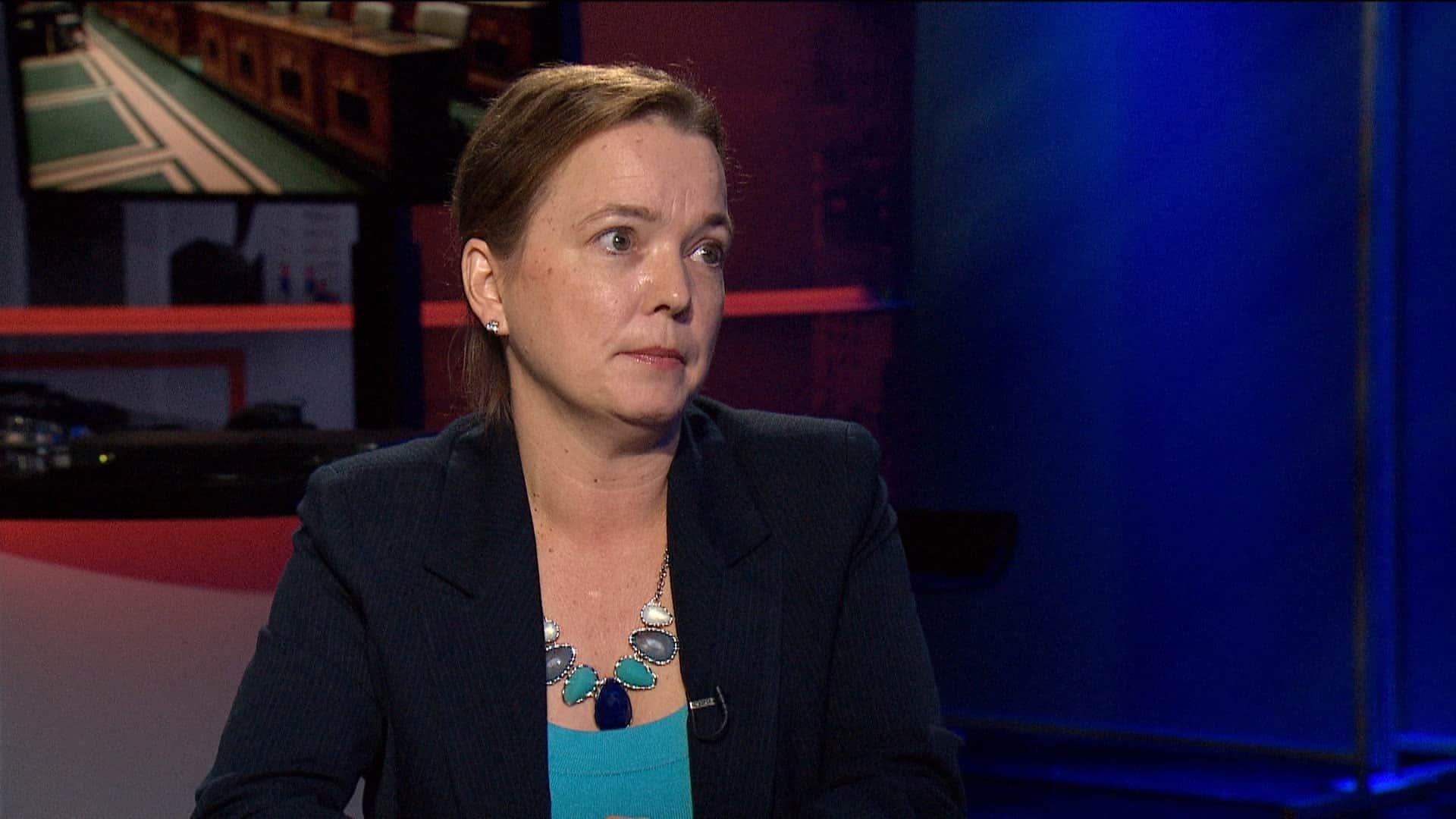 2 years agoVideo
5:12
The PC MHA says it wasn't about damaging the Liberals 5:12

That report cleared Joyce of the accusations that he acted improperly, a result that disappointed Perry, who said her filing a complaint had nothing to do with doing damage to her party's rivals.

"I didn't want to make this a process about being political," she said.

"I came forward only to say, yes, there is a culture of bullying and intimidation in politics. I don't believe it's unique to just Newfoundland and Labrador, but I do believe the time has come, the day has come, when we need to say this is not how we want politics to be."

Perry wasn't willing to comment on whether she felt Joyce should be allowed back into the Liberal caucus or cabinet but said she can work with Joyce again only if changes are made.

"Only if the premier is able to assure us that the type of behaviours we experienced in the past would not continue."