Ed Malone, who goes by Kip, rescued two young girls from a burning home on Central Street in St. John's in 1951. Now, 65 years later, he has become neighbours with one of them. 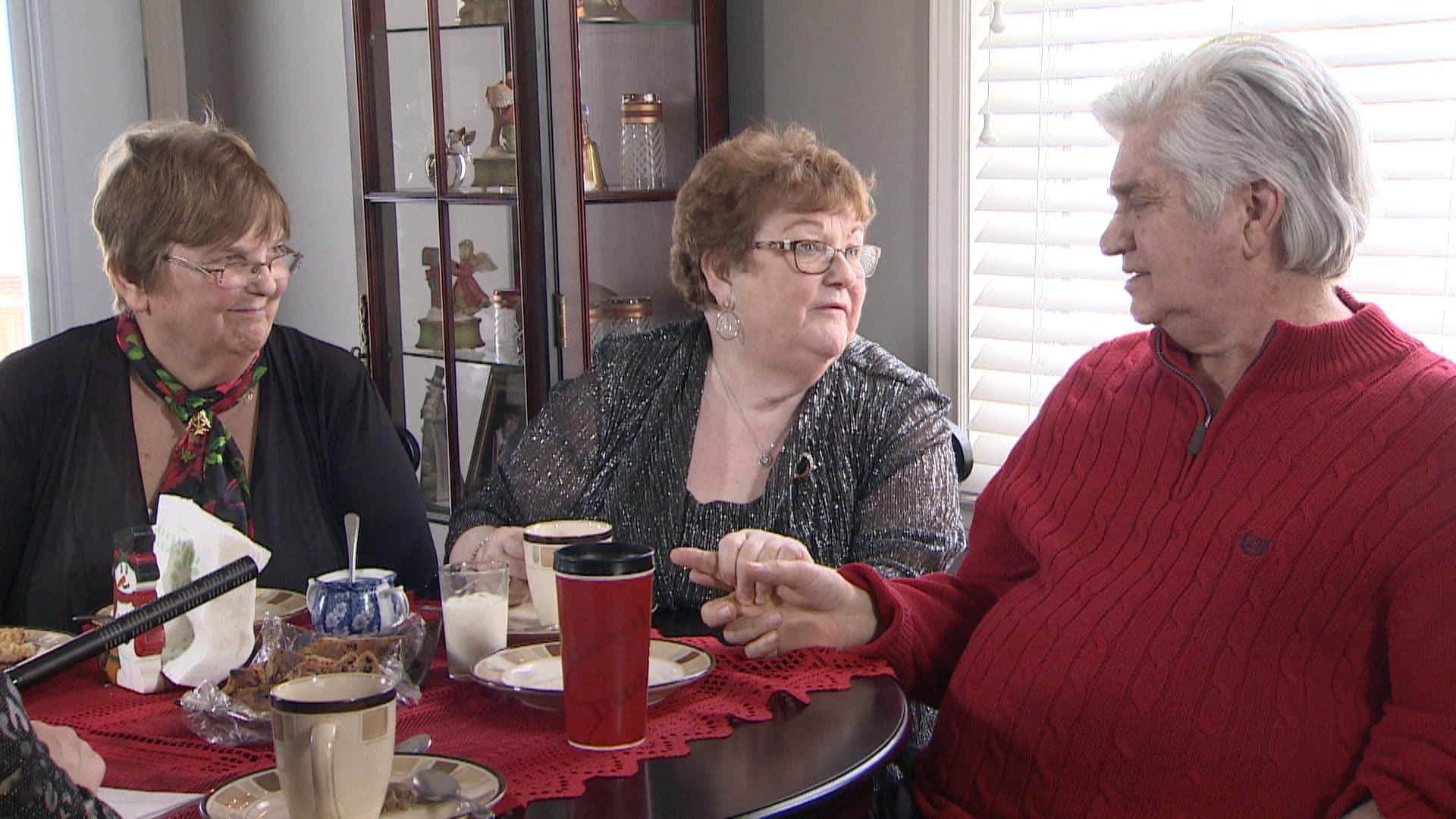 After 65 years, man reunited with women he saved from fire

For the better part of seven decades, Ed 'Kip' Malone has wondered what happened to the young sisters he saved from a burning home in 1951.

Malone was just 12 years old, sent for a pound of butter from the store at Christmas time, when he came across a house fire on Central Street in St. John's.

Hearing shouts from the top floor of the home, Malone ran into the building, grabbed two young girls and herded them out the door.

The girls' grandmother died in the fire that gutted the house and left the Earle family — eight children and their parents — homeless.

Last week, Malone was reunited with those girls he saved — Margaret Fowler and Barbara Earle — at his new home in Conception Bay South.

Without any idea who his neighbours would be, Malone moved into the house beside Fowler in November. It's a reunion the trio says is more than just luck.

"It's a miracle as far as I'm concerned," Fowler told the St. John's Morning Show. "I think it was meant to be. Both of our parents are dead … and gone to heaven, I don't know but it was something happened up in heaven that our parents got us together."

"It's divine intervention," said Earle. "It was meant to be."

Malone — nicknamed Kip for his love of kippers, or smoked herring — said he spent years wondering what happened to Fowler and Earle, who were five and three years old, respectively, on the day of the fire, Dec. 20, 1951.

"But I always knew what happened, and wondered. 'I wonder what became of these two children.' And I never did find out."

Malone's life took him to Ontario, but his retirement brought him back home, and into the lives of Fowler and Earle again.

For Malone, that's not the only thing that was divinely inspired. He said God had a hand in the rescue as well.

When he came across the burning home on Central Street, he heard a woman on the third floor yelling for someone to help her children. He says he ran into the smoky building, and up the stairs.

But when he tried to take Fowler out, she wouldn't go, because somewhere, Earle was still stuck inside the home.

"She had no idea [where Earle was], and no more did I," Malone said. He searched another room in the house, but couldn't see anything.

"But I knew there was a little girl somewhere," he said. "And so, I think it was the man upstairs that said to me 'sweep your hand under the bed' and I did, and I grabbed the little girl. So now I had two, so out I went."

'I couldn't get over it'

Neither of the neighbours recognized each other at first. It was only when they got to telling stories that the connection was made.

"When Kip told us that, I couldn't get over it," Fowler said.

"She just looked at me and nearly fainted," Malone added.

The women said they knew very little about the fire and it was too painful to ask their mother and father for any details.

Earle said she never even knew she had a hero, until she met Malone last week.

"I feel so blessed," she said. "If it wasn't for Kip, I wouldn't be here today and have the beautiful wonderful life and family that I have.

"How do you thank him, only to say thank you? I mean, there will always be this connection with us. And that I love you. I don't know what else to say."

For Malone, the reunion has answered questions he always had about the family that left the neighbourhood after the fire.

"I'm going to have to digest it for a while, because for a lot of years I've wondered what became of the two little girls," he said. "And I've only just found out — two beautiful women with families. So I'm very happy for it."

The group is convinced their reunion is more than just luck.

"It's not just a coincidence," Earle said.