Dwight Ball stepping down as Newfoundland and Labrador premier

Dwight Ball is stepping down as premier of Newfoundland and Labrador after months of scandals have besieged the House of Assembly. 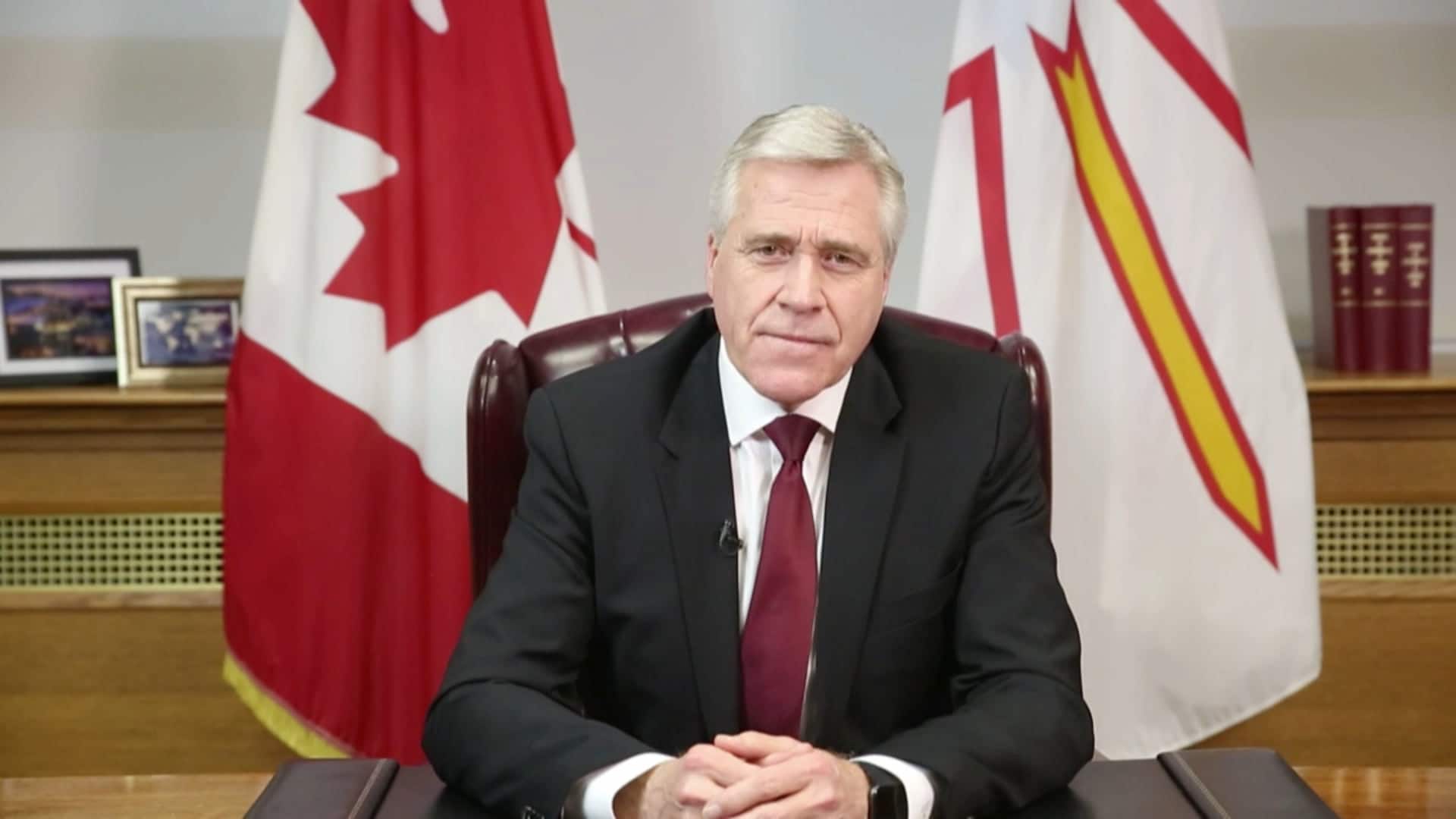 Dwight Ball stepping down as premier

1 year ago
7:42
Dwight Ball announced he is stepping down as leader, but will stay on as MHA 7:42

Dwight Ball is stepping down as premier of Newfoundland and Labrador after five years leading the province.

"Tonight I am announcing that my time in politics is coming to an end," Ball said in a pre-recorded video statement sent to media late Monday afternoon.

He said he has asked the Liberal Party president to set in motion the process of electing a new leader. "I am confident that candidates of extraordinary skill and integrity will step forward and answer the call for renewal," he said.

Ball's Liberals have come under fire in recent weeks for directing Crown corporation Nalcor Energy to sign a $350,000 contract with a man who worked closely with a Liberal cabinet minister and has connections to Ball's chief of staff.

That man, Gordon McIntosh, worked alongside Natural Resources Minister Siobhan Coady in 2016 as her deputy and helped design the province's offshore energy plan.

His Scotland-based company, Aberdeen International Associations, was awarded the sole-source contract with Nalcor to consult on the same plans he developed.

The hiring prompted fiery debate in the House of Assembly last year, prompting the opposition to ask why McIntosh's job wasn't opened up to a public competition or awarded to a company closer to home.

A recent CBC News investigation revealed Ball's link to that decision. It also prompted PC Leader Ches Crosbie and NDP Leader Alison Coffin to raise the prospect of other non-competitive appointments that may not have yet come to light.

Both leaders suggested the sole-source contract resembled last year's scandal involving former Liberal staffer Carla Foote, who was handed a high-paying job at The Rooms, a provincial museum and gallery in St. John's, despite having no related qualifications for the position.

"I've always worked in your best interest," Ball said in the opening of his seven-minute statement. He referenced his career and said he looks forward to spending more time with family.

He said he will stay on as premier until a new leader is chosen and will continue on as MHA for Humber–Gros Morne "into the next election."

He said a statement will be issued Tuesday outlining the "way forward" regarding the timing of a leadership contest. It's possible the Liberal annual general meeting scheduled for June in Gander could turn into a leadership race.

Current Liberal cabinet ministers Gerry Byrne and Siobhan Coady told CBC News Monday evening they will not be running when that contest gets underway.

Crosbie, who went head to head against Ball in a general election last spring, noted the controversies that resurfaced in recent weeks in an interview with CBC News after Ball's announcement.

"It's obvious that Mr. Ball has had a rough go in the last couple of weeks," Crosbie said. "It's a very difficult job at the top. It's a lonely job. And there are times when everybody's hand is against you."

He speculated those controversies, as well as the province's financial challenges, contributed to Ball's sudden resignation. He cited last week's announcement on electricity rate mitigation as a possible final straw. "That's probably what tipped him over the edge," he said.

Coffin conveyed surprise at the timing of Ball's retreat from leadership, but not at the announcement itself. "There's been rumours for quite some time there's going to be movement in the party," she said.

Both opposition leaders criticized Ball for stepping down at what Coffin called a "tumultuous" time for the province's finances.

Ball said Monday he wanted the new Liberal leader to have a say in this year's budget, suggesting he would hand over the premiership prior to its release this spring.

Starting from the date a new leader takes over, the Liberals will have 12 months to call a general election.

Ball reign dogged by turmoil within own party

First elected as premier in 2015, Ball shepherded the Liberals through several controversies, including a lengthy harassment scandal that led to two party members being ousted from the Liberal caucus after allegations of bullying and intimidation.

Ball cited the challenges facing him as he took the reins, including the vastly expensive Muskrat Falls hydroelectric project, a handover from a previous government that left the province mired in debt.

Taxpayers are still staring down the barrel of hefty electricity rate increases and widespread austerity measures in order to pay for that $12-billion project.

Ball struck a deal with Ottawa last week that alleviated some of the debt pressure on the province, but both Ball and his federal counterparts said the question of who would pay for the remaining shortfall was still under discussion.

"I took on the job when our province was facing challenges that were unprecedented in our history," Ball said in Monday's statement.

Implementing full-day kindergarten and expanding offshore oil production, he said, were among changes the government made under his tenure that he considered noteworthy.

The bulk of Ball's statement reviewed other policies enacted during his leadership, from changes to mental health services to paving the trans-Labrador highway.

He did not reference the recent scandals plaguing his party.

Ball's office told CBC News that he would not be taking questions or commenting further on the decision until Tuesday.

Malone Mullin is a reporter in St. John's. She previously worked at CBC Toronto and CBC Vancouver.

With files from Terry Roberts and Here and Now