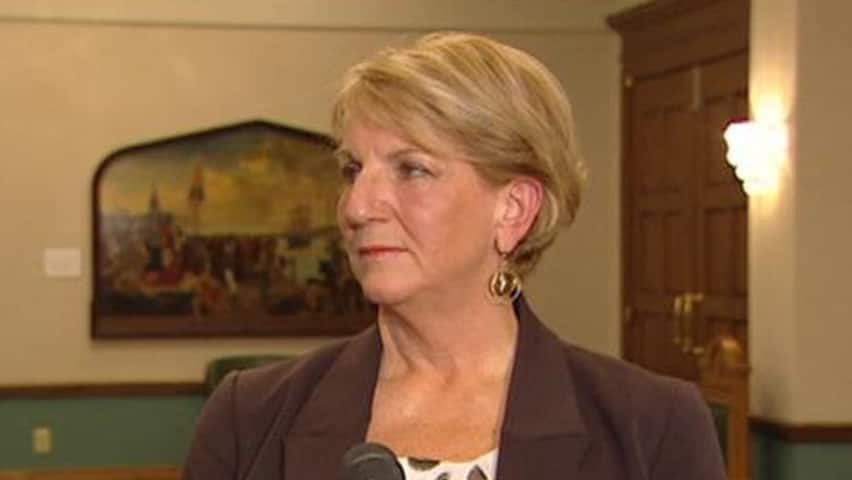 Newfoundland and Labrador Premier Kathy Dunderdale is anxious about pending changes to employment insurance, particularly for workers who rely on seasonal industries like the fishery for work.

"It's an area of very grave concern for us," Dunderdale told reporters in St. John's Wednesday, as she awaited details expected to be revealed Thursday on how the federal government will roll out its planned changes to EI.

Dunderdale said she has not been pleased with what she has heard, particularly suggestions that workers would lose access to benefits if they cannot travel for employment.

"It's certainly going to have a significant impact on seasonal workers and the greatest number of seasonal workers are involved in the fishery," said Dunderdale, who opposes a standard plan for EI across the country, and favours a system that takes into account job-market realities in different parts of the country.

Critics have expressed concern that EI recipients may be forced to move to other regions for lower-paying work.

"If they're coming out of fish plants, it may not be skilled labour," Dunderdale said.

"So, what's the rate of pay going to be? And are people going to be able to afford to make that kind of move, or even live with the income from that kind of work that's low-paying?"

Federal Fisheries Minister Keith Ashfield has said the reforms are not intended to force people to leave their communities to find work. However, he said people will no longer be able to turn down job opportunities within an hour's drive if they expect to collect benefits.