After 12-week strike, Dominion workers get gift of kindness

Michelle Hickey of Outer Cove, N.L., wanted to help Dominion workers who had been without regular paycheques heading into the holiday season. She wound up collecting enough donations to fill more than 400 Christmas stockings for employees of the grocery store chain and their families.

It looked like a scene from Santa's workshop, if the elves were wearing face masks.

A group of festively dressed folks gathered in a room crowded with gifts: boxes of candy, hats and mittens, soaps and all kinds of small presents. They laughed and chatted as their hands darted in and out, diligently filling hundreds of brightly coloured Christmas stockings.

But this workshop is an annex at the St. Francis of Assisi church in Outer Cove, N.L., and the stockings are being filled for people on a very special Christmas list.

"Every year, my daughter and I actually take on some sort of project," said Michelle Hickey, a member of the church and resident of the town.

"It could be a family sponsorship, or whatever the case may be, and this year the need was really great. Well, it was all over the news, about the Dominion strikers."

WATCH | To hear Michelle Hickey tell the story herself, click on the video below: 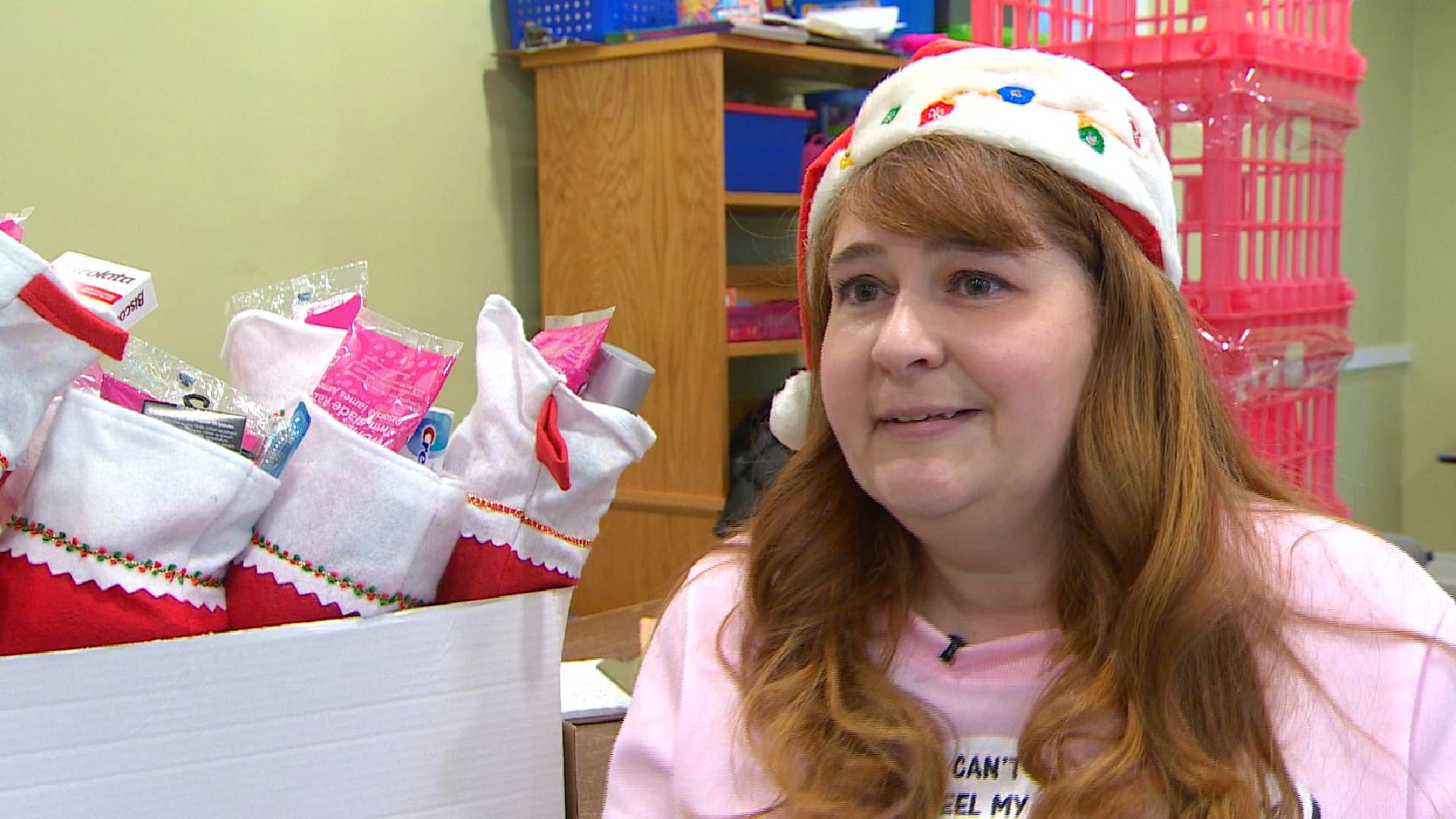 1 month agoVideo
3:17
After 12 weeks on the picket line, Dominion workers in St. John's received an unexpected gift of kindness: more then 400 Christmas stockings, stuffed to the brim by volunteers. 3:17

In late August, 1,400 employees at 11 Dominion locations in Newfoundland went on strike, shortly after Loblaw, the parent company of the grocery store chain, ended a $2-an-hour wage increase for essential workers implemented during the pandemic.

The strike lasted 12 weeks, leaving workers on picket lines well into the chilly fall weather, and without their regular paycheques heading into the holiday season.

Hickey says she shops at Dominion and knows many of the employees at her local store.

"I know there's a couple single moms up there, a lot of them are retired and this is their second job," she said.

"Some of them have spouses in the oil industry that have lost their jobs, they have no income. A lot of them were already using the food bank. Some of them had very small children and just had nothing, no means to give them anything for Christmas."

Hickey and her daughter Aurora decided to make helping those employees their cause for the season. They spread the word with family and friends, at their church and on social media.

"The people in my community are so generous, I hardly have to ask," said Hickey.

But she did a lot of asking, and donations came in from all over: dental clinics donated oral hygiene kits; friends in Torbay knitted hats, mittens and baby blankets; a local weight-loss club took up a collection among members. The staff at Costco kicked in $600 to help out their colleagues in the grocery business.

On Sunday morning, she organized a team of volunteers to help stuff the stockings and make the big delivery. Noreen Press came decked in a head-to-pointy-toe elf outfit, and said she couldn't help getting into the spirit.

"It is what Christmas is all about," Press said. "When you know that so many people have donated all of this, and you're just the vehicle to take what was donated, package it, and pass it on to these people who've had a real rough ride this year. It was a wonderful experience."

For Hickey, the best part of the experience was seeing all those small donations adding up to a huge pile of filled stockings.

"I'm a single mom and I'm only working part time," she said. "I don't have the financial resources to do something like this. I've got a bad back, and I can't lift stuff. But there's people on my team that can do the physical part of it, there are people that have the financial resources that can help, there's people that have time that they can volunteer."

With the stockings stuffed with care, the group loaded up their cars like a fleet of sleighs, and set off from Outer Cove to Stavanger Drive in St. John's.

Standing outside the Dominion grocery store, despite a flurry of fresh December snow, were some of the  workers who had spent so much of this year on the picket line in that very parking lot. Now they were ready to receive a gift of kindness from a group of strangers.

"Our members at Dominion were overjoyed with it," said Janet Mills, the store bakery manager. "To think that we were going to get a stocking for everybody and their kids and that."

"We've had a hard go of the year," Mills went on. "And we so appreciate this to give to our members. We're just so delighted with them to do this for us."

As the volunteers and Dominion workers crowded together for a group picture, Hickey thought about all the small acts of kindness that had added up to fill those stockings and create this moment.

"So don't ever apologize for saying, 'I only have five dollars to give,' or 'I can only give you a tube of toothpaste,' or 'I only have an hour to spare,'" she said. "It comes together and it works."

CBC's Make the Season Kind campaign runs Dec. 1-18. Join us in helping local food banks, and celebrating stories of kindness in your community. You can win weekly prizes by making a donation of sharing your story. Click here to learn more.

Zach Goudie is a journalist and video producer with CBC in St. John's, NL.