Diving for icebergs: A view from the bottom

Take an exclusive trip underwater to see icebergs as you've likely never seen them before. 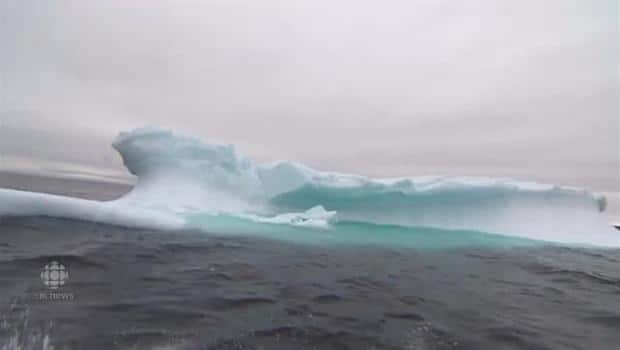 6 years ago
4:46
CBC takes you on an underwater adventure to see what icebergs look like below the surface 4:46

People from around the world are coming to Newfoundland and Labrador to see the icebergs along the coastline this season, but what they don't see are the massive ice structures below the ocean's surface.

The CBC's Amy Stoodley cast off from the dock in Conception Bay South last week to take a special underwater iceberg tour, after completing dive training.

Ocean Quest Adventures, based in C.B.S., will take experienced divers down on a chilly adventure.

"We're gonna giv'er 'til we shiver," he said before the dive.

According to Stanley, safety is a big priority, and it all comes down to picking the right iceberg.

"These bergs are so massive underwater. You gotta be ready and you gotta be careful how you dive on them — you gotta pick the right berg," he said.

"Just remember that it's risky business, anything can happen. They're unpredictable and the safest place you are is underwater."

Stanley said one of the big risks is an iceberg rolling while someone is diving nearby.

The best way to tell if an iceberg hasn't rolled recently is by its colour; the more stark white the berg is, the safer it is. When the colour is more blue, it means that side recently absorbed water.

Check out the video above for footage from Amy's dive, captured on a GoPro camera, as well as video and photos of other dives provided by Ocean Quest Adventures.