Disgraced Roman Catholic bishop Raymond Lahey apologized for his actions before an Ottawa courtroom on the second day of his sentencing hearing on child pornography charges.

Raymond Lahey to be sentenced January 4 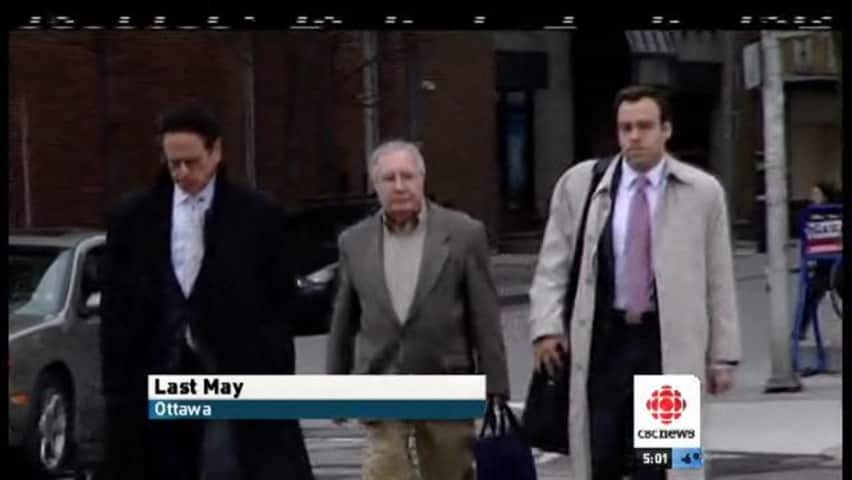 Disgraced Roman Catholic bishop Raymond Lahey apologized for his actions before an Ottawa courtroom on the second day of his sentencing hearing on child pornography charges.

Lahey, 71, former head of the diocese of Antigonish, N.S., pleaded guilty earlier this year to possessing child pornography for the purposes of importation to Canada.

He is scheduled to be sentenced January 4.

He said though he desired to be found out, he did not seek help because of his position in the church. But he said being arrested was a blessing and that others could learn from his experience.

"To others, look at what they are doing cease it and seek help," he said from a statement written on a piece of paper. "It causes genuine harm to children."

There were a total of 588 photos and 63 videos before the court, and most were very graphic including boys as young as 12.

Elhadad went on to say Lahey's pornography was from different download dates, and said Lahey would have continued on the same path if he was not found at the border in 2009.

Dr. John Bradford, the psychiatrist who assessed Lahey for both the Crown and the defence, confirmed Lahey told him he would still be a bishop if he had not been caught.

On Monday, Lahey’s lawyers asked for the one-year minimum sentence, plus one-year probation. They are also asking for a 2-for-1 credit for time served. Lahey has been in jail since pleading guilty in May.

The Truth in Sentencing Act came into effect in 2010, ending the 2-for-1 credit on jail sentences, but Lahey's charges predate that change, his lawyers argued.

Lahey will be sentenced Jan. 4 at 10 a.m. ET on one count of importing child pornography.

Bradford argued on Monday that Lahey is not a pedophile and presents virtually no risk to commit a hands-on sexual offence.

He also told the sentencing hearing Lahey has a homosexual interest in adolescent males — aged 14 to 17 — and young men, as well as sadomasochistic interests. But, he said, a pedophile is someone who is attracted to children under age 13 for more than six months.

Lahey, originally from Newfoundland and Labrador, was a bishop in the western Newfoundland diocese of St. George's between 1986 and 2003, and in Antigonish, N.S., until 2009.

In September 2009, police arrested Lahey at the Ottawa airport and found hundreds of child pornography images on his personal computer. Lahey’s sentencing hearing began Aug. 4, when his defence lawyers argued the images found on Lahey's computer were less graphic than pornography collections found by police investigators in other cases.