The Department of Fisheries and Oceans says its officers stopped people over the weekend from swimming with a friendly beluga in Grate's Cove, despite warnings that human interaction could be fatal for the marine mammal.

Caution: The photo in this story may be disturbing to some 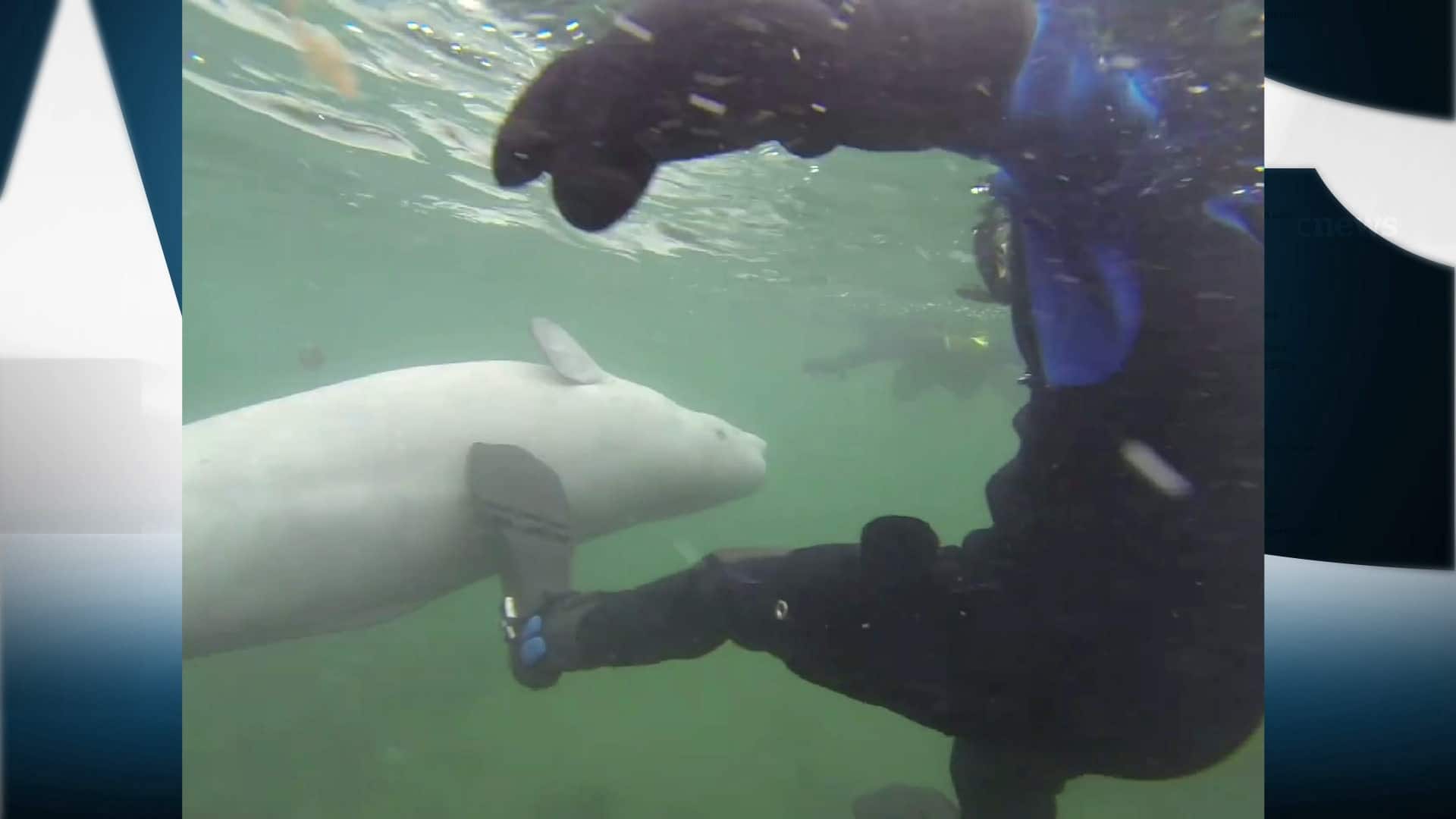 Back off those belugas!

5 years agoVideo
1:44
DFO officials have started cracking down on interaction between humans and the young beluga that's made the harbour of Grates Cove its home this summer. 1:44

The Department of Fisheries and Oceans says its officers have stopped people from swimming with a friendly beluga in Grate's Cove, despite warnings that human interaction could be fatal for the marine mammal.

"Whaley" the young beluga has drawn in crowds to the wharf in Grates Cove on the Bay de Verde peninsula over the last several weeks. It has been so friendly, in fact, that people have gotten into the water to swim with it, and DFO received a report of people trying to harness the mammal and ride on its back.

In an effort to save the whale, DFO warned people not to get in the water with the mammal and began doing undercover patrols.

"We've seen a decrease in the amount of interference and disturbance that people were taking part in although we've still had some issues and we've dealt with them," said Jerry Walsh, the chief of regulations with DFO in St. John's.

There was one group that decided to get into the water and continue swimming with the whale, prompting DFO to launch an investigation, Walsh said.

"We had good support in the community from Grates Cove that wanted to see the wellbeing of this young beluga protected, but it seems that there is always that percentage of the population that wants to test, or ignore the messages that we're trying to convey."

Could result in charges

Still, some people believe playing with the beluga may not be as detrimental as what DFO experts suggest.

Rick Stanley, owner and operator of Ocean Quest, was one of the first people to swim with the whale, prior to DFO's media interviews warning against it.

Stanley said the whale is becoming friendlier as more people come in contact with it, adding the whale has attracted curious people to the area, boosting the economy. 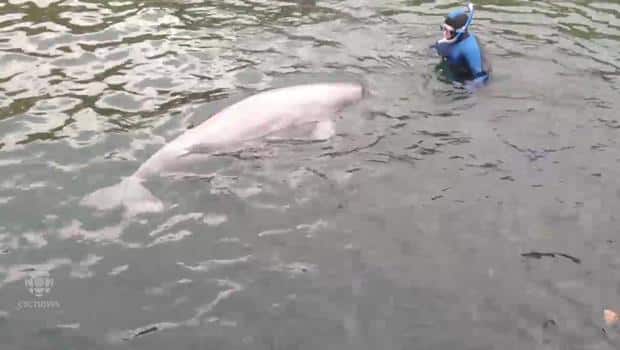 5 years agoVideo
1:16
DFO is warning people not to interfere with Whaley the beluga in Grates Cove 1:16

"I don't believe the snorkelers and the swimmers are doing anything wrong intentionally, and the whale could be there for up to ... who knows?" Stanley told The St. John's Morning Show.

"The big harm of course is the propellers and it's not the people that are swimming with it and what not."

DFO, however, said that continued interaction with swimmers and boaters is encouraging the whale to hang around, which is therefore putting the whale in harm's way.

It is illegal to disturb a marine mammal, and charges could be laid if marine mammal regulations are violated.