DaycareDebt | Karen Banfield: 'I think parents don't realize how much goes into it' 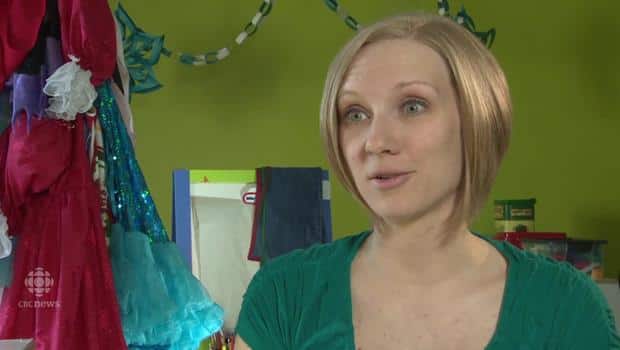 It leaves Banfield wondering if parents understand what goes into running a daycare, and if they understand that lower fees could mean wage cuts, an exodus of staff, and possible daycare closures.

Banfield says she has people calling constantly, looking for daycare for their children, and she can't guarantee them any spaces. Priceless Treasures currently has at least 30 names on the waitlist for each age group, and a child has to leave the daycare before she can take on any new children.

"Some people have been on [daycare] waitlists anywhere from a few months to two years," she said.

But waitlists aren't the only the issue. Banfield says a lot of parents complain about fees. For infants, fees at her daycare run between $375 to $400 a week, while toddlers cost $250, and preschoolers cost $230.

"A lot of parents are complaining about fees, but in order for child-care centres to run, in order for staff to get paid and bills to get done, parents have to pay. The government helps out what they can, but it's not enough," she said.

"I think that parents don't see what goes into it. I think they just see that it's an expense much like anything else. When you get your light bill and you say, 'Oh my God, Hydro's putting up my light bill, that really sucks," Banfield said.

Banfield said daycare centres like hers have to deal with the added pressure of chasing the Newfoundland and Labrador government for subsidy money provided to low-income parents.

"It rarely comes on time — especially a lot of the centres that have multiple children under subsidy. I have centres right now that are backlogged by months, waiting on money. I mean, you can't pay mortgages and staff with no funds," she said.

The government has suggested moving towards a similar system to Quebec's, where parents would pay a daily fee. In Newfoundland and Labrador's case, the suggestion is $15 a day.

Banfield said while it might ease pressure on parents, it wouldn't work for daycares.

It seems like it is always parents versus the daycares, but we need to be able to work together. I mean, our main goal is the children.- Karen Banfield, Priceless Treasures daycare operator

"When I was talking to a few daycare owners, a lot of the owners do pay their staff more. If they're looking at capping what we're allowed to charge and then the government said they'll top up so many dollars per space, it still doesn't meet where a lot of centres are to now, which means in order for them to try [to] operate, they would have to give staff pay cuts — and I mean, $3 or $4 an hour pay cut," she said.

Banfield said no one would stay in a field where wages were cut and there was no possibility of raises, making it difficult for daycares to maintain the quality they have now.

She said the only solution is for parents and daycare centres to work together to come up with solutions. And government needs to look into each individual centre and check out everyone's individual costs, since every centre operates differently.

"It seems like it is always parents versus the daycares, but we need to be able to work together. I mean, our main goal is the children," she said.