Actual prize for Keri Dunphy is free tater poutines for a year, for her crochet Big Mary meal entry

A crochet Big Mary meal made by a woman from Newfoundland and Labrador — complete with taters, gravy and of course, a can of Pepsi — has been declared the winner in a nation-wide contest.

Mary Brown's asked fans, 14 years or older, to get creative in a Canada Day contest and submit a drawing, painting, wood carving or any other type artwork depicting a menu item or something else associated with the establishment.

Keri Dunphy's entry drew rave reviews on social media sites, and it clearly caught the judge's eyes. Now she gets free tater poutines for a year.

Dunphy, who is from Burin, had said it was the taters that gave her the most trouble.

"I did it first and I was visiting my mom and my nan at the time and they just look at it, the first one I did, and they told me, 'Keri, that don't looked cooked.' So we had to go to Mom's yarn stash and find the right colour for that golden tater," she told CBC last week.

It appears the effort paid off and now real taters are on the menu, whenever she wants for the next 365 days.

"Just call me the poutine queen," she wrote in a Facebook post that announced her entry was the winning one.

Dunphy appears satisfied, but at least some believe the prize missed the mark.

"What! No free chicken? Come on Mary!" wrote Jackie Manuel on Twitter. 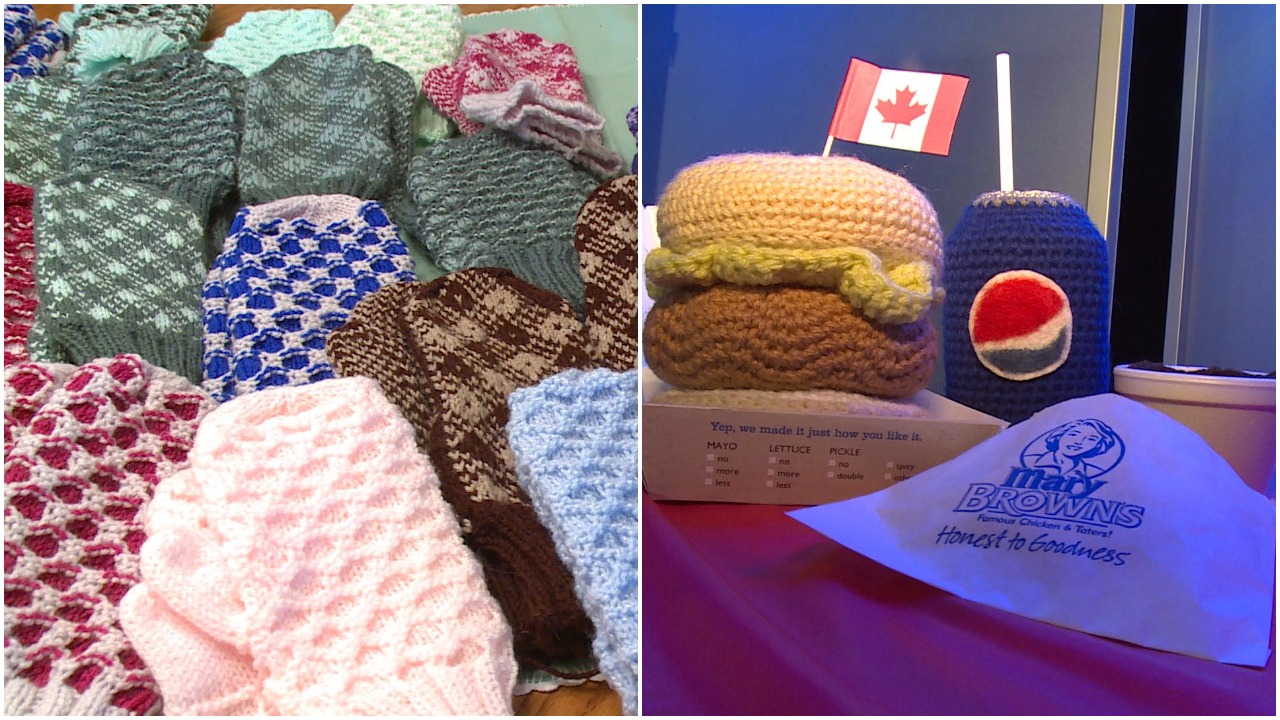 Knittin' and Crochetin' for Canada