Come From Away gets standing ovation at Toronto opening

Come From Away, the musical that tells the story of the people who were stranded in Gander following the September 11, 2001 terror attacks in the U.S., got a standing ovation in Toronto Wednesday night. 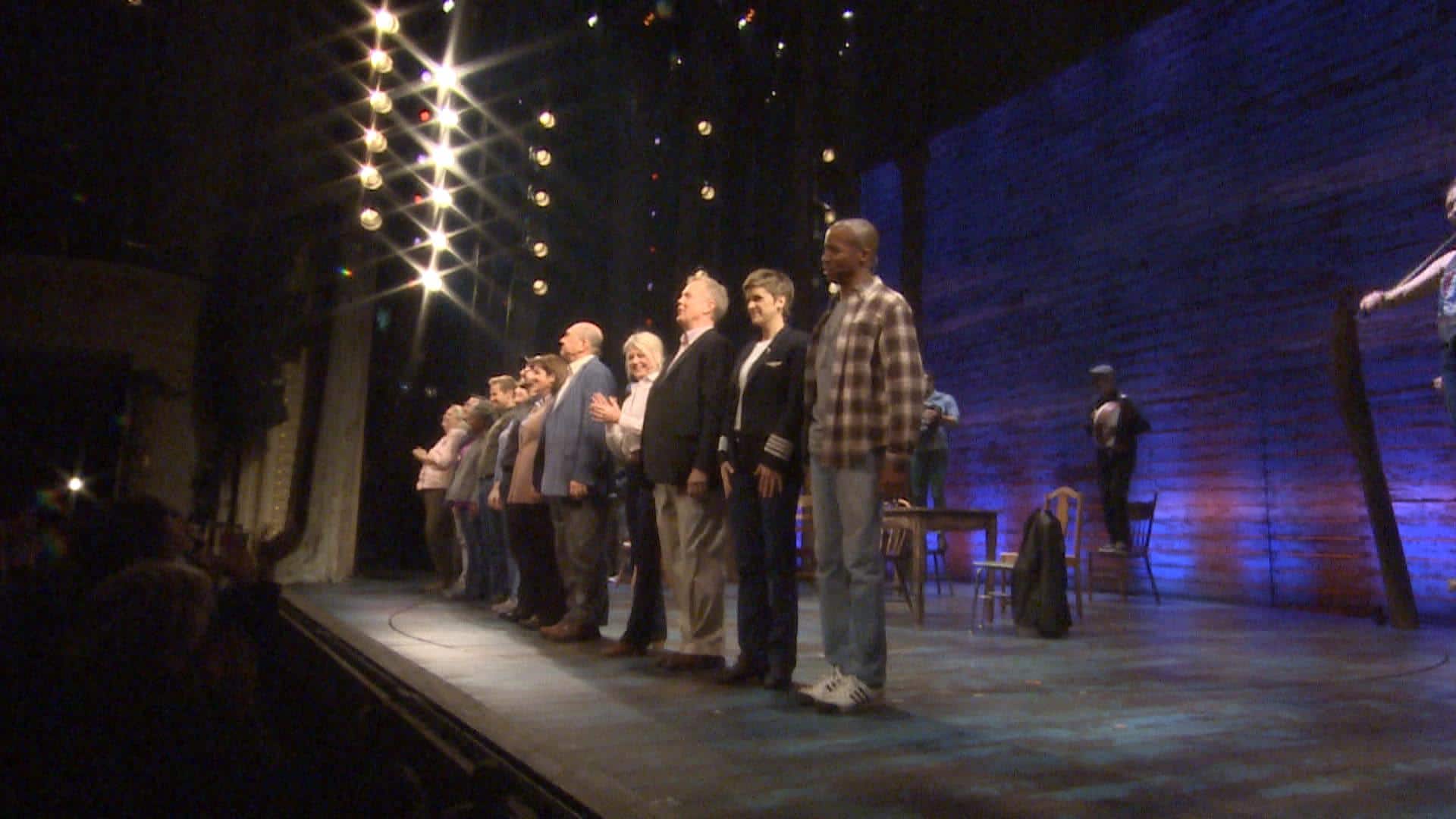 Come From Away opens in Toronto

4 years agoVideo
1:33
A play bound for Broadway that's based on the experiences of Americans in Gander during 9/11 opened in Toronto on Wednesday night. 1:33

Come From Away, the musical that tells the story of those stranded in Gander following the September 11, 2001 terror attacks, was rewarded with a standing ovation at its Toronto opening Wednesday night.

The Broadway-bound play opened to a sold-out audience at the Royal Alexandra theatre and the crowd was on its feet applauding and cheering once the curtain fell.

For Come From Away co-creators Irene Sankoff and David Hein, both from Toronto, the opening was a homecoming.

"Maybe a little jitters, we are just excited to bring it back here. I mean, this is where it was developed," said Hein. "It's a Canadian show, so we are thrilled to be celebrating it here."

"It's where our friends and family are, so we get to share it [with] them, finally after five years."

The jitters were unnecessary.

Come From Away has been a hit and enjoyed rave reviews since premiering in the United States last year.

Many of those reviews say what happened when nearly 7,000 people were stranded in Gander after U.S airspace was closed on 9/11 is a story for our times — one of people helping people in times of crisis.

Come From Away is almost documentary-style in its storytelling and a number of people portrayed in the play were on hand for the Toronto performance, including Gander Mayor Claude Elliott.

"Sixteen years ago we never thought what we did for the people that was stranded in Gander, that we would be doing this tonight ... I feel very proud," Elliott said prior to heading into the show.

"The strongest asset you have in your community is your people and when you have a crisis you need good people and we had a whole community that was willing to help, and other communities surrounding Gander to help, during that tragic time during 9/11."

Some of the key characters portrayed in the musical were the people stranded because of the attacks.

Beverley Bass was the pilot of American Airlines Flight 49, one of the planes forced to land in Gander. The Toronto opening was the 39th time she's seen the show.

"I just love it every time," Bass said. "Every time I watch it, it feels like the first time. I know that sounds crazy, but I love it that much."

Despite seeing so many shows previously, Bass said it was "extra special" to see the performance in Canada, "where it happened."

Some of Canada's biggest stars attended the opening, including Newfoundland's own Rick Mercer.

"Newfoundlanders, we don't do everything right, but the one thing we do do right is hospitality," Mercer said.

Come From Away is set to open on Broadway in February.