It was a chilly Saturday in July in St. John's for the Confederation Hill Music Festival, but the low temperatures and fog didn't stop people from heading out for the show. 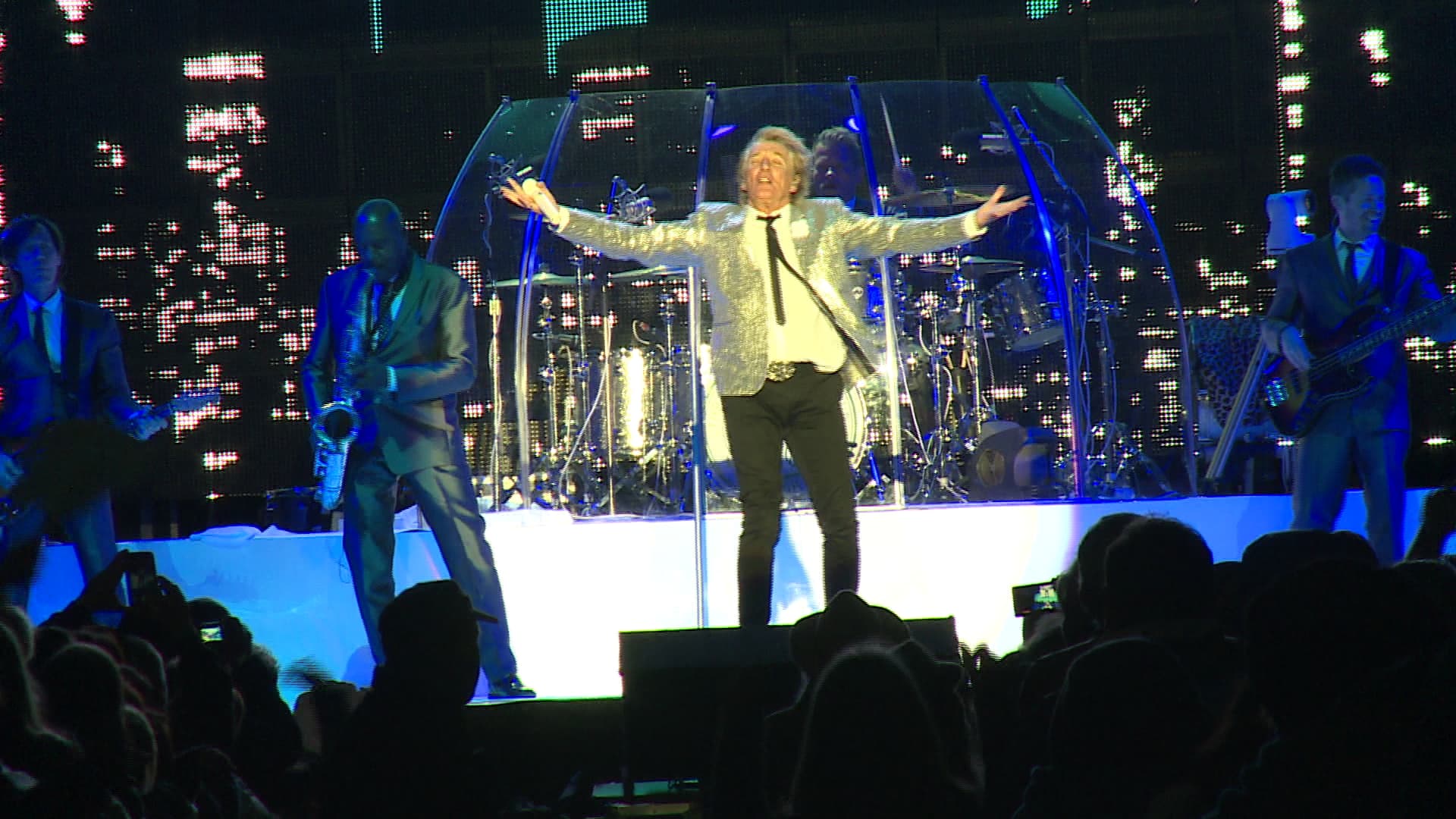 5 years ago
3:04
Rod Stewart, the Goo Goo Dolls and Sass Jordan at the Confederation Hill Music festival. BC's Jeremy Eaton was there 3:04

It was a chilly Saturday in July in St. John's for the Confederation Hill Music Festival, but the low temperatures and fog didn't stop people from heading out for the show.

Rod Stewart headlined Saturday's concert, along with the Goo Goo Dolls, Sass Jordan, The Navigators and Timber. Due to issues with flights and weather, Blue Rodeo was unable to make it to the concert.

The Goo Goo Dolls were nearly unable to perform at the concert. The band said there were a number of travel delays and cancelled flights, as well as an unexpected stop in Stephenville, before they finally landed in St. John's Saturday — just in time for the show.

In addition, local bands played between the main acts on the Homegrown Stage at the other end of the field.

The temperature wasn't exactly what one might expect in July, so Stewart bought cashmere capes from St. John's store Always in Vogue for his backup vocalists and some band members to help them keep warm.

Ticket sales were limited to 18,000, but there's no official attendance count for Saturday night's show.

Leonce Morrissey was fairly well prepared for the weather, which felt more like fall than summer, wrapped in a blanket at the show.

"Came to see Rod Stewart. Disappointed that Blue Rodeo's not showing up, but that's it," she said.

"This is Newfoundland and we are cold, very cold. Froze to death."

Concertgoer Kris Fleming said he was at the show to see the Goo Goo Dolls, while his wife was excited for Rod Stewart — despite the cold.

"I just gave my wife my coat, I just gave my friend my sweater and I got long johns on … having a great time man, life is great."

This was the first-ever Confederation Hill Music Festival in St. John's. There's no word on whether there are future concerts planned.