Reflecting on a drastic move that was intended to last only two years, John Crosbie says he had no choice but to shut down a legendary fishery.

Drastic closure was first expected to last only two years

Reflecting on a drastic move that was intended to last only two years, former federal minister John Crosbie maintains he had no choice but to shut down one of the oldest fisheries in the world.

Based on the advice he had, Crosbie ordered a moratorium on northern cod — triggering what's often called the largest industrial layoff in Canadian history, causing about 40,000 people to lose their livelihood.

The moratorium, which came into effect July 2, 1992, is still largely in effect, with only a small commercial fishery now permitted in Newfoundland and Labrador's waters.

"Nobody thought it could be 20 or 30 years, when in actual fact of course that's how long it actually was," Crosbie told CBC News.

The moratorium had a devastating impact, particularly in rural communities where the cod fishery was often a key source of income. 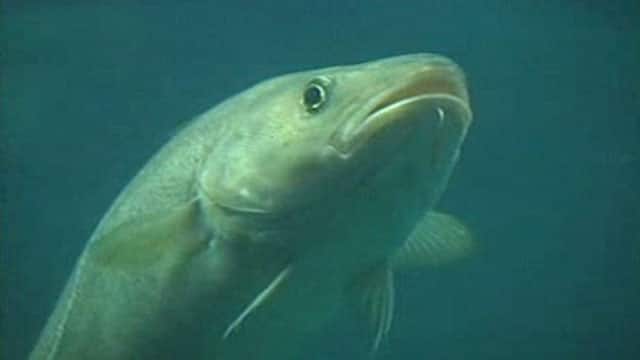 3 years agoVideo
14:21
Newfoundland's cod fishery was shut down 25 years ago. Many now admit it was the right move, but with growing calls to increase cod fishing, is history about to repeat itself? 14:21

It also prompted a massive exodus from the small outports that dot the province's coastlines. While about 580,000 people lived in Newfoundland and Labrador when Crosbie made his fateful announcement, the population plummeted throughout the 1990s, hitting a bottom of about 506,000 in 2007.

While the population has gradually been increasing since, the fishery is far from the key economic driver in a province that was once synonymous with fishing. Less than three per cent of the workforce is now employed in the fishery.

Looking back, Crosbie, 86, says he had no choice but to make a bold move to protect cod stocks, which had been clearly collapsing.

On Canada Day in 1992, the last day that fishermen had to take their nets out of the water, Crosbie faced a hostile crowd in Bay Bulls.

Earlier that week, angry spectators tried to barge into the St. John's hotel room where he announced the moratorium.

"I understood why they were so upset and I couldn't blame them," Crosbie said in an interview, "but this had been coming for a long time and was predictable months earlier."

A shellfish boom, and bust

Despite the cod collapse, the value of Newfoundland and Labrador's seafood landings went on to soar in successive years, powered by large catches of — and hefty prices for — crab and shrimp.

We don't want to get it wrong twice.- Biologist Karen Dwyer

Now, though, that shrimp plant has closed for good.

"To think that I can't go in that plant again is devastating," said Paula Elliott, whose 33-year career as a fish plant worker has ended, again.

"My whole life has been in that plant."

The powerful downturn in crab and shrimp has left many people thinking that cod stocks may be in good enough shape to restore more of the commercial cod fishery.

"That pressure is definitely there, especially for fisheries managers, I think because the stock is still where it is, in the lower half of the critical zone," said Karen Dwyer, the lead biologist on northern cod with the Department of Fisheries and Oceans.

"I think it's not the answer right now, but it does indicate we need to be more careful … with what we are doing on this stock," she said.

"We don't want to get it wrong twice."

With files from Chris O'Neill-Yates, Garrett Barry and Reg Sherren