The Canadian Coast Guard is testing out a drone aboard the George R Pearkes, operating off the coast of Fogo Island. 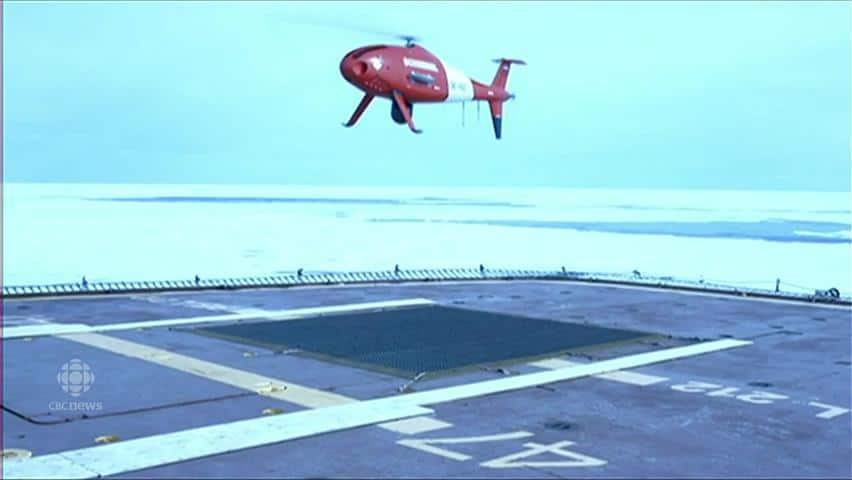 5 years ago
1:03
The drone practices landings and takeoffs in this handout video 1:03

The Canadian Coast Guard released video Wednesday of a drone being tested on the icebreaker George R Pearkes, operating near Fogo Island, N.L.

The drone, a Schiebel Camcopter S-100 made in Austria, was practicing takeoffs and landings on the icebreaker's helipad.

The manufacturer's website says the drone, which resembles a small helicopter, has a flight range of 200 kilometres, and can fly at night and in "adverse" weather.

It is operated by remote control, but can also fly in a pattern by following a series of GPS waypoints.

Helicopters of any type are important in ice breaking operations to allow the ship's crew to pick their route through sea ice.

However, the ability to fly ahead of the ship and transmit live video is a capacity that any ship's captain would appreciate.

The Schiebel UAV has already been through testing with the German Navy.