WestJet's latest direct flight from St. John's spelled good news for travellers Tuesday, as the airline offered flights to England starting at about $199 one way. 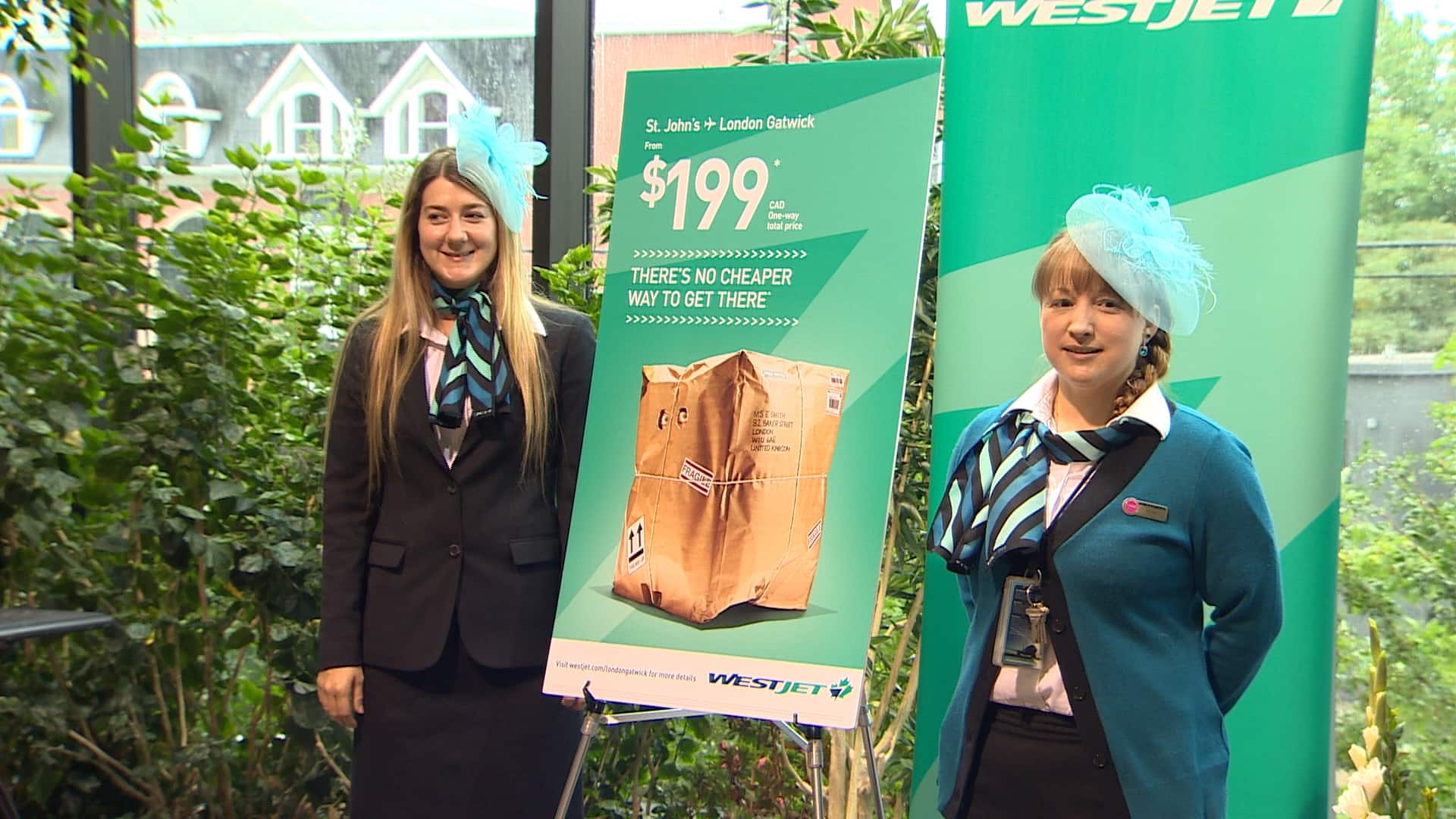 WestJet's latest direct flight from St. John's spelled good news for travellers Tuesday, as the airline offered flights to England starting at about $199 one way.

The non-stop service was announced at the Sheraton Hotel in St. John's and will see daily flights across the pond to Gatwick Airport on a Boeing 737.

Similar flights to Gatwick, south of central London, will also be offered in Vancouver, Edmonton, Calgary, Winnipeg and Toronto.

And this lucky lady just won a trip for two to Gatwick for playing Heads and Tails <a href="https://twitter.com/hashtag/cbcnl?src=hash">#cbcnl</a> <a href="http://t.co/IXj8hkmAFF">pic.twitter.com/IXj8hkmAFF</a>

"Canadians have been paying far too much to fly to Europe for far too long and today, as we have throughout our history, we're going to fix that," said WestJet's Bob Cummings, in a news release.

"We are offering non-stop flights at very low prices and we're proud to once again lower airfares and make travel more affordable."

The St. John's flights will begin May 7, but tickets are now available online.

Much like WestJet's direct flights to Dublin, Ireland, the airline is once again sweetening the pot with low costs, starting at $199 per one way ticket.