Newfoundland and Labrador’s finance minister says the government is open to at least considering proposals for a casino in the province.

Province would give formal proposals a ‘fair look,’ according to finance minister 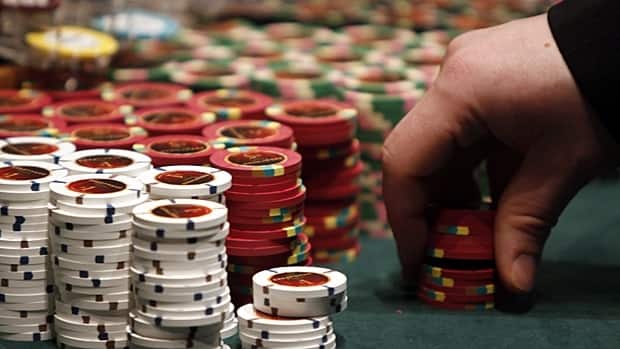 6 years ago
2:10
N.L. finance minister says any formal proposal for a casino will be reviewed by government 2:10

Newfoundland and Labrador’s finance minister says the government is open to at least considering proposals for a casino in the province.

That’s a shift from Progressive Conservative government policy over the past decade — a stand flatly rejecting the concept.

“I think it's fair to review any proposal that comes in, whether it be for a casino or what have you,” Finance Minister Charlene Johnson told CBC News.

“I think we have an obligation if somebody puts that level of work and detail into a formal proposal, I think it's only fair to review that. Our current policy is no casinos, but we'd have to give it a fair look.”

Does that mean the door is open at least a crack for the establishment of a casino in the province?

“The door is open,” Johnson said. “One proponent has come in and had a discussion, but it was more of a pitch, not a proposal, per se. I wouldn't flatly rule it out. But I am guided by our current policy, which is no casino. But we're open to hearing people all the time.”

Newfoundland and Labrador is the only province in the country without a casino.

“At the time, that was our belief as a government, that we did not want a casino,” she said, citing problem gaming as a concern both here and throughout the Atlantic region.

But things change. People's views change. So we have to be open to change as well. - Finance Minister Charlene Johnson

“But things change. People's views change. So we have to be open to change as well.”

Johnson says the province gets occasional pitches, including one in the past few months for a “racino” ​— a combined horse-racing track with casino-style slot machines.

That proposal was preliminary, the minister says, and did not get to the level of whether table games such as blackjack would be involved.

Johnson says the province would seek public input before considering any policy change, and it would ultimately be a cabinet decision.

Until now, the Progressive Conservative government has repeatedly ruled out even the possibility of casino gambling in the province.

The Tories took power more than a decade ago.

In 2004, then-premier Danny Williams slapped down the idea in response to a question in the House of Assembly.

“To my knowledge there was a proposal of sorts ... as to whether there was any interest in a casino in the province,” Williams told the legislature at the time.

“To my knowledge, that has been just flatly rejected.”

The casino concept resurfaced publicly six years later, when the company selling the Battery Hotel floated it as an option for the St. John’s landmark.

Tom Marshall — then the finance minister, now the premier — said no dice.

"Our policy doesn't permit casinos in the province, there's been no change in that policy,” Marshall said in May 2010.

Asked by a reporter if there was any possibility he might reconsider it if he received an application, Marshall said “no.”

Earlier this year, CBC News used provincial access-to-information laws to ask for government briefing materials, correspondence, and policy papers on the casino issue over the past couple of years.

Most of the information was redacted, because of cabinet secrecy and commercial sensitivity.

The documents released do reveal some details on a 2012 proposal for a public-private partnership to develop a casino at an undisclosed location in the province.

An April 2012 government information note questioned “whether any material fiscal or economic gains could be achieved, or whether they are worth any social policy trade-offs.”

The document noted that the casino would attract few tourists, with most of its patrons being locals, and additional revenues to the government would possibly be offset by drops elsewhere.