Islander RV expects to be back in business within a week, after fire guts upstairs

Building housed millions of dollars worth of ATVs, snowmobiles, trailers and vehicles

A Grand Falls-Windsor business that went up in flames on Tuesday night won't be kept down for long.

Tony Martin, general manager of Islander RV, told CBC News he hopes to have the store up and running within a week, without any long-term impact on business.

"To our customers, please be patient with us," he said. "We've got some clean up to do, but we'll be back as fast as we can."

The fire was contained to the upstairs of the building, where there are apartments for business use.

The work of the Grand Falls-Windsor Fire Department saved the lower level from being engulfed, Martin said, with millions of dollars in merchandise on the line.

"These guys were running up over the stairs to check and see if there was anyone in there, no questions asked … we want everyone to know we appreciate the help."

"Crews made entry and tried to get to the second floor and just as we did that of course the fire came through the roof," said Mackenzie. "So we attempted a quick knockdown, it didn't work." 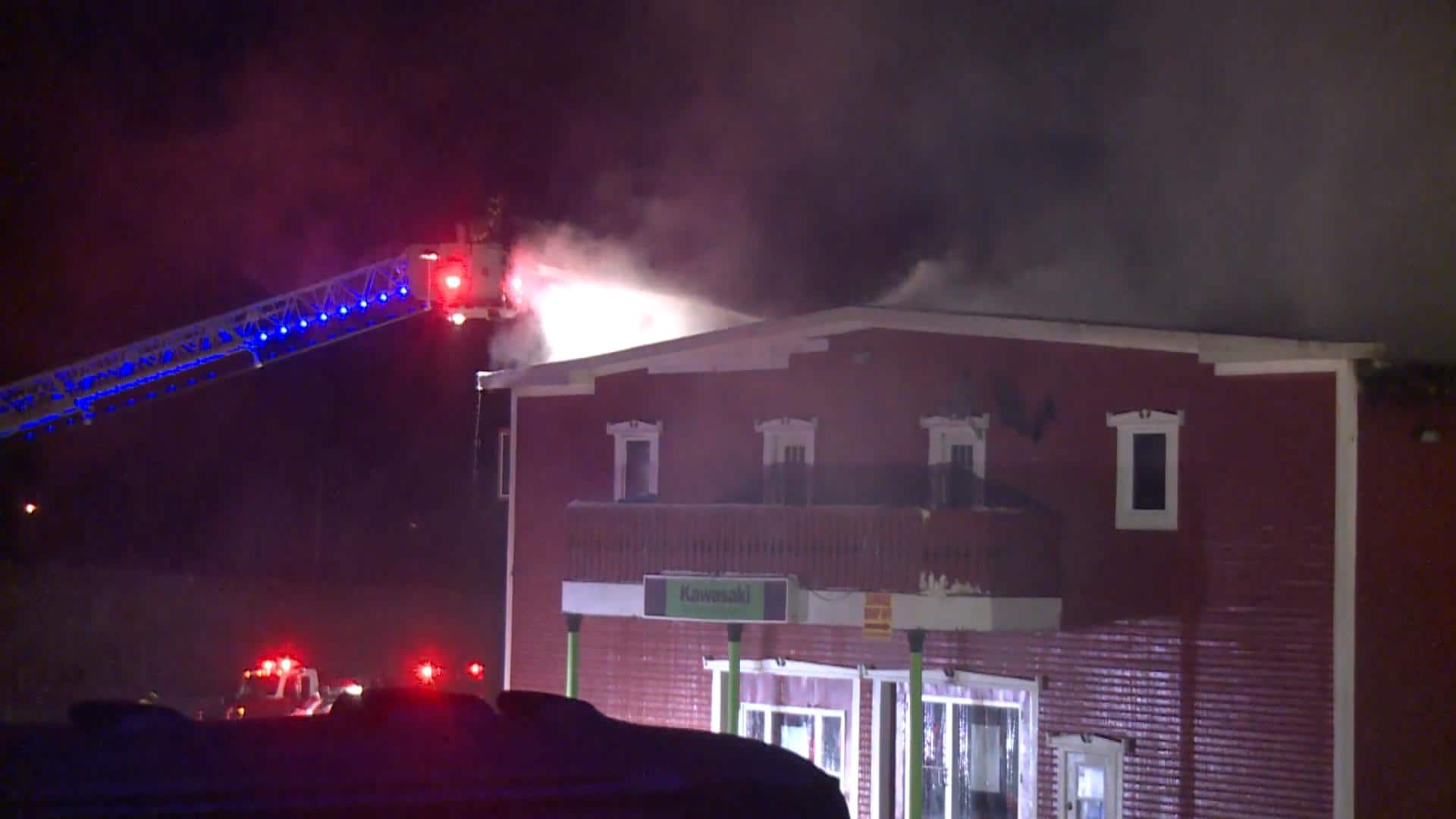 Mackenzie said firefighters then went into a defensive attack mode to save the building.

Nobody was in the apartments or the store at the time.

The building had a fire wall separating and protecting a showroom full of trailers, ATVs and other equipment.

"I'd say that the save here will be in the millions," MacKenzie told CBC News. "But the loss will probably be very expensive as well."

Colleen Gosse, who lives just down the road from the business, said the fire has engulfed most of the building. She's wondering whether she will be asked to evacuate tonight.

"I'm not really feeling too much right now, just taking it all in," she said. "They seem to be keeping it pretty down right now."

Gosse said the fire broke out at about 9:00 p.m. She says she lives in the closest house to the building.

"You look out, the fire truck got the ladder up to the middle of the building. It's where the parts department is, that's where it seems like it might have started, I'm not sure."

"On the right side, the firemen are there with hoses aiming at the side of the building."

"There's some smell of rubber, too. Whoa. It's here in the house, everywhere."