Dancer Bageshree Vaze on reconciliation, diversity in the arts and summer camp games

The renowned Kathak dancer and singer immigrated to the province with her parents when she was just one year old. She told CBC Radio's On The Go she has been thinking about reconciliation for some time.

Bageshree Vaze has danced all over the world, but her time spent growing up in St. John's is something that is always on her mind.

The renowned Kathak dancer and singer came to Newfoundland and Labrador with her parents when she was just one year old, and told CBC Radio's On The Go she has thought of her upbringing in the province and the idea of reconciliation for some time.

Vaze recently wrote an article for Intermission Magazine titled "Settlers and Indians," and shared insight on the piece with the CBC's Ted Blades.

Q: Tell us a bit about what's in that article.

A: It was something that I had been ruminating about for quite some time. So Settlers and Indians was a game that we played in camp when I was growing up in St. John's. It's the same thing as the Cowboys and Indians, two sides fighting against each other. But, you know, at the time, we didn't realize that these kind of games were solidifying a certain mythology of where we were living. And over the past year with the pandemic, but also with all the events that took place in 2020, in terms of the calls for racial reckoning after the killing of George Floyd, I was witnessing a lot of discussions. Everybody was coming out with their statements. Black Lives Matter, trying to fight against the historical racism. But, you know, these discussions … I've been witnessing them for years.

It was really interesting for me to also witness how people were appalled by this sudden realization of what had been happening. But … we've sort of accepted and tolerated these things for for 60-70 years when we but we've known about it all this time. It's become such that that tolerance has become solidified. I'm really looking at how this is going to be implemented, this change that should be taking place. How that's going to manifest itself, not just in artists, not just through artists like myself who live this diversity every day of our lives, but how people perceive what it means to be Canadian or what it means to be a Newfoundlander in the arts and in mainstream culture.

Q: As a kid, how aware were you of the idea that you were both an immigrant to this country and thus an outsider, but at the same time, part of that settler culture?

A: Even at that time, the irony was not lost on me, of being in this game. And am I an Indian or am I settler? It's always bothered myself and even my family. And, you know, I think to a certain level, a lot of the Indians and the community.

People move for different reasons, but they're not necessarily going to question the history of where they're coming to. And certainly at that time, this idea of being Canadian was white European. You know, that was so ingrained that it's being Canadian as being French or English. And those are the dominant cultures. We still considered that we're on the periphery of what it means to be Canadian and we just went along with it. We all have our own sort of unconscious way of of living sometimes… we're going through school, we're growing up and we don't necessarily consider the longer term effects of the way that we're living.

Q: You also write in this article that it wasn't until you began your professional career as a musician and a dancer, that you got to actually meet an Indigenous person for the first time and work with some?

A: You know, it's one of those revelations that you're like, 'Oh my God, I've never actually met [an Indigenous person].'  And these are not like these "other" people, they're people just like you and me.

There was never going to be an interaction in our schools. I feel that also has led to this divide of not knowing or not learning about, about their backgrounds or even just meeting.

They don't even call themselves Indigenous. They they call themselves, you know, whatever their particular First Nation background is. Just interact with them, just become friends with them, they're not these different types of people. That's the whole problem. When people think with this whole race and colour construct, [it] is that people have these lines. They're human beings like anybody else, and they have their own creativity and artistic expressions.

Q: I won't ask you to opine on the country as a whole, but as far as the arts world goes … have these last few years of reckoning and realization made a real change?

A: Well, there's a change in the awareness that there needs to be change, shall we say. But it's interesting, as soon as things started opening up again in terms of going back to … theatre audiences and having dance performances like Swan Lake returns.

I think that there's got to be changes in the public funding that has gone to solidify these European institutions and esthetics. I think that they've enjoyed the bulk of federal funding. And I write about this in the essay, and that was firmly established in the 1950s with the Massey Report.

That's really how Canadian arts were built. The arts ecology has been established because of the federal and public funding that have gone into it. And that's something we're very, very lucky to have that. We cannot say the same thing about [it] when it comes to the United States.… If there's a change there by the gradual defunding of European-based esthetics, that includes Western classical music, ballet, all the European-based arts that have these other resources, and to divert that funding towards Indigenous and culturally diverse arts. I think that's where we're really going to start seeing like real change. 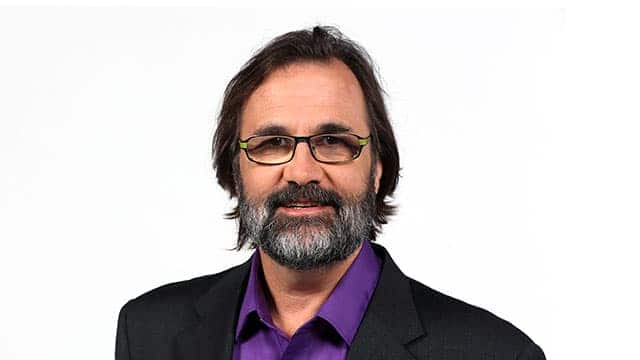 On The Go23:33Renowned Kathak dancer and singer returns to St. John's
OTG speaks with Bageshree Vaze about dance, music, reconciliation, and the death of her father.