People at the church said the relic is a symbol of their faith, and an inspiration to live like St. Francis Xavier.

Arm of St. Francis Xavier on display at Basilica as part of Canadian tour

Roman Catholics in Newfoundland got a chance to be in the presence of a saint — or at least part of one — on Friday.

The right arm of St. Francis Xavier, severed 465 years ago, was at the Basilica of St. John the Baptist in St. John's, its third stop on a Canada-wide tour and its first stop in Atlantic Canada. 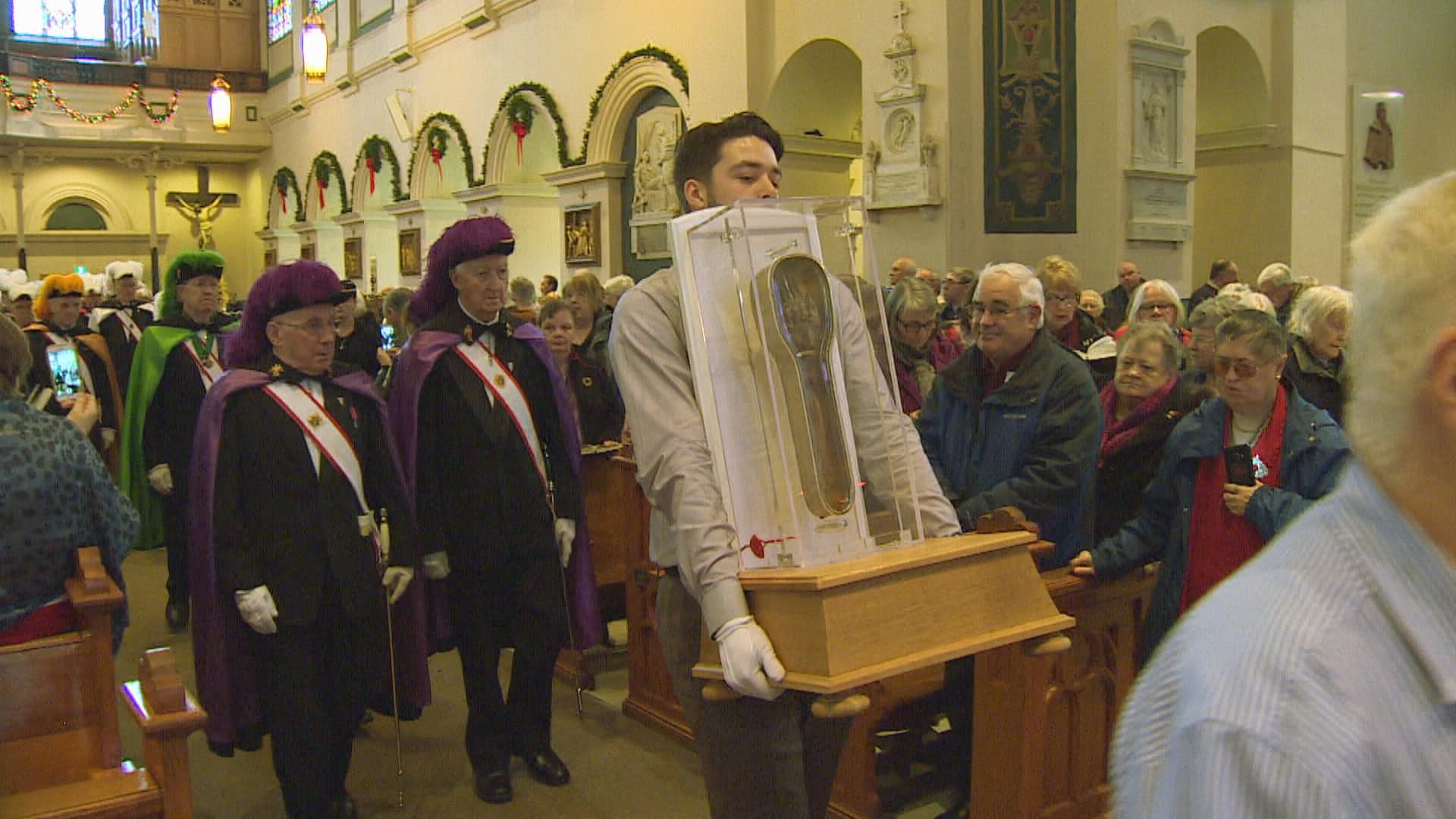 "It was very important," said George Day, a teacher who was at the church to venerate the relic.

"It was a very quiet and sombre time to think that you were here, and that you could receive an extraordinary blessing just for being there with the relic of St. Francis."

The experience was especially meaningful for Day, he said, because the first school he taught at was St. Francis Xavier in Long Harbour.

Just look at those faces - revering a severed arm may seem strange to many, but person after person told me it was an important and spiritual experience for them. St. Francis Xavier’s arm will be on display at St. John’s Basilica until 10PM tonight. <a href="https://t.co/jbq6VcTRo6">pic.twitter.com/jbq6VcTRo6</a>

St. Francis Xavier is said to have baptized tens of thousand of converts with his right arm in the 1500s. When he died in 1552, it is said that his body didn't decompose.

The sacred limb was severed at the request of the Jesuit order.

"This is what — 400, 500 years old — and it hasn't decayed? If that's not an indication of our faith, the Catholic faith, what else is?" said Brendan Rose, who was also at the Basilica on Friday.

"It was wonderful to be in the presence of a saint like St. Francis Xavier," said Colette Fleming, who described the experience as deeply spiritual.

"If we could only follow the example of St. Francis Xavier for our fellow human beings and be present for those who need us, I think it is a powerful calling from St. Francis."