Boy will remain in league where he's skated for three years, after local woman offered to rent him and his grandfather an apartment.

Aries Benuen is happy to be getting back on the ice with his friends in Happy Valley-Goose Bay's Lake Melville Xtreme minor hockey league.

A woman offered up housing for him and his grandfather to live in the town after seeing a CBC story about Aries being disallowed from the league because of residency problems.

"She told me she got a place, to rent. I couldn't say nothing. I was speechless," said Sebastian Benuen.

"Thank you very much," is what Aries, 11, said to the woman who contacted them right after the story aired on CBC's Here and Now last Friday.

Aries played in several high-level hockey tournaments outside of Newfoundland and Labrador last season and plans to again this season.

He was disallowed from playing for the Lake Melville league because he lives in Sheshatshiu, which has a peewee program for the first time.

The league said its policies are in place to help the Sheshatshiu program build, and if it released one player, it would have to do it for anyone who asked.

'Nothing we can't handle'

Sebastian Benuen had been looking for an affordable place to live in Happy Valley-Goose Bay for the past few years. He and his grandson will live in the town for the duration of the hockey season, at least. 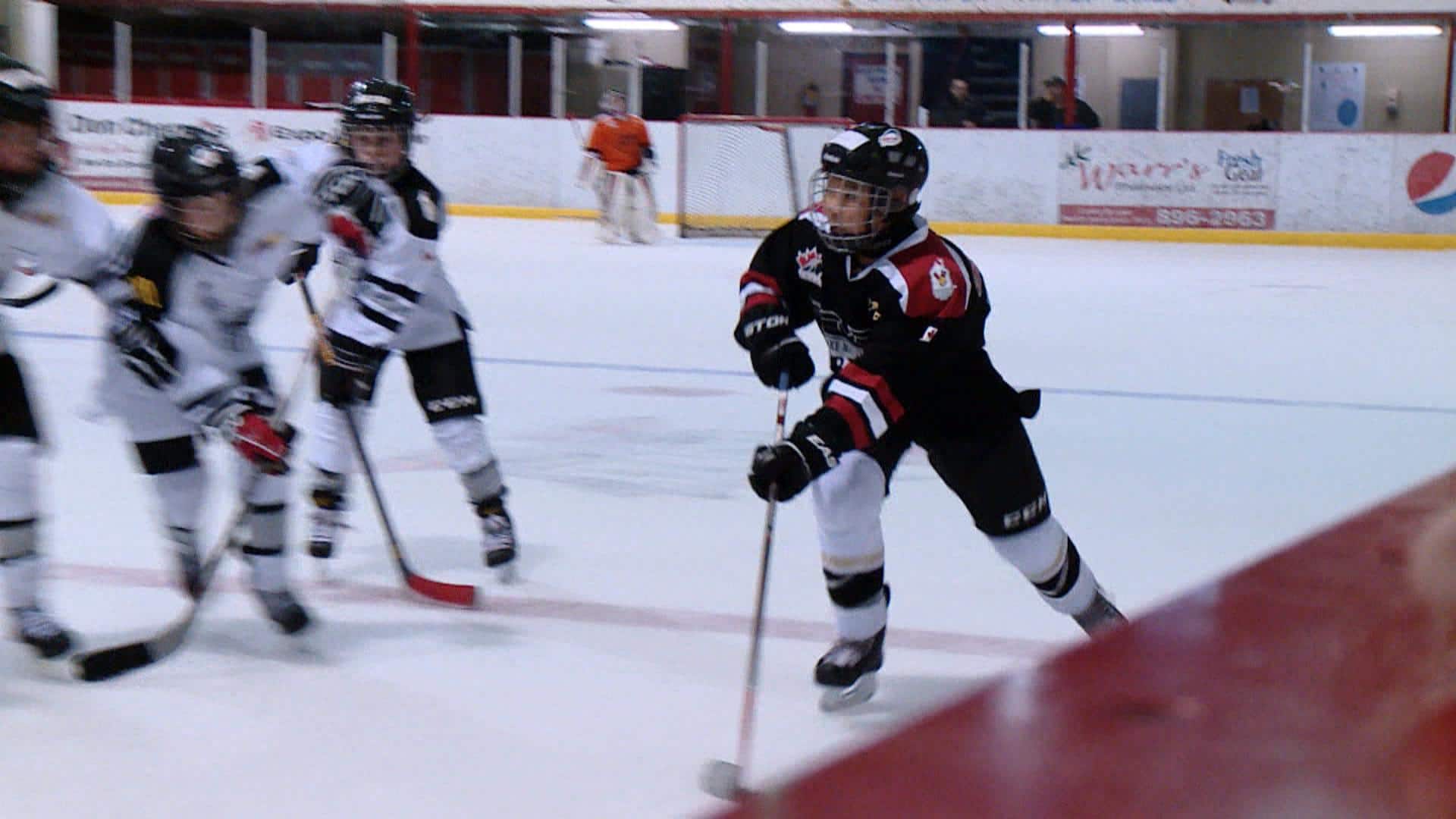 4 years agoVideo
0:58
10 year old Aries Benuen is an all-star AAA hockey player from Sheshatshiu. He was invited to play in tournaments in Quebec and Ontario last year and will be back playing at that level next May. We caught up with him and his grandfather Sebastian Benuen at a game he was playing in the Lake Melville xtreme hockey league. He hopes one day to play for the Washington Capitals. 0:58

Aries and his grandfather both found Happy Valley-Goose Bay to be the more competitive place to play hockey and a better training ground for the tournaments he's planning to compete in this spring in several Canadian cities as well as in Florida.

"This shouldn't happen to anybody who wants to play hockey anywhere. I hope nobody else will go through what my grandson went through for the past six weeks," Benuen said.

"He's excited to play up here in Goose Bay with his friends he's been playing with for the past three years."

Aries played in his first game there Monday.

Jacob Barker is a videojournalist for CBC Windsor.