Anti-abortion protesters are staying far away from a St. John's clinic, two weeks after a court order banned protests within 40 metres of the building. 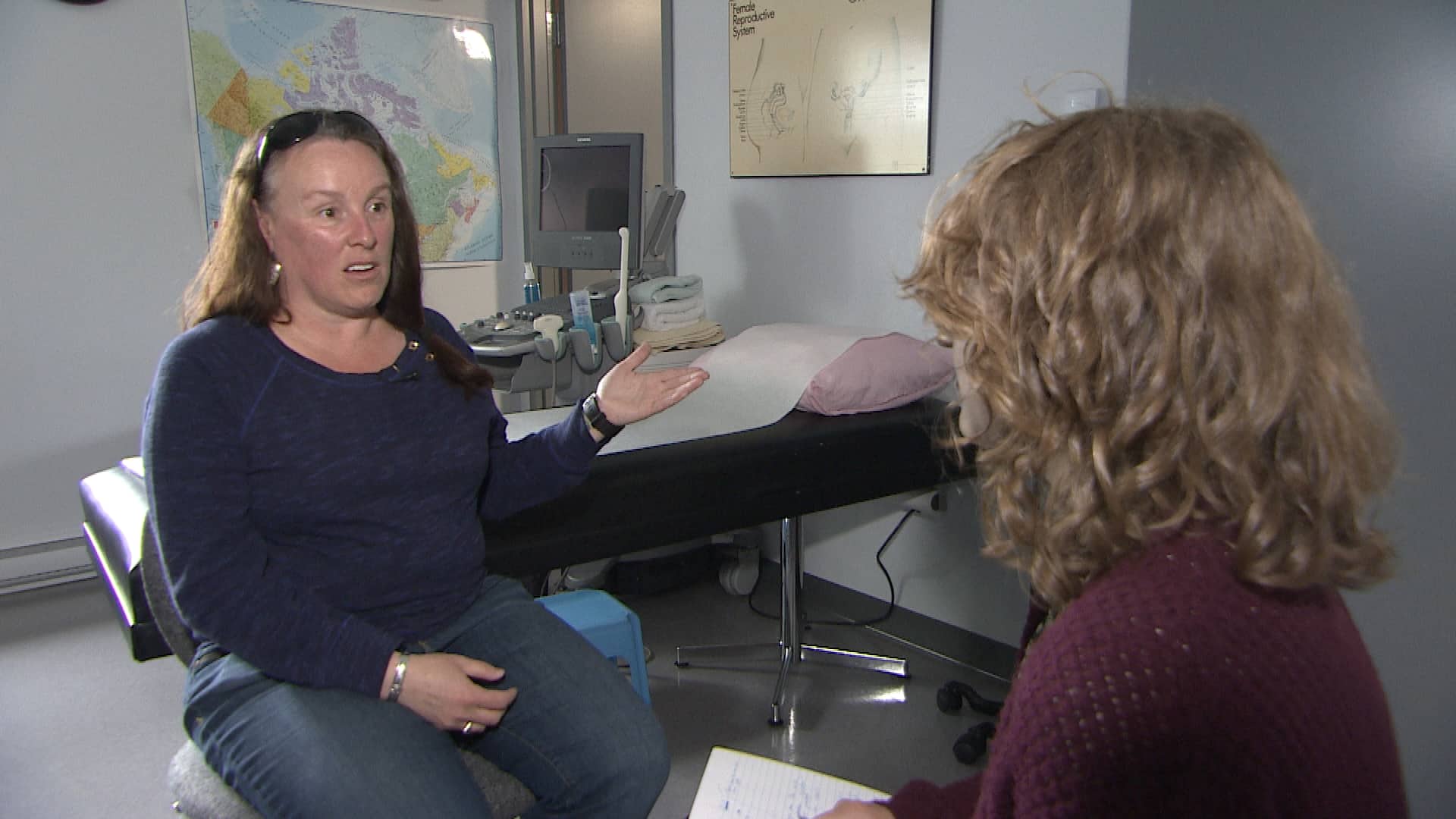 5 years agoVideo
3:09
Rolanda Ryan, owner of the Athena Health Centre, says a lot of tension has disappeared from her building since a court order banned protests within 40 metres of the building. 3:09

Anti-abortion protesters are staying far away from a St. John's clinic, two weeks after a court order banned protests within 40 metres of the building.

Rolanda Ryan, owner of the Athena Health Centre, says a lot of tension has disappeared from her building since the ruling in June.

"It just feels lighter in here. It's been fabulous," she said.

Ryan and her lawyer Lynn Moore reached an agreement with anti-abortion protesters in the Supreme Court of Newfoundland and Labrador on June 28. An injunction bans protests within a 40-metre radius of the clinic, as well as in front of staff members' homes.

While the protesters still come, so far they've stayed outside the new "bubble zone."

People now holding anti-abortion signs on the street corner in front of the abandoned Grace Hospital, at least 100 metres away from the clinic.

'Could have been worse' say protesters

"For now this works for us. It's a good corner and there's no businesses around that may find it offensive," said Colette  Fleming, a frequent anti-abortion protester in the area.

"It's very important to us that we still proclaim the pro-life message."

Fleming says she and others will still come out at least twice a week, regardless of how far away they have to stand from the clinic.

She says they will be measuring out the exact 40-metre distance so they can eventually move closer.

Fleming said the 40 metre ban "could have been much worse."

If they had enough money, Fleming said they probably would have challenged the Supreme Court ruling.

However, she said, they already spent roughly $5,500 on court fees, some of which was supplied through private donations.

'A lot of gratitude'

Ryan said she's grateful the protesters are respecting the injunction, as it makes life much easier for her patients.

In the past, Ryan said protesters "intimidated" patients with graphic signs and took photos of people going in and out.

"There's great relief and there's a lot of gratitude and appreciation for not having to encounter that now," she said.

Justice Minister Andrew Parsons said he supports the idea and hopes to table legislation this fall.

"We're still anxious to have that passed because it just gives the law enforcement a little bit more clout to deal with it if anybody does breach that bubble zone," Ryan told CBC.

British Columbia has had a similar "bubble zone" law has in place for several years.