For nearly two decades, St. John's resident Anthony Barry played the same numbers for every Lotto 6/49 draw, and on Dec. 10 his persistence paid off. 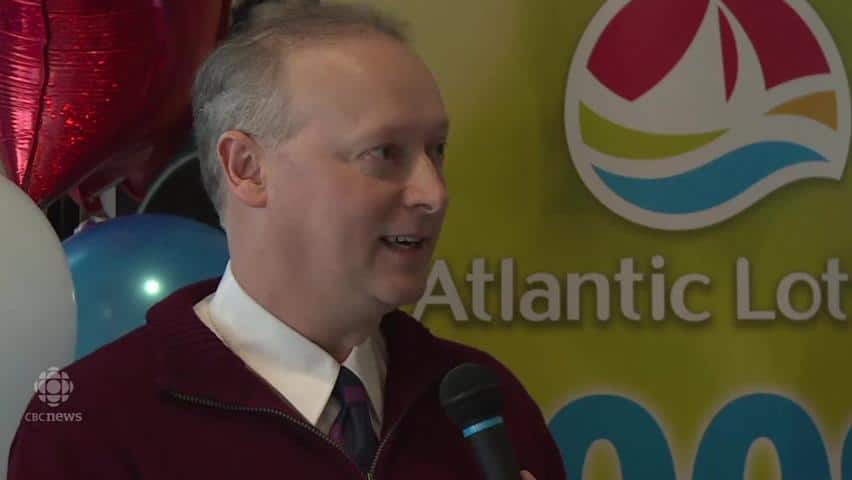 For nearly two decades Anthony Barry played the same numbers for every Lotto 6/49 draw, and on Dec. 10 his persistence paid off.

Barry, from St. John's, was presented with a $7-million cheque from the Atlantic Lottery Corporation Tuesday at the Jag Hotel on Water Street.

The former teacher said he checked his ticket on Thursday, after he read that someone in the St. John's area had won the Lotto 6/49 draw.

"I looked at the numbers and I started to recognize those numbers … and my heart started to beat and I said, 'I think that I won the jackpot,'" Barry said during his cheque presentation.

"I never thought it could be possible. It's just amazing … it's unreal, it feels like it just never happened," he said.

"I played those numbers for years and sometimes I wouldn't get a free ticket, nothing — but I'd say, 'I'm going to keep playing them.'"

Barry kept news of his big win close to his chest after he realized his numbers were the winning numbers.

Barry said he has no immediate plans for the winnings.

Lawton's Drugs on Topsail Road, where Barry purchased the ticket, will receive a one per cent seller's prize totalling $70,000.