Happy Valley-Goose Bay’s Amy Curlew is joining the big leagues this weekend, as she makes the jump from U.S. college hockey to the National Women’s Hockey League.

Coach describes Curlew as an 'Energizer bunny on the ice'

Happy Valley-Goose Bay's Amy Curlew is joining the big leagues this weekend, as she makes the jump from U.S. college hockey to the National Women's Hockey League.

On Saturday, Curlew and her Toronto Six teammates will hit the ice for the first time in Lake Placid, N.Y., where the NWHL is holding its regular season and playoffs in a bubble in the leadup to the Isobel Cup final on Feb. 5.

Curlew said playing pro hockey is a great chance to develop as a player and help grow the sport for women.

"I think it's a great opportunity and there's definitely a lot of people that are pushing for us, and honestly, the NWHL is a great platform for women's ice hockey players and women athletes in general," she told CBC Radio's Labrador Morning.

"We got a lot of great people helping us out and I think it's just phenomenal what they're putting together."

Curlew was drafted in April by the Six, the NWHL's newest team and first team to play in Canada, based on the strength of her play while at Cornell University, where she put up 22 points in 32 games this year in a pandemic-shortened season.

Her new coach, Margaret (Digit) Murphy — a fellow Cornell alum — noticed Curlew's game at the university and said she's a player who can play in all situations, in addition to being a "phenomenal human."

"She stood out to me as someone who has energy for the game.… I think she has so much untapped potential and I think as players get older, they get better, they get more confident, and Amy's that kind of player that you can depend on," said Murphy.

"She's there every day, working hard, comes with a smile on her face, has a lot of fun. And I think the other thing that inspires me is that other players are inspired by watching her play, so I think she's a magical Energizer bunny on the ice with us. I just love the way she plays."

But Curlew is humble, despite the praise from her coach, who is among the most successful coaches ever at the highest level of American women's collegiate hockey.

"She knows the game, so I guess she knows what she's talking about," she laughed.

Curlew said her hard-working attitude began while she was growing up and playing hockey in Happy Valley-Goose Bay.

"Starting at that rink back home and starting on my rink that my dad put together for me in my backyard, just shooting pucks, that led to something like Appleby College out here in Oakville, Ontario, which then led to me being able to go to Cornell University," Curlew said.

"I think you need to go into every experience with an open mind, and just understand that you're going to go through some struggles, but you've gotta push through it.… If you're willing to do it, it's attainable."

Murphy said Curlew's qualities as a skilled player and an inspiring person were just what she and the Six were looking for when they drafted her eighth overall.

"When we built the team, it was really around more of a mindset than talent," she said.

"What separates the Toronto Six and the culture that we build is how the connection and the mission is similar.… Do you want to play for a team that stands for, yes, women's hockey, great competition, but also being heroes, leaders and role models for the next generation?"

With a team full of leaders and role models, Murphy said, her team will be able to compete on the ice, while creating opportunities for future female players who might not otherwise have a place to play just as they're entering their prime hockey years.

"What happens is a lot of these players, they're just done and it's a hard stop in their NCAA career and there aren't a lot of opportunities post-college," she said.

"What the NWHL is doing is they're affording players like Amy, and all the players on our team, top to bottom, opportunity to play post-collegiately, which quite frankly, I believe women deserve." 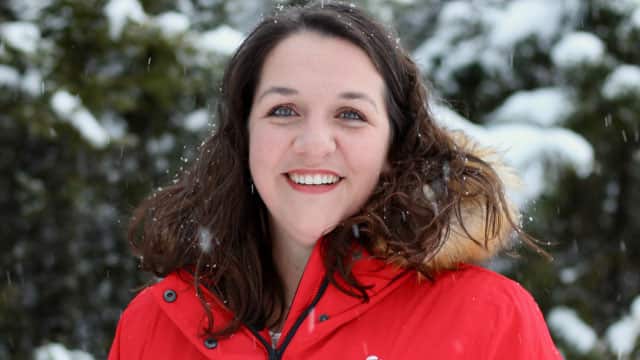