Some of the most obvious signs in Newfoundland and Labrador of Alberta's oil industry downturn can be found at St. John's International Airport, which as many as 30,000 transient workers used to use each year.

Casualties of the Collapse: Transient workers used to flood through N.L.'s largest hub 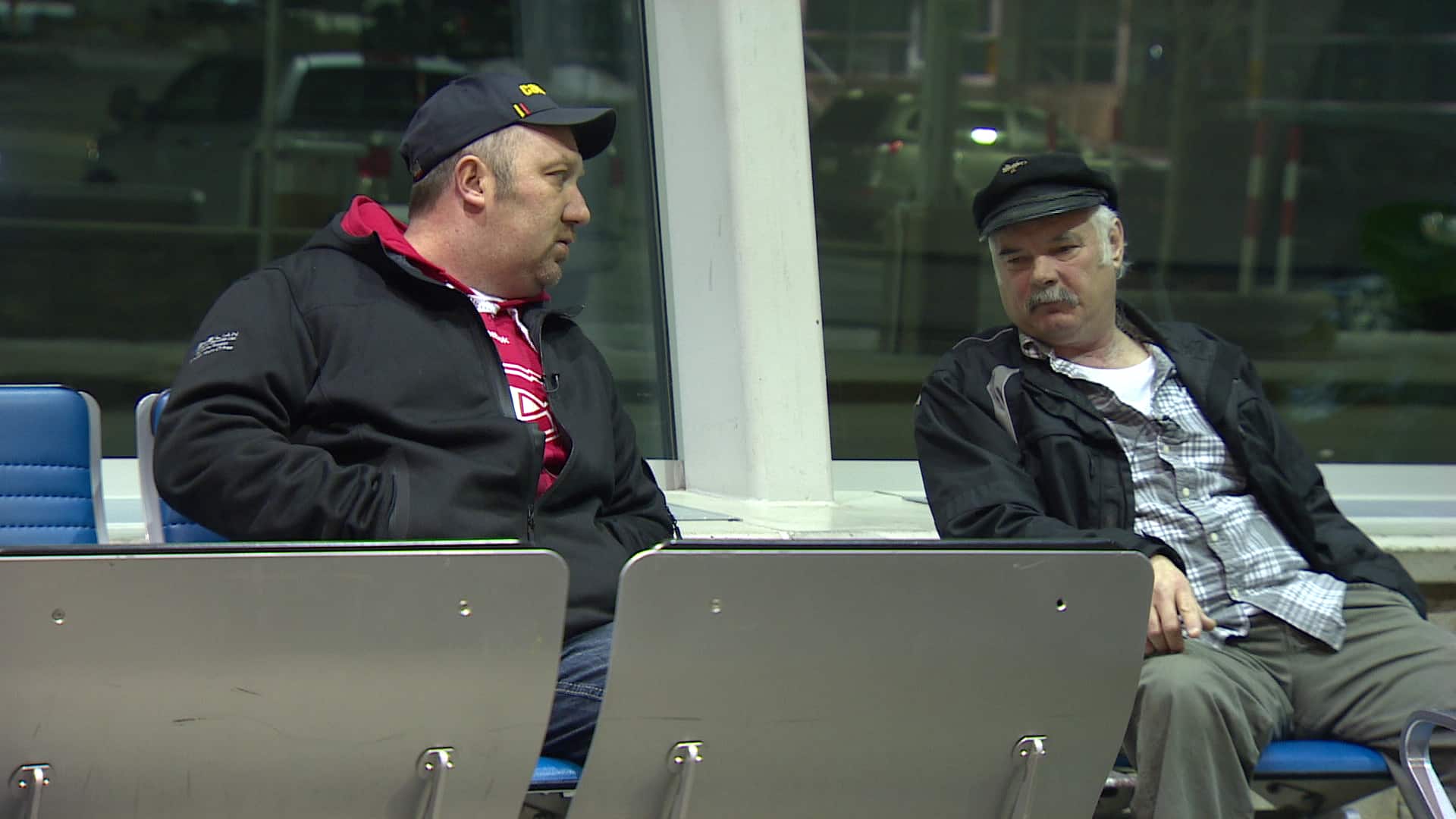 The airport's a familiar place to workers who commute to jobs in the oilpatch or mining industry.

Some of the most obvious signs in Newfoundland and Labrador of Alberta's oil industry downturn can be found at St. John's International Airport.

To see these signs, you have to wake very early in the morning.

Around 4 a.m., long before most alarm clocks start ringing, you'll see them.

That's when the dwindling number of workers who commute to and from Alberta's oil patch can be found, sitting in the terminal, waiting to board a flight out West, or for a ride to their homes in communities all over the province.

For years, many rural communities have been propped up by big wages earned in Alberta and Northern Canada.

It peaked in 2014, when approximately 30,000 passengers boarded charters in St. John's and flew directly to the oilpatch. As many as 10 flights a week took them there.

Oil prices then were above $100 US per barrel, and companies were spending billions on new projects to capitalize on the bonanza.

It was impossible not to notice the vast number of skilled trades workers and other specialists making their rotational trips to and from what seemed to be an endless number of jobs in the lucrative oilsands near Fort McMurray.

Change of atmosphere at the airport

But the collapse in oil prices that began about 18 months ago has significantly changed the atmosphere at the airport, and indeed in many communities throughout the province.

Those charter flights were abruptly cancelled last spring. Workers now fly commercially across Canada, sometimes at their own expense.

Jim Whiffen of Rushoon has seen the changes — both at the airport and in Alberta — first-hand.

An electrician, Whiffen has worked in Alberta for the past decade.

"If you had been in here, say, five or six years ago and up until this year ... this place would be filled with people going back and forth to Alberta," Whiffen said recently while sitting in the terminal with fellow workers.

"There were planes coming in … planes leaving — full. 737s, full. A hundred and thirty people on them. It's not half as crowded now when we come in," he added.

Worksite numbers cut in half

Passenger traffic was down by four per cent at the airport in 2015, the first decline in many years, and airport officials acknowledge the Alberta downturn was a factor.

Like passenger traffic, the mood among transient workers is also down.

Whiffen said 600 people were employed as his worksite last year. That's now been cut in half.

At 63, Whiffen is hoping to stay gainfully employed until the end of this year, and then enjoy retirement.

He said all his colleagues are nervous about their jobs, especially the younger generation.

"(Many of them) just built houses ... bought new trucks. This time last year everything was looking good. Now it's not looking so good and they stand to lose," he said.

Workers at the airport on this morning tell stories of wage rollbacks of as much as $10 an hour, cuts to overtime and benefits, and a general sense of uncertainty as their long-term employment prospects plummet right along with oil prices.

It's a dramatic reversal for workers who have enjoyed big wages and a standard of living never before imagined in this province.

Crane operator Ken Goodyear of Carmanville explained how Canada's natural resources have benefited him, his young family and his community.

"Between buying campers, dirt bikes for kids and sending kids to Europe for trips and braces ... it all helps. My oldest daughter is 17 now and she got her braces off yesterday. So that's almost an $8,000 to $10,000 bill, time you looks at it," said Goodyear.

"Not everyone can do it. I'm glad I can with the trade that I got, that I can provide for my family the way they wants."

Having worked in the oilsands, Goodyear now works at a brand-new iron ore mine on Baffin Island, but times are tough.

Like oil, ore is at rock-bottom prices. He's hoping for the best.

"The worry is there. You have to stay within your means," he said.

Sitting next to Goodyear is Roger Abbott of Musgrave Harbour, who has worked in Alberta for a decade and recently purchased a pricey new pickup truck.

It's a decision he regrets now that the job market is drying up, and Fort McMurray is slipping into the doldrums.

"Everybody is tightening up their belts," he said. "Things are not like they used to be. A lot of people have left. A lot of suicides ... from what I've been hearing."

Employment in Alberta plunged by 10,000 in January, driving the jobless rate — 7.4 per cent — to a level not seen in two decades.

"There's no lineups at Tim Hortons no more. No job security. It's not a good place right now," said Abbott.