Newfoundland and Labrador has created a new office that will tackle a demographic picture that Premier Kathy Dunderdale describes as frightening. 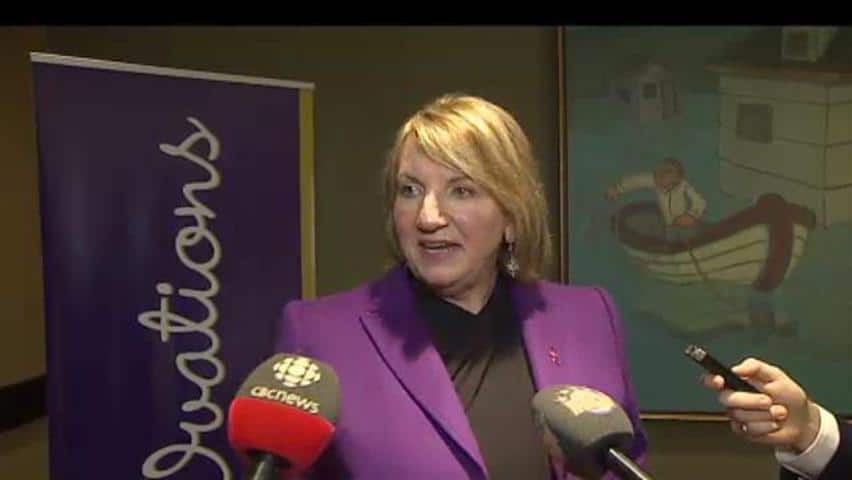 8 years ago
6:45
N.L. Premier Kathy Dunderdale explains the role of the department of population growth 6:45

Newfoundland and Labrador has created a new office that will tackle a decades-long slide in its population and a demographic picture that Premier Kathy Dunderdale describes as frightening.

Dunderdale on Thursday announced that Ross Reid — a former St. John's East MP who has held senior posts with the government, while also working twice as the campaign manager for provincial Progressive Conservative campaigns — is the new deputy minister responsible for the province's population growth strategy.

"We've got to find a way to grow that population," Dunderdale told reporters, acknowledging that the province now has a greying population that is drawing heavily on public services.

"Our demographic is scary," Dunderdale said.

"It's almost inverse of what it ought to be. Instead of this broad base of young working people at the bottom, and narrowing like a pyramid as you go up to your older people ... ours is almost the inverse of that."

Newfoundland and Labrador's population peaked at 580,109 in 1992, the year the federal government declared a moratorium on much of the cod fishery around the province.

Despite some modest growth, Dunderdale said the province needs to do much more. In 2007, then premier Danny Williams introduced a $1,000 incentive to parents for each newborn, with an additional $100 for each of the first 12 months of life or adoption.

The latest census found that Newfoundland and Labrador trailed the other provinces with the lowest percentage of young people.

Meanwhile, Dunderdale deflected questions that Reid's hiring could be perceived as a patronage appointment. She said she put Reid in the job because of his skills, not his connections.

"You don't exclude your supporters when they have capacity," she said.

"This is not just some trivial job [and] that we're taking care of one of our political helpers. This is real work that needs to get done."

Dunderdale said she is most concerned that the smaller cohorts of younger workers will have to be carrying the costs of providing necessary social benefits to older generations.

"We can't drown future generations in debt," she said. "You can't live on a credit card."

Reid was appointed to the job on Dec. 17, although government only announced it Thursday.

Dunderdale said Reid's focus will include providing supports for young families, and drafting an immigration policy.