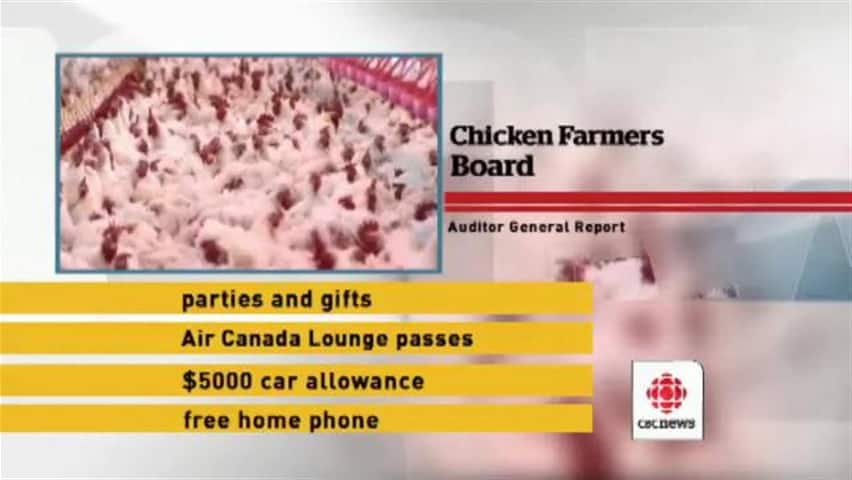 "In many instances, expenditures by the three commodity boards for such things as board remuneration, employee compensation and leave entitlements, travel and entertainment, and other discretionary expenses were inconsistent between the three boards, inconsistent and above the amounts provided for in government policy and, in our opinion, in some cases, were not an appropriate use of board funds," Loveys wrote in his annual report.

The agriculture boards have been told to justify their spending, and get better receipts for things like meals and entertainment, including alcohol bought for trips and socials.

People who run private businesses agree there's a lot of room for improvement.

"It's about ensuring that every dollar that goes into the system is used in the most efficient and prudent manner," said Richard Alexander of the Newfoundland and Labrador Employers Council.

The agriculture boards have defended themselves against the auditor's criticism.

They think their spending was appropriate, but they do agree there's room to improve when it comes to the paperwork.